Gun ownership is on the rise across Europe, according to a Wall Street Journal report, which attributes the upturn in part to the increase in terrorist activity in the region as well as a general insecurity against rising crime.

The Monday report also cited the Small Arms Survey, which noted the number of Europe’s unregistered weapons outnumbered legal ones by 44.5 million to 34.2 million in 2017. Many of the firearms came from former war zones or were purchased online from various vendors.

Gun violence has increased alongside gun ownership, at least according to police statistics since 2015 in France, Germany and Belgium.

“Europe represents the largest market for arms trade on the dark web, generating revenues that are around five times higher than the U.S.,” a recent Rand Corp. report stated, according to WSJ.

Europe accounts for less than 10 percent of the 857.3 million guns owned worldwide, the WSJ report noted, but the “rapid” increase is notable as it comes under a region with strict gun laws.

Most registered guns in France, Germany and Belgium are only permitted for use in shooting ranges, WSJ reported, and obtaining permits to use them outside the ranges is difficult.

The number of Germans carrying “small arms,” including as flare guns and alarm pistols, has doubled since horrific New Year’s Eve events of 2015. Headlines across the country read “Night of Shame” and “New Year’s Horror” after over 1,000 men reportedly took to the streets and sexually assaulted and robbed hundreds of women. (RELATED: Five Israeli Minors Arrested In Fatal Stoning Of Palestinian Mother Of Nine)

Those “small arms” can easily be converted to lethal weapons, according to a report from The Times. 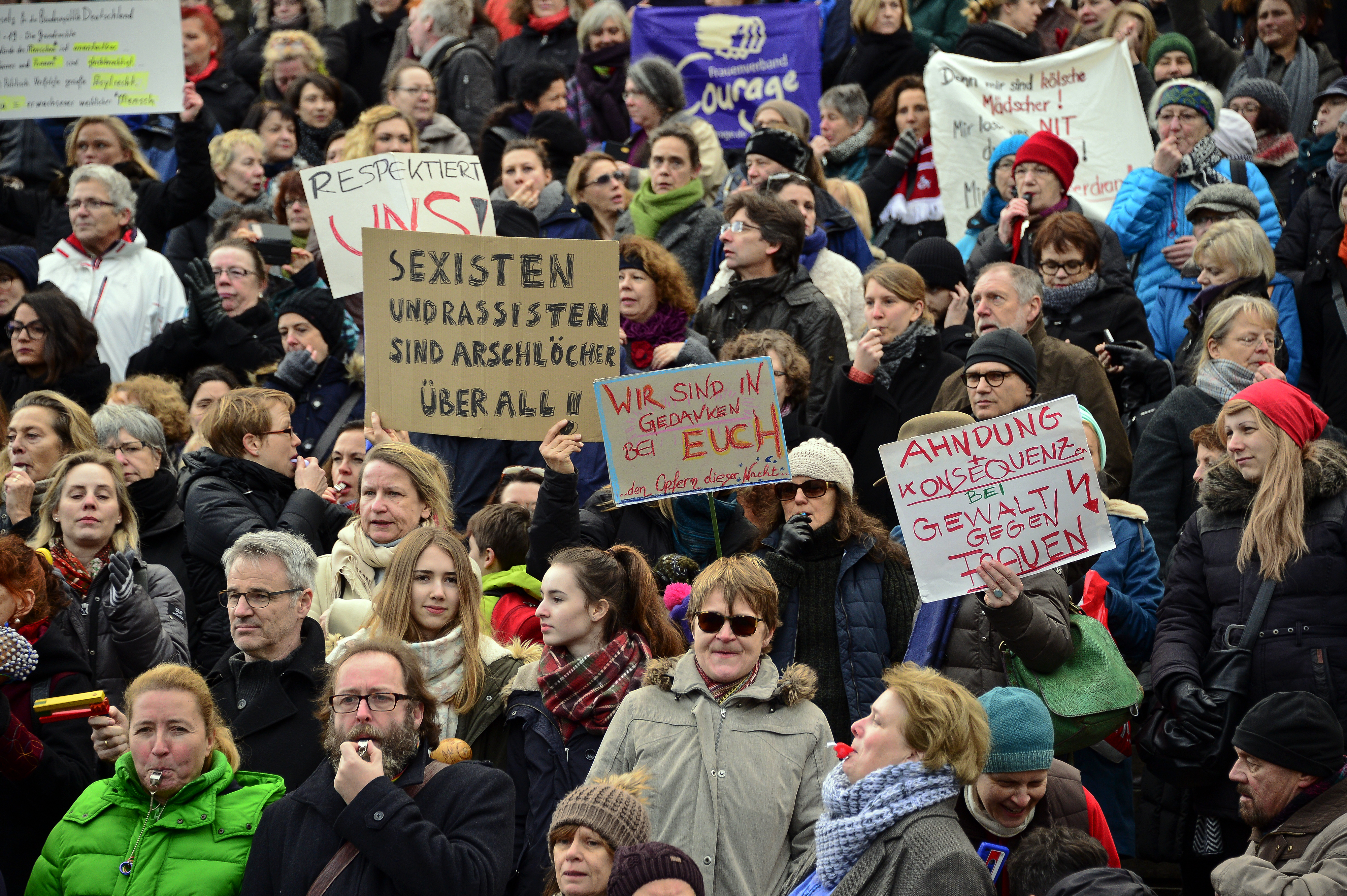 A flashmob gather in front of Hauptbahnhof main railway station to protest against the New Year’s Eve sex attacks on Jan. 9, 2016 in Cologne, Germany. (Photo by Sascha Schuermann/Getty Images)

A 26-year-old Berlin student interviewed by WSJ said she applied for a gun permit immediately following reports of mass sexual assault and guessed many other women would do the same.

“If I don’t do it now, I will have to wait maybe another half year,” Carolin Matthie told WSJ.

Germany alone saw the number of legally registered guns rise 10 percent to 6.1 million from 2012-2017 and the number of applications seeking to use guns outside of shooting ranges tripled over those five years, according to Germany’s National Weapons Registry.

“With each terror attack, the legislation gets stricter,” Sebastien de Thomaz, a gun range owner in Brussels, told WSJ. “For the black market, everything stays the same,” he added, commenting on the changing gun policies that have come with the rise in crime.

Gun use is rising in Europe, however, the U.S. still holds the top spot globally.

A Small Arms study, published in June, stated that of the 857 million civilian-held firearms estimated in 2017, 393 million are in the United States, which is more than those held by civilians in the other top 25 countries combined.

In other words, four out of 10 firearms are in the hands of U.S. citizens, a Small Arms press release added.