A suspect associated with the MS-13 gang will be tried for allegedly paying for sex with a 14-year-old girl, then blackmailing her with video of the encounter.

Felix Silva-Zuniga, 52, has been scheduled to be tried in Montgomery County Circuit Court for allegedly paying the gang leaders $100 to allow him to have sex with a 14-year-old girl, recording a video of the act, and then blackmailing her into continued sexual relations using the footage.

NEW: This ‘MS-13 associate’ paid gang leaders $100 to have sex with a 14yo girl, and then secretly filmed the encounter, MoCo police say.

52yo Felix Silva-Zuniga allegedly used that video to blackmail the teen for more sex.

It happened inside of a home near Wheaton High School. pic.twitter.com/S1iprjuwxt

The girl was reportedly a human trafficking victim of the “Pinos Locos” clique of the MS-13 gang in Wheaton, MD. Investigators obtained information from a high ranking MS-13 member that she was a waitress at Lilly’s Restaurant, where her job was to “conduct cocaine and marijuana sales, and serve alcohol to customers.”

When the teen told the gang she wanted to quit her job, authorities said the MS-13 members took her to a house on Valley View Avenue in Kensington and beat her with a baseball bat.

An affidavit filed in the case quotes a source who said they saw the girl after she was beaten and she had discolored arms and legs. According to the affidavit, the girl was then pimped by the gang to men willing to pay $100 to have sex with her.

The victim recalled walking with MS-13 members one night to Umberto’s Night Club, a couple of blocks away from Lilly’s Restaurant, and being coerced by gang member Willian Benavides-Pena to flirt with an older man only then known as “Felix.” Benavides-Pena reportedly told her, “I know you don’t want to do it, but I need this, this man has a lot of money and I need you to do me a favor.” 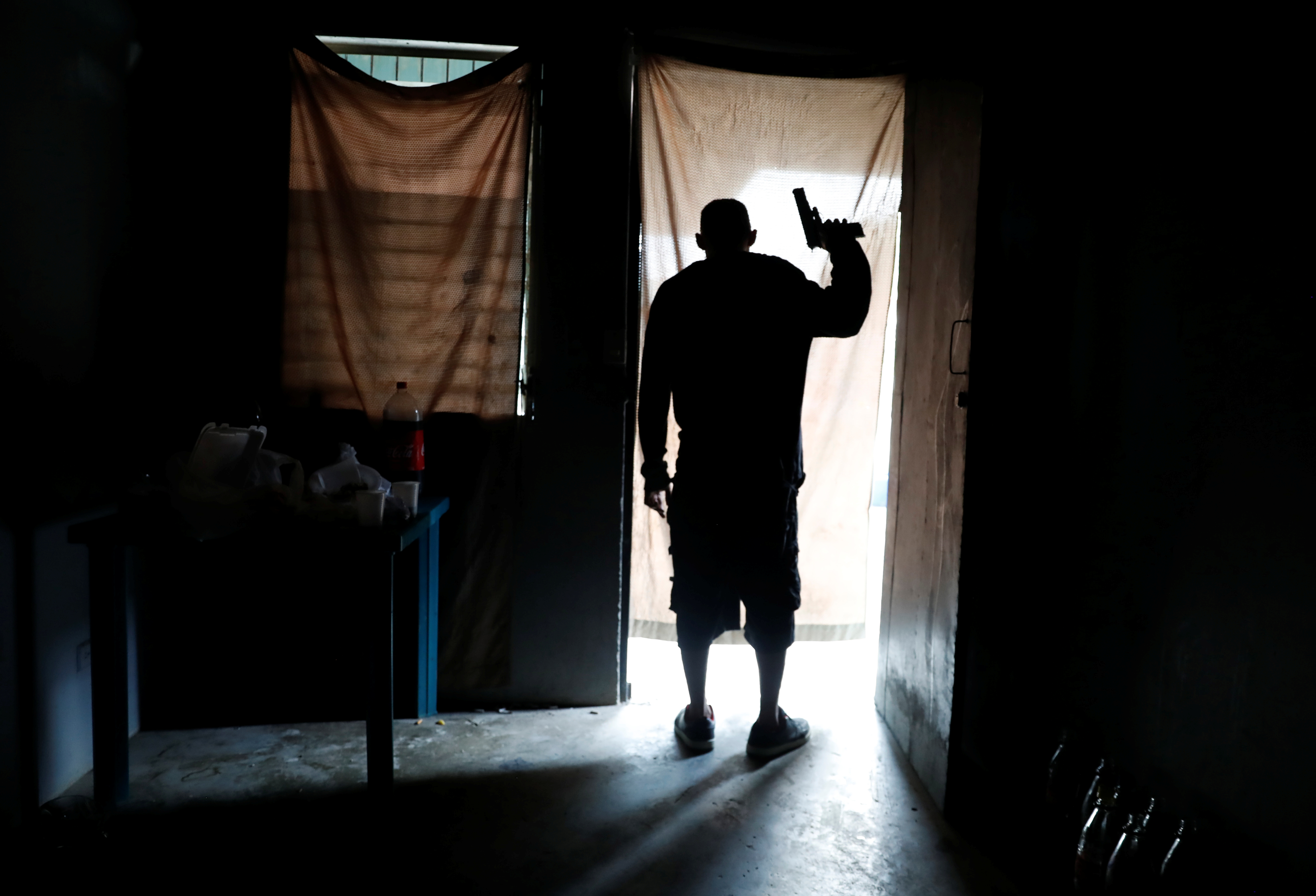 A member of MS-13 street gang looks out from a house as police patrol the street outside, in San Pedro Sula, Honduras September 29, 2018. The man was injured during a shoot-out between rival gangs MS-13 and Barrio 18 and died later of his injuries at a local hospital, according to a police report. REUTERS/Goran Tomasevic

The victim got into a taxi with Felix, and they were later dropped off at a home along Bluhill Road near Wheaton High School. Once inside, Felix led her to the basement of the house where he told her to “just get comfortable.” Despite her informing him that she was only 14 years old, Felix allegedly proceeded to have sexual intercourse with her.

Afterward, Felix reportedly told the girl that he had recorded the sexual act and that he would make it public if she did not agree to continue meeting with him regularly. The victim finally confided in Montgomery County Police after they had arrested a local group of MS-13 members in 2017, agreeing to cooperate in a law enforcement agenda to root out MS-13 from the suburbs of Washington D.C. (RELATED: U.S. Border Agents Arrest MS-13 Gang Member ‘Intending On Filing For Asylum In The United States)

In July of 2018, Police sought to interview the man known as Felix, but when they arrived at the Bluhill Road address given by the female victim, they were told that he had moved out four months earlier. Later the same day, police spotted Felix at a Home Depot in Aspen Hill where he reportedly loitered frequently. Police arrested the 52-year-old, and U.S. Immigration and Customs Enforcement confirmed was in the U.S illegally. His trial is set to begin Monday, Jan. 13, 2019.