A group of Republican Senators introduced legislation Friday that would permanently prevent the federal government can never shut down.

This comes as the government has been partially shutdown for 21 days. Republican members of congress have lobbied members of Congress to reach an agreement on a bill that would fund the government and protect the borders.

“It’s disappointing that both sides didn’t resolve this matter weeks ago. Shutdowns inevitably costs taxpayers more money once the government reopens. I hope that both parties come together and reach an agreement that brings a resolution to this issue as quickly as possible,” Portman said in a statement.

“Moving forward, we should end government shutdowns for good. This bipartisan legislation will accomplish that goal, providing lawmakers with more time to reach a responsible resolution to budget negotiations, giving federal workers and their families more stability, and ensuring we avoid disruptions that ultimately hurt our economy, taxpayers and working families,” he continued. 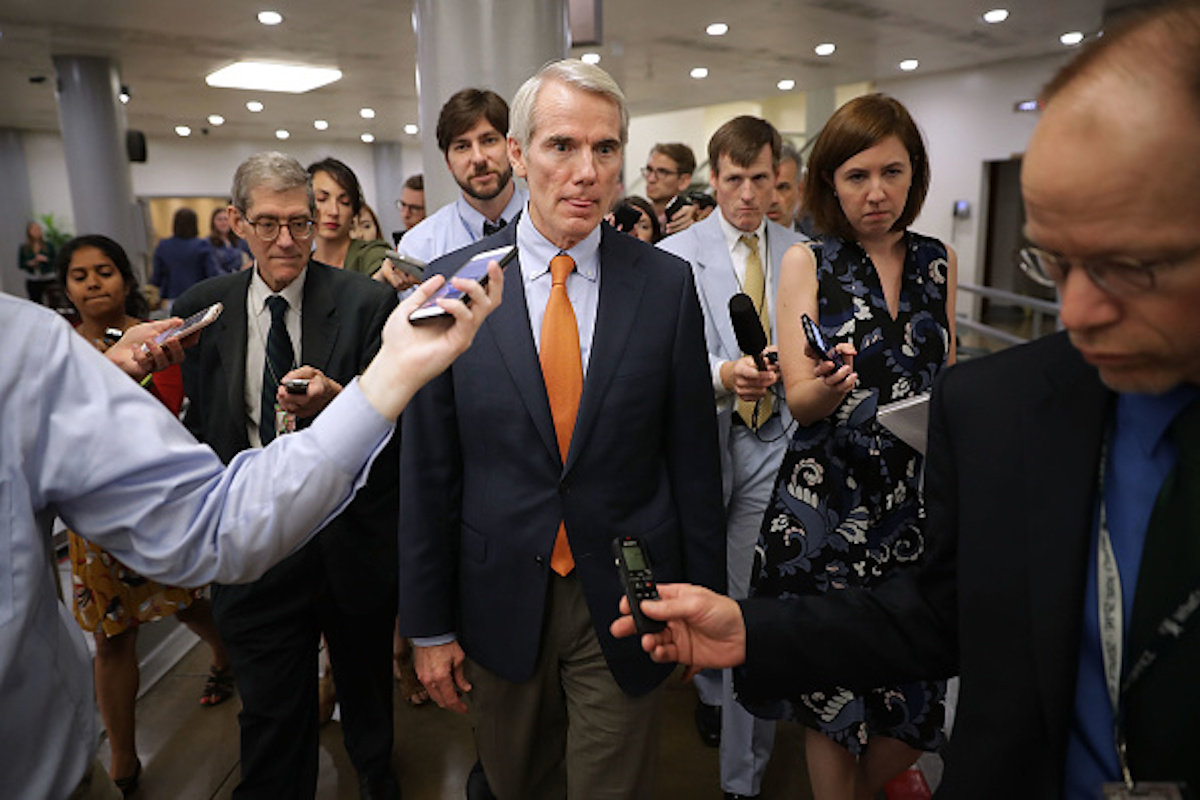 Sen. Rob Portman is pursued by reporters following a vote at the U.S. Capitol July 31, 2017 in Washington, DC. (Photo by Chip Somodevilla/Getty Images)

Daines, who also sponsored the bill, echoed a very similar message, saying government shutdowns do not work and that this legislation will help hold members of congress accountable of keeping the government open.

“Shutdowns don’t work. Yet we’re seeing them happen time and time again,” Daines said in a statement. “The End Government Shutdowns Act will hold Congress accountable to funding the government and ensure that hardworking folks aren’t paying the price for the partisan, political games being played in DC.”

Daines introduced a bill on the Senate floor Thursday that would withhold the pay of members of Congress during future government shutdowns. The bill, sponsored by Republican Texas Sen. John Cornyn, comes hours after Daines announced he sent a letter requesting the secretary of the U.S. Senate withhold his pay during the ongoing partial shutdown of the federal government. (RELATED: Daines Introduces Bill Withholding Pay From Congressmen During Government Shutdowns, Others Join)

Trump was on Capitol Hill Wednesday for a meeting with Republican senators to discuss the shutdown and border wall funding. He said Republicans were “unified” after the meeting.