President Donald Trump will not yet declare a national emergency at the U.S. southern border as a partial government shutdown enters its 21st day, he told reporters Friday at a border security briefing.

“What we’re not looking to do right now is national emergency,” Trump said, per the White House press pool, adding, “I’m not going to do it so fast.” Trump has been hinting in recent days that he will declare a national emergency if Democratic lawmakers continue to rebuff him at every turn in negotiations. A national emergency declaration would allow him to begin construction on a border wall with military funds.

President Donald Trump talks to reporters as he visits the banks of the Rio Grande River during the president’s visit to the U.S. – Mexico border in Mission, Texas, U.S., January 10, 2019. REUTERS/Leah Millis

The dispute centers on a high-stakes fight between Trump and Democratic lawmakers over wall funding, with the president demanding $5.7 billion and the opposition offering up only $1.6 billion. Trump has made several counter-offers to Democrats to try for a breakthrough in negotiations, but Democrats have insisted that they will not offer any more than $1.6 billion unless the federal government is re-opened.

Congress adjourned Friday evening, guaranteeing that the partial government shutdown will extend at least 24 days. Trump urged Congress to come back and vote on a deal, though three separate meetings with Democratic lawmakers have yet to yield any results. 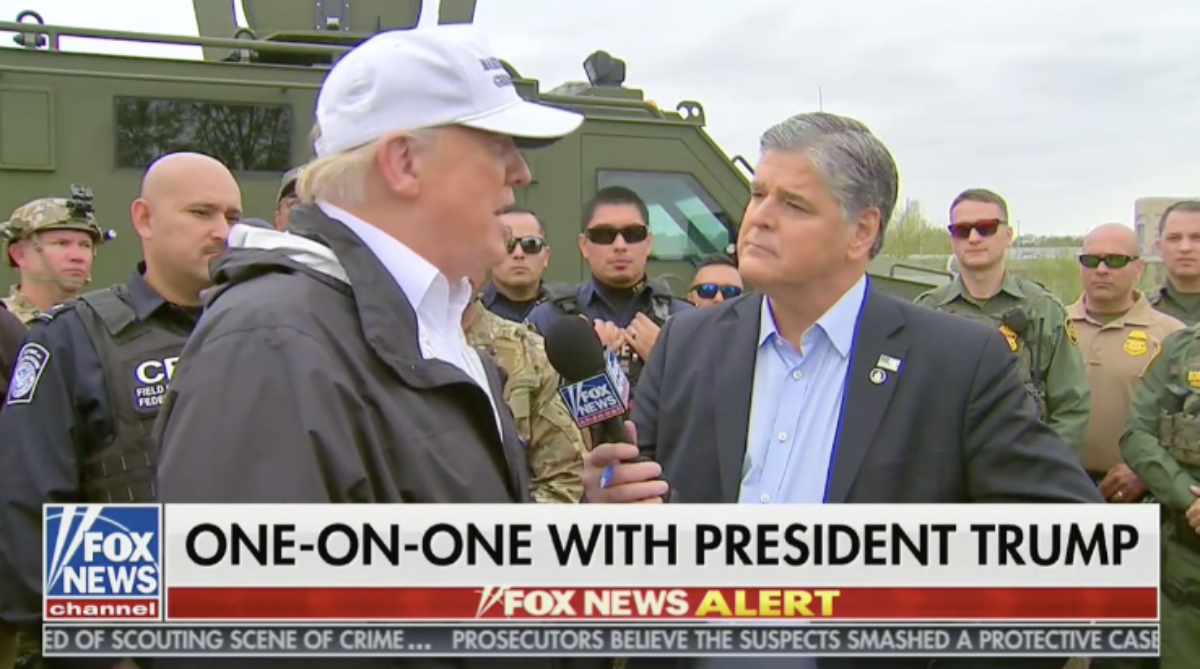 Trump told Fox News Channel’s Sean Hannity on Thursday evening, “Now if we don’t make a deal with Congress, most likely I will [declare an emergency]. I would actually say I would I can’t imagine any reason why not because I’m allowed to do it. The law is 100 percent on my side.” (RELATED: Here’s What Would Happen If Trump Declared A National Emergency To Build The Wall)

The president also told Hannity that the White House counsel’s office has guaranteed him that he has the “absolute right” to declare a national emergency, if necessary.