The West Virginia House of Delegates convened Wednesday with a record-setter in its midst — freshman Del. Caleb L. Hanna, who became the nation’s youngest black legislator following his election at age 19 in November 2018.

“I always knew that I was not satisfied with the leadership I was getting within my own house district,” Hanna told The Daily Caller News Foundation in an interview. “I told myself if I ever had my opportunity to take that, I would give it my shot.”

At first, his small Republican campaign was designed to push Democratic incumbent Dana Lynch to be “more proactive in the legislature,” Hanna told TheDCNF. But things shifted when Hanna realized he could win the Republican primary — even if he was running his campaign from his dorm room at West Virginia State University, where he studies economics.

Leading up to the general election, Hanna faced doubts about his age and experience, a shoestring budget and one instance of racist flyers he reported to law enforcement. But Hanna defeated Lynch by roughly 25 points in West Virginia’s House of Delegates District 44 in November, with results reported as 60.3 to 35.7, according to Ballotpedia. (RELATED: Here Are Six Republican Women To Watch In 2019)

Making It To Charleston

Hanna is in the state capital Charleston as a member of the majority party in the House of Delegates. He said he’s ready to get to work on the economic issues that motivated West Virginia voters in 2018 and stand for his principles, which he sums up as “God, guns and babies.”

Gun rights is one of the first issues Hanna wants to dive into as a legislator by co-sponsoring a campus carry bill. It’s an issue that has attracted the attention of party leadership in the House of Delegates, reported West Virginia Public Broadcasting.

“The Constitution clearly lays out our constitutional right to keep and bear arms, not just in our homes but also in our places of work and our places of study,” Hanna told TheDCNF. “I live in my college dorm while I’m at the legislature. … I consider that to be my home. I feel like I should have the right to protect myself in my home.”

Help Along The Way

Learning the ropes of being a lawmaker hasn’t been easy, but Hanna said his colleagues, including those in leadership, are always ready to answer his questions.

“Not far from my office is Del. Ben Queen, who is only 23. He’s served a term here already, and he’s also a young member, so he kind of was in the same shoes as me. He was a great inspiration for me to learn from,” Hanna said.

Queen said he first met Hanna when the younger man was in high school. They were both fired up over the success of former West Virginia Del. Saira Blair, who upset a Republican incumbent in the primaries and became the youngest lawmaker in the U.S. at age 18 in 2014. 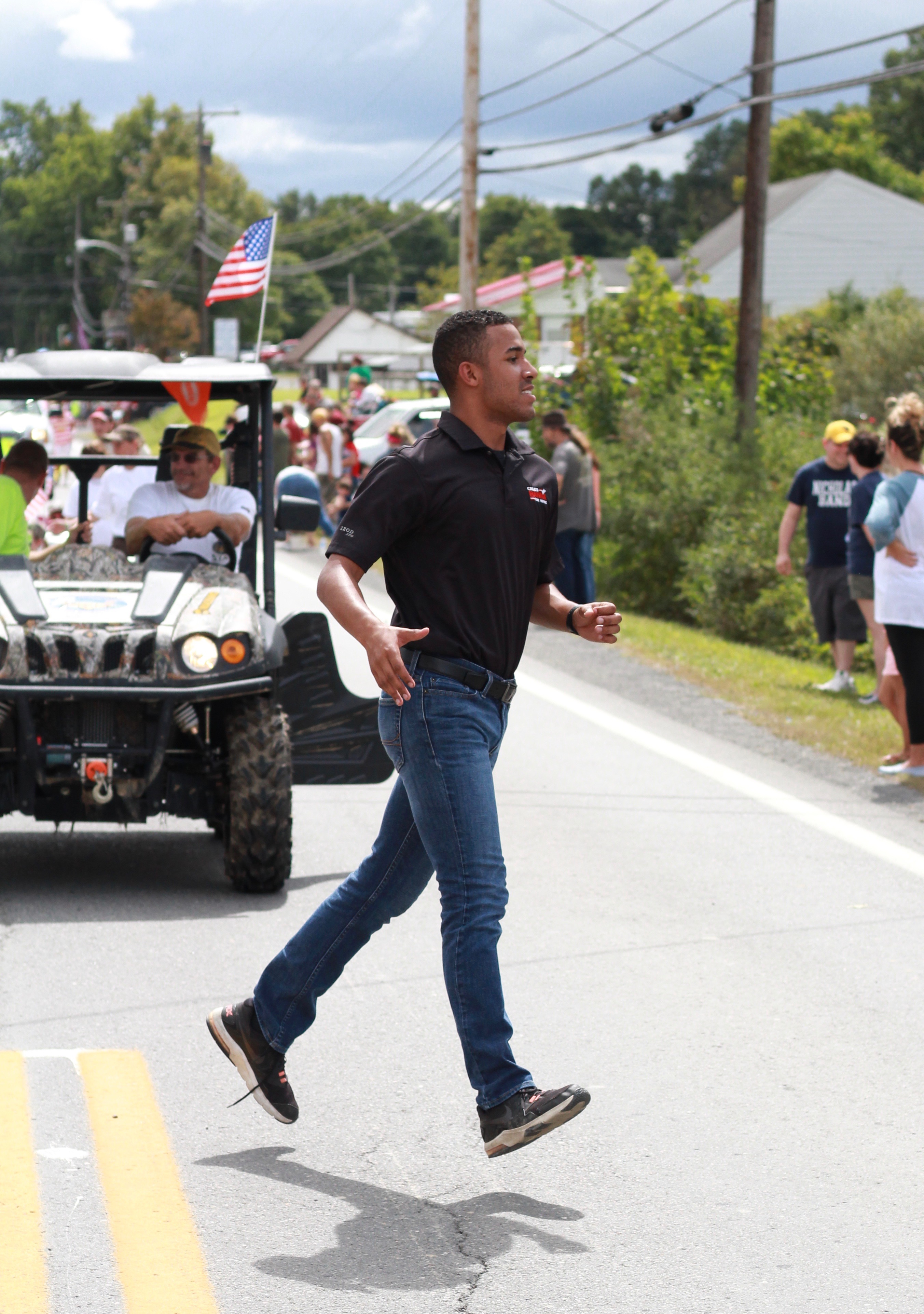 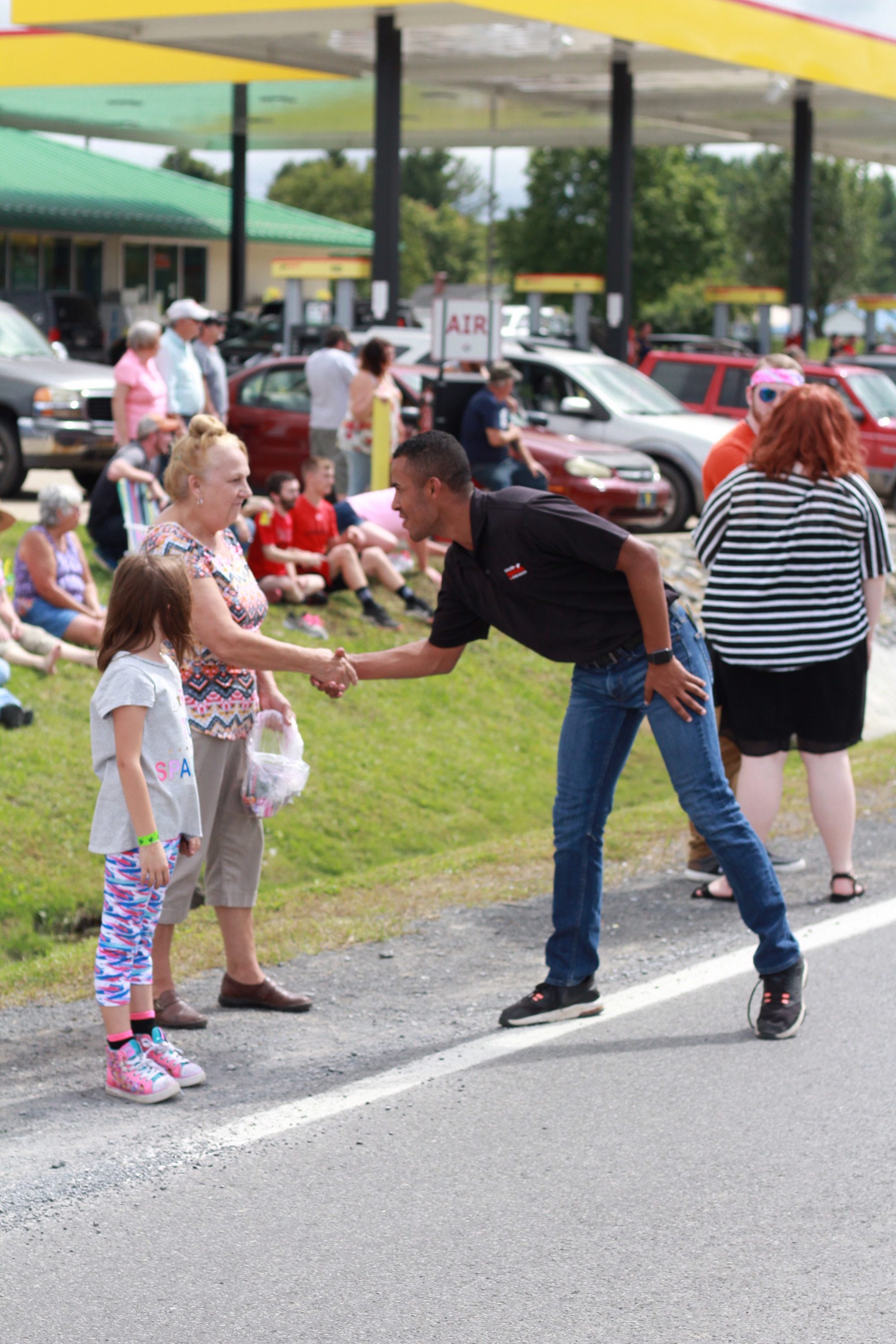 Hanna is eager to listen to others and learn about issues, which are qualities that make a young lawmaker successful, Queen told TheDCNF.

“Putting your name on the ballot is intimidating enough, let alone going through with a campaign,” Queen said of Hanna. “It’s really nice to have a seat at the table. I think that’s what young people are looking for here in West Virginia.”

Hanna’s district is rural and spread out. He recalls driving for hours to cover enough ground while door-knocking. At least 70 percent of voters in each of the four counties in Hanna’s district voted for President Donald Trump in the 2016 election, according to Politico.

“For them to elect a young African-American goes to show that I don’t think racial discrimination in Trump supporters is actually there,” he said.

Hanna traces his interest in running for office to former President Barack Obama.

“It had nothing to do with policies,” Hanna told TheDCNF. “I was in third grade at the time, but I knew that that was something new. That wasn’t something normal, to have an African-American hold the highest office in the United States. I kind of thought to myself in that moment, ‘If he can do it, I can do it.’ That’s when I started following politics.”

“I’m not a huge fan of Alexandria Ocasio-Cortez’s policies, the way that she goes about things, but I respect that she is a young person who set out to make a difference. I think you’re starting to see that throughout the country,” Hanna told TheDCNF. “We realize we have to stand up as Americans to do what’s best. That’s one thing I ran on in my campaign. We may be Republicans, and we may be Democrats, but we’re all West Virginians, so we all have to come together.”

Hanna is wary of making a career out of politics, however. He envisions starting a family and doesn’t think that’s something he wants to do in the public eye.

“I didn’t come from a political family,” he told TheDCNF. “I’m living it one thing at a time.”