Sarah Sanders released a statement saying, “The President wanted to host a fun event to celebrate the College Football National Champion Clemson Tigers. Because the Democrats refuse to negotiate on border security, much of the residence staff at the White House is furloughed – so the President is personally paying for the event to be catered with some of everyone’s favorite fast foods.” (RELATED: Can You Handle Trump’s McDonald’s Order? We Tried, And It Wasn’t Pretty)

White House says President Trump “is personally paying for” event with National Champions Clemson tonight “to be catered with some of everyone’s favorite fast foods,” because “much of the residence staff at the White House is furloughed” due to the ongoing government shutdown. pic.twitter.com/abr5wFrc1I

A week ago, the Clemson Tigers dominated the Alabama Crimson Tide in the National Championship game, winning 44-16. Freshman quarterback Trevor Lawrence led the team to an undefeated season after starting the season as the backup quarterback.

“If it’s American, I like it. It’s all American stuff. … But it’s good stuff and we have the national champion team, as you know, Clemson Tigers. And they had a fantastic game against Alabama and they’re all here. They’re right outside the room and I think we’re going to let you see them,” Trump said to reporters. 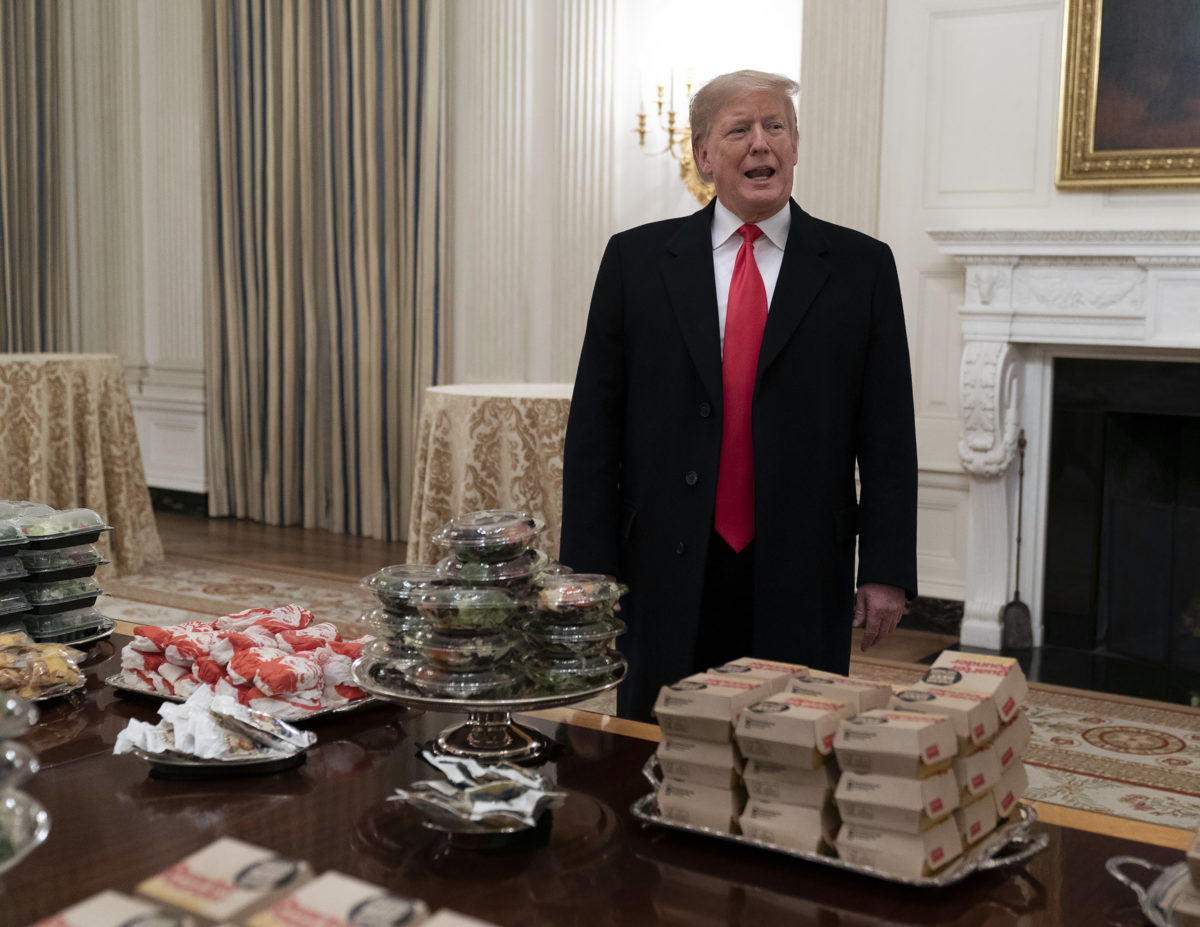 WASHINGTON, DC – JANUARY 14: U.S. President Donald Trump presents fast food to be served to the Clemson Tigers in celebration of their national championship at the White House on January 14, 2019 in Washington, DC. (Photo by Chris Kleponis – Pool/Getty Images)

“But I’ll bet you, as much food as we have — we have pizzas, we have 300 hamburgers, many, many french fries, all of our favorite foods. I want to see what’s here when we leave, because I don’t think it’s going to be much,” he continued.

This is Clemson’s second National Championship in the last three years. They also beat Alabama for the 2016 championship, albeit in a much closer game, 35-31. Clemson visited the White House after their 2016 title as well, while some other champions have opted not to make the trip.