A 3.0 magnitude earthquake hit east Tennessee about 12 miles south of Knoxville during the early hours of Monday morning, the U.S. Geological Survey reported.

“Light shaking” was reported around 4 a.m. in Maryville, a city of about 27,000 people where the effects of the quake were concentrated, reported the Knoxville News Sentinel. No damage has been reported yet.

The earthquake happened in the East Tennessee Seismic Zone, a relatively active earthquake area that includes parts of Tennessee, Georgia and Alabama, according to USA Today.

One of the biggest earthquakes in the area in recent memory happened on Dec. 12. A 4.4 magnitude earthquake struck near Decatur, which is about 60 miles southwest of Maryville. That earthquake was the strongest in 45 years and shook people to as far as Atlanta, reported the Knoxville News Sentinel. (RELATED: ‘That’s Not Happening’: Meteorologist Fact-checks Claim The Shutdown Is Making Weather Forecasts Worse)

Tennessee’s biggest earthquake also happened near Maryville in 1973. It was a 4.7 magnitude quake, reported the Knoxville News Sentinel. 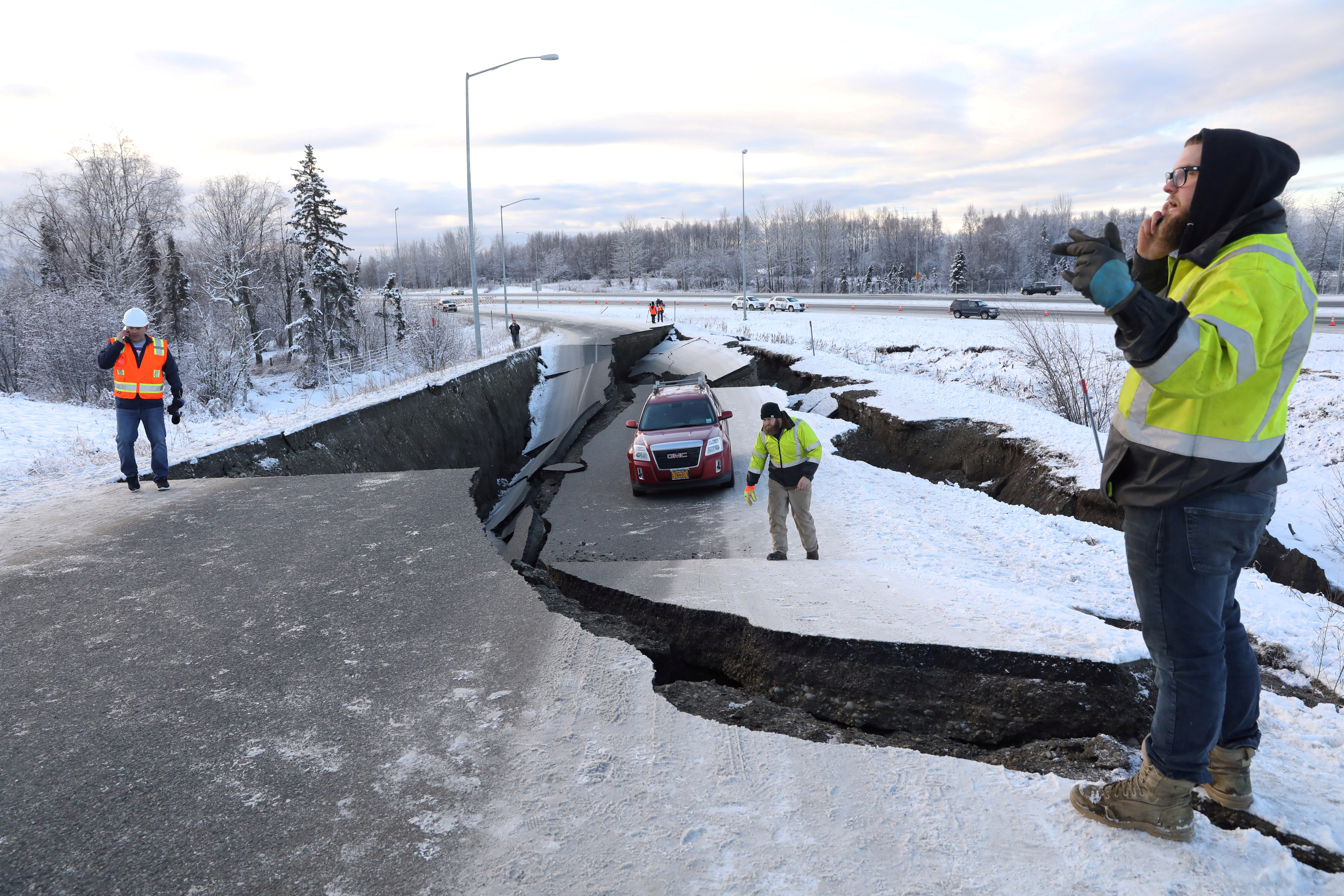 A stranded vehicle lies on a collapsed roadway near the airport after an earthquake in Anchorage, Alaska, U.S. November 30, 2018. REUTERS/Nathaniel Wilder

Video of the earthquakes’ effects showed people hiding under their desks, roads collapsing and products falling off of grocery store shelves.

No one died in Alaska’s late November earthquakes, reported Curbed.

1
ABC News Suspends Reporter On Eve Of Project Veritas Exposure
Media
2
Here Are The 2 Republicans Who Voted Against Protecting Unborn Babies After 20 Weeks
Politics
3
Respirators Listed For Over $10,000 Amidst Coronavirus Fears
US
4
Trump Admin Can Withhold Funds From Sanctuary Cities, Appeals Court Finds
Politics
5
Another Republican Congressman Announces He Will Not Seek Reelection
Politics