Supreme Court Justice Ruth Bader Ginsburg was absent for oral arguments again on Monday, as the Supreme Court entered its second week short of a full complement on the bench.

Ginsburg’s absence was previously announced and she will continue to participate in the week’s cases.

“Justice Ginsburg will continue to work from home next week and will participate in the consideration and decision of the cases on the basis of the briefs and the transcripts of oral arguments,” a Supreme Court spokeswoman said in a Friday statement.

Surgeons at the Memorial Sloan Kettering Cancer Center in New York removed two cancerous nodules from the justice’s lungs in December 2018. The procedure is called a pulmonary lobectomy.

Despite Ginsburg’s continued absence, the court said her prognosis is positive and no further treatment is expected.

“Her recovery from surgery is on track,” the statement added. “Post-surgery evaluations indicate no evidence of remaining disease, and no further treatment is required.”

Indeed, aside from Ginsburg’s absence at oral arguments, it does not seem that she has missed any official business. The Supreme Court released orders in pending cases and petitions on Friday and again on Monday. Those orders generally indicate if a particular justice did not participate in the consideration of a given matter. Since those orders did not contain such a disclosure, it appears Ginsburg was involved in those decisions.

The court’s January sitting will conclude on Wednesday. Thereafter, the justices will not hear arguments again until Feb. 19. That month-long interval provides a lengthy recuperation period for Ginsburg. (RELATED: Supreme Court Turns Down Challenge To Matthew Whitaker’s Appointment As Acting AG) 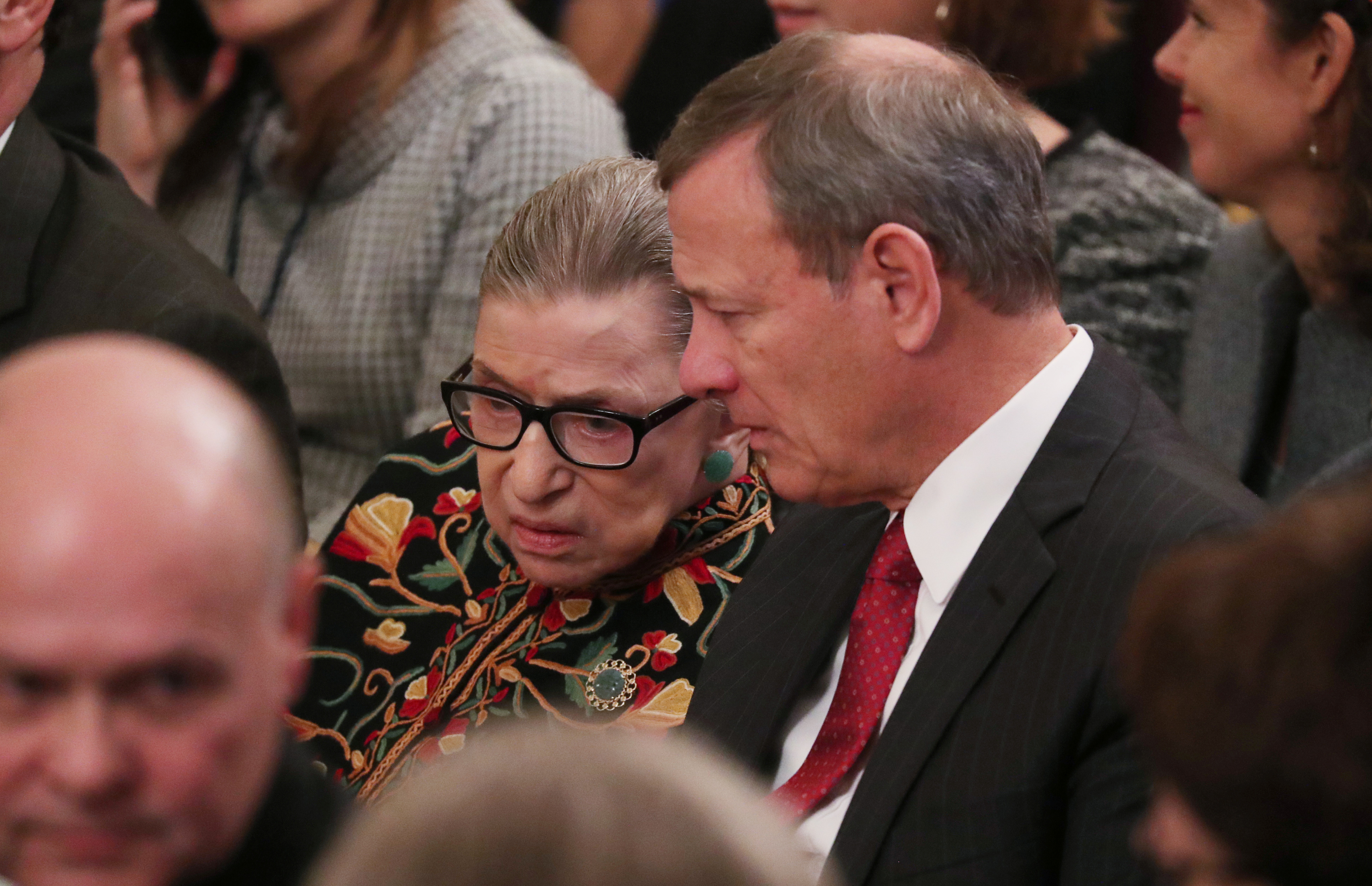 Justice Ruth Bader Ginsburg talks with Chief Justice John Roberts as they attend a ceremony with President Donald Trump awarding the 2018 Presidential Medals of Freedom at the White House on Nov. 16, 2018. REUTERS/Jonathan Ernst

Still, some conservatives remain bullish on the prospect of a third Supreme Court appointment during President Donald Trump’s first term. The Daily Caller reported that the administration and its allies in the conservative legal movement were making “gingerly preparations” for another vacancy in early January.

GOP Sen. Lindsey Graham of South Carolina, the newly installed chairman of the Senate Judiciary Committee, told “Fox News Sunday” that he will make the confirmation of a conservative jurist his top priority should a nomination come before the panel.

“I hope Justice Ginsburg serves for a long time, but if there’s an opening on this court, I’m going to be hell-bent to put a conservative to replace whoever steps down for whatever reason,” Graham said Sunday.