Democratic Ohio Sen. Sherrod Brown announced Tuesday that he is launching a multi-state tour prior to making a decision on whether he will challenge President Donald Trump in 2020.

On his “Dignity of Work” tour, Brown will travel to all four of the major primary and caucus states — New Hampshire, Iowa, Nevada and South Carolina — as well as his home state of Ohio. He revealed in December that he had chosen “Dignity of Work” as a campaign slogan for his potential presidential run.

“Ohio will respond to a message of the dignity of work,” Brown said at the time. “It’s gonna be harder in 2020 than Michigan and Pennsylvania and Wisconsin, but it always has been.” (RELATED: Sherrod Brown Takes Next Step Towards Launching A Run For President — Picks His Campaign Slogan)

Democrats eyeing a potential 2020 presidential run have largely focused on the rust belt, which helped elect Trump in 2016. Brown nearly stands alone as one of the possible contenders who has a successful track record in the region.

While Trump won Ohio by 8 points against former Secretary of State Hillary Clinton, Brown beat out his Republican challenger in the 2018 midterm election by just over 6 points. In fact, he was the only Democrat to win statewide in 2018, aside from judicial candidates.

Brown, notable for his rumpled image and more than 40-year public service tenure in Ohio, is exhibiting his midwestern liberal populism with the concise slogan: “The Dignity of Work.” 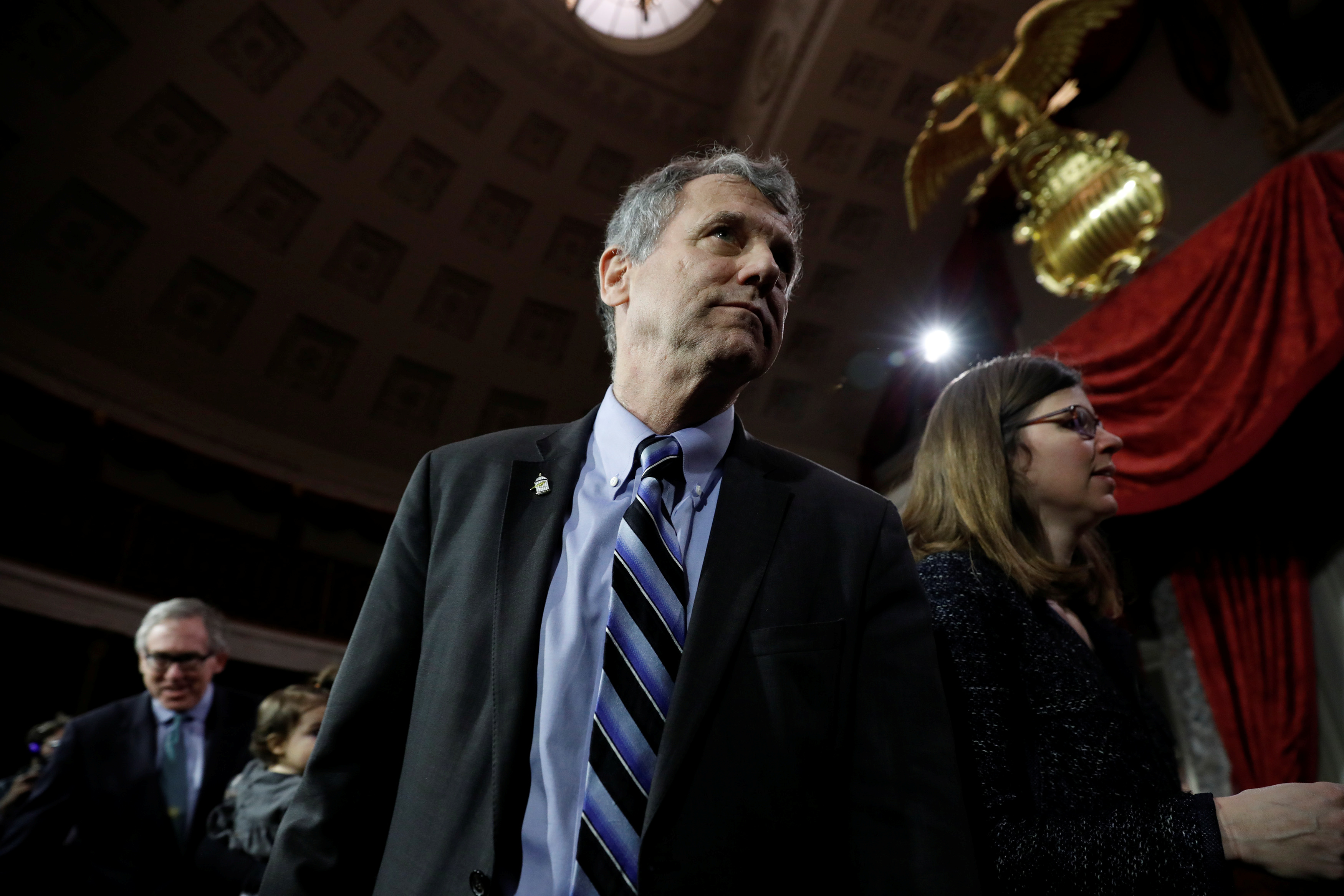 Sen. Sherrod Brown (D-OH) departs after participating in a mock swearing in with U.S. Vice President Mike Pence during the opening day of the 116th Congress on Capitol Hill in Washington, U.S. January 3, 2019. REUTERS/Aaron P. Bernstein

“Dignity of work means hard work should pay off for everyone, no matter who you are or what kind of work you do,” Brown said in a statement. “It’s a value that unites us all — whether you punch a clock or swipe a badge, earn a salary, or make tips; whether you’re raising children or caring for an aging parent; regardless of your race or gender; whether you live in a big city or small town or whether your family has lived in the same Midwestern city for seven generations or you immigrated to this country in just the past few years.”

“The dignity of work is what I fight for every day representing the people of Ohio and it’s what we will fight for together on this tour around the country,” Brown continued. “Because for far too many people, hard work doesn’t pay off like it should.”