Democratic Ohio Sen. Sherrod Brown has chosen his campaign slogan for a potential presidential run while he is still mulling over a challenge to President Donald Trump in 2020.

Brown, notable for his “rumpled” image and more than 40-year public service tenure in Ohio, is exhibiting his midwestern liberal populism with a concise slogan: “The Dignity of Work,” reported Politico on Wednesday.

“Ohio will respond to a message of the dignity of work,” said the Ohio senator. “It’s gonna be harder in 2020 than Michigan and Pennsylvania and Wisconsin, but it always has been.”

Democrats eyeing a potential 2020 presidential run have largely focused on the rust belt, which helped elect Trump in 2016. Brown nearly stands alone as one of the possible contenders who has a successful track record in the region.

While Trump won Ohio by 8 points against former Secretary of State Hillary Clinton, Brown beat out his Republican challenger in the 2018 midterm election by just over 6 points. In fact, he was the only Democrat to win statewide in 2018, aside from judicial candidates. (RELATED: Elizabeth Warren Is Reportedly Looking For Some Office Space — To Headquarter Her Presidential Campaign)

The Ohio senator conceded that he hasn’t definitively made up his mind whether or not he is officially launching a bid for the presidency, however, he has been setting up the infrastructure.

“Unlike most of my colleagues, I’ve not dreamed of this for years,” Brown said. “I have not over the years planned this, and I’m not rushing into it, and I’m not convinced I want to do it yet.” 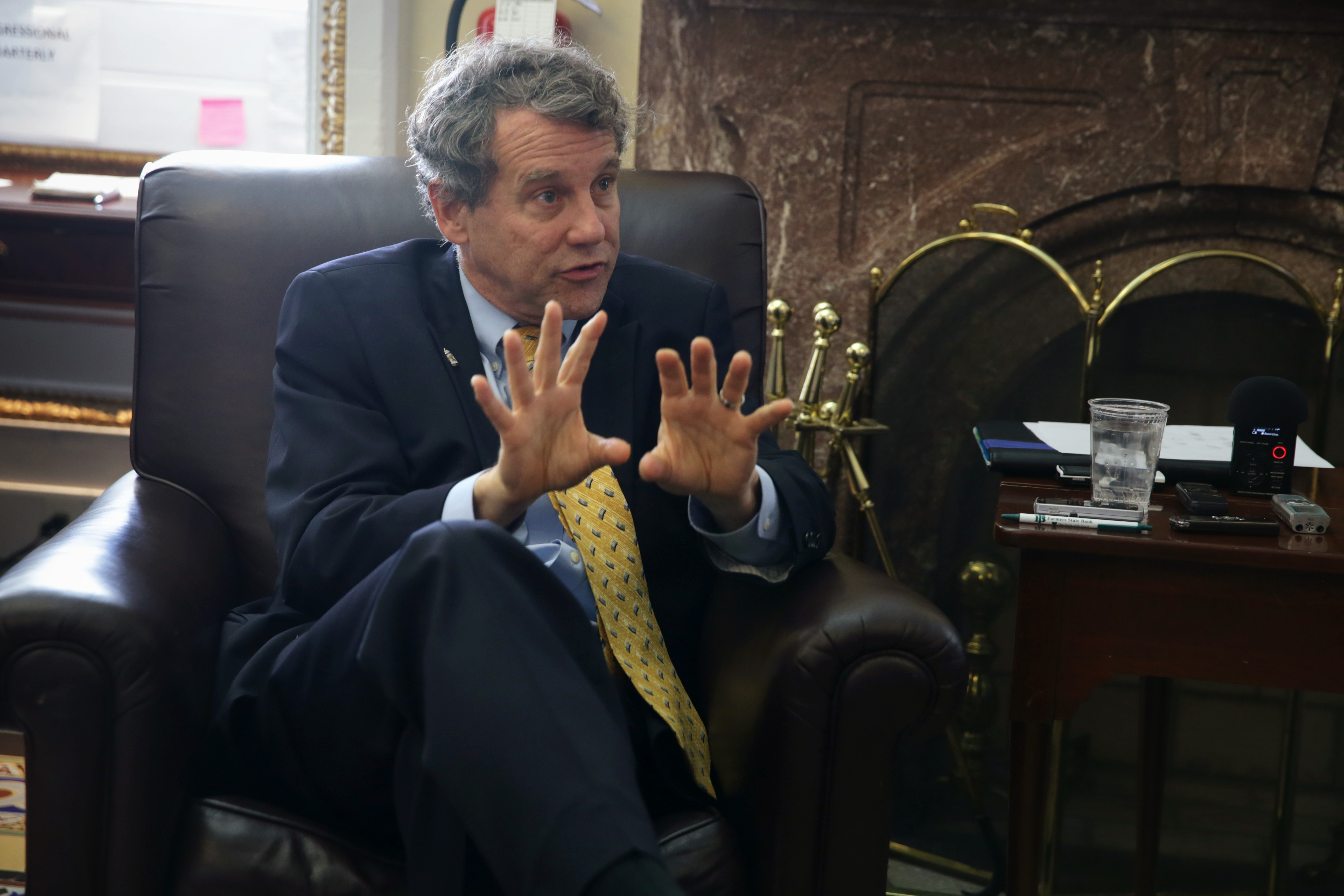 Regardless, he has been in close correspondence to party officials and his Democratic colleagues in early primary and caucus states, according to Politico. And he has also begun to gather resumes in preparation of hiring staff.

The slogan, which is being displayed primarily through press interviews and television appearances, is still in its testing phase as he evaluates the relatability of the message with constituents.

The list of Democratic senators who are mulling over their own challenge to Trump in 2020 is continuing to grow. Following midterm elections, Amy Klobuchar of Minnesota also announced that she is considering a presidential run and Democratic Sen. Kirsten Gillibrand of New York acknowledged that she may renege on her promise to serve out her six-year Senate term if she runs, and is elected to, the position.

Other Democratic senators who are rumored to be planning a presidential run include Cory Booker of New Jersey, Kamala Harris of California, Bernie Sanders of Vermont and Elizabeth Warren of Massachusetts. Democratic Montana Sen. Jon Tester predicted that as many as “13 or 14” Democrat senators could end up running.