Former Ohio governor and 2016 Republican presidential candidate John Kasich made his first appearance as a CNN political commentator Tuesday night — and his team promptly sent out a fundraising letter Wednesday.

“It’s simple. With more interviews comes more things to share and grow Gov. Kasich’s message and audience,” the letter reads. “We need to hit our monthly fundraising goals to ensure that we can fund these items. Can you help us make an impact right now?”

The ask included buttons to donate $25, $50 or $100. Being a CNN political commentator is a paid position.

CNN announced it was hiring Kasich Tuesday, a day after he signed with United Talent Agency. (RELATED: 19-Year-Old State Lawmaker Makes Trump An Offer To Fund The Border Wall)

Kasich made his first appearance as a senior political commentator on CNN on “Cuomo Prime Time” Tuesday night.

“As you know, Chris, I’ve had many years of experience,” Kasich told anchor Chris Cuomo. “It’s my job to try to explain things to people, and I’m not going to explain them from any particular perspective. Just what I think. I’m going to be like an umpire calling balls and strikes. … No one is going to pressure me or talk me into anything. This is not me promoting anything, including myself.” 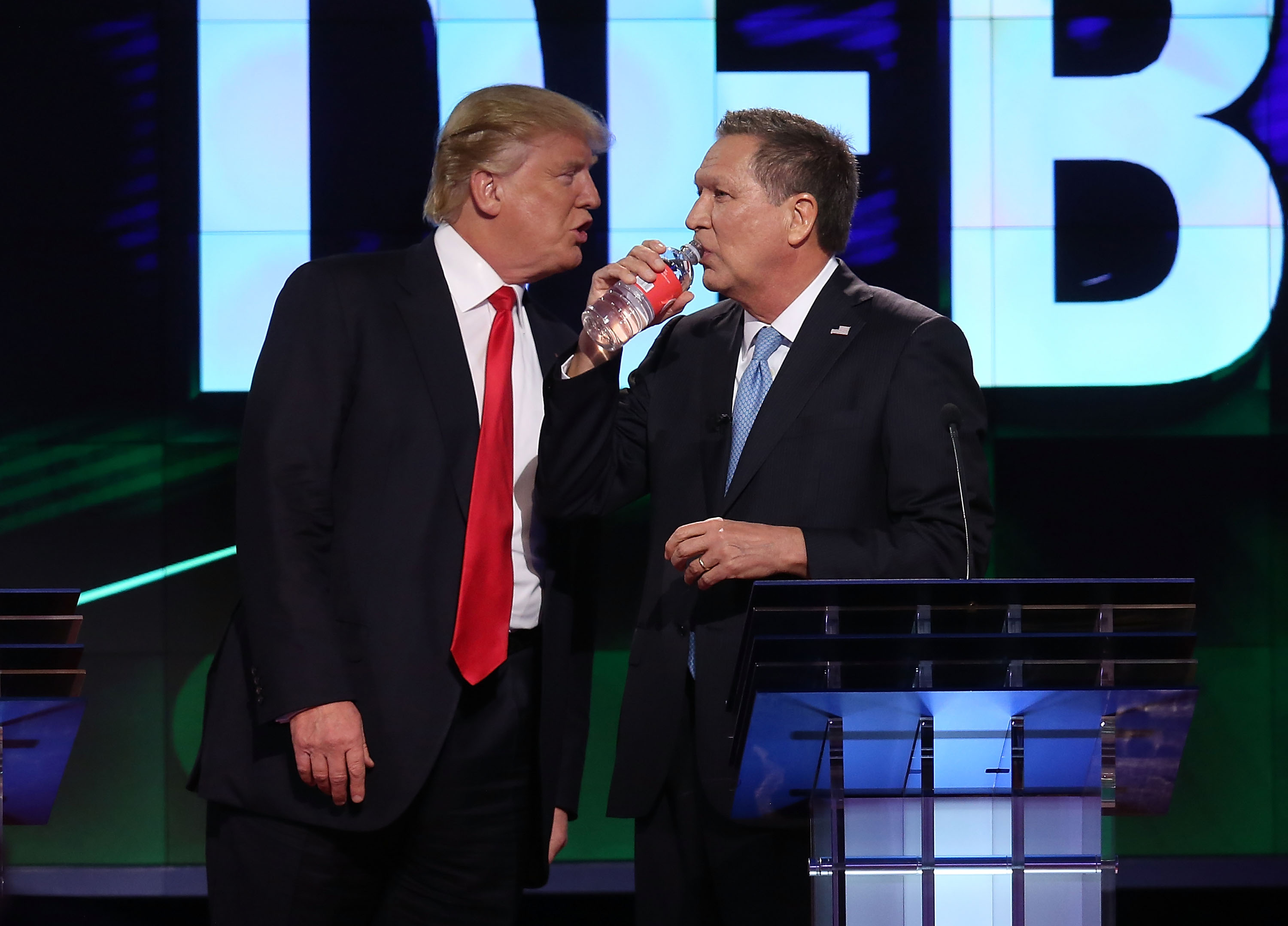 Republican presidential candidates, Donald Trump and Ohio Gov. John Kasich are seen during a broadcast break of the CNN, Salem Media Group, The Washington Times Republican Presidential Primary Debate on the campus of the University of Miami on March 10, 2016 in Coral Gables, Florida. (Photo by Joe Raedle/Getty Images) 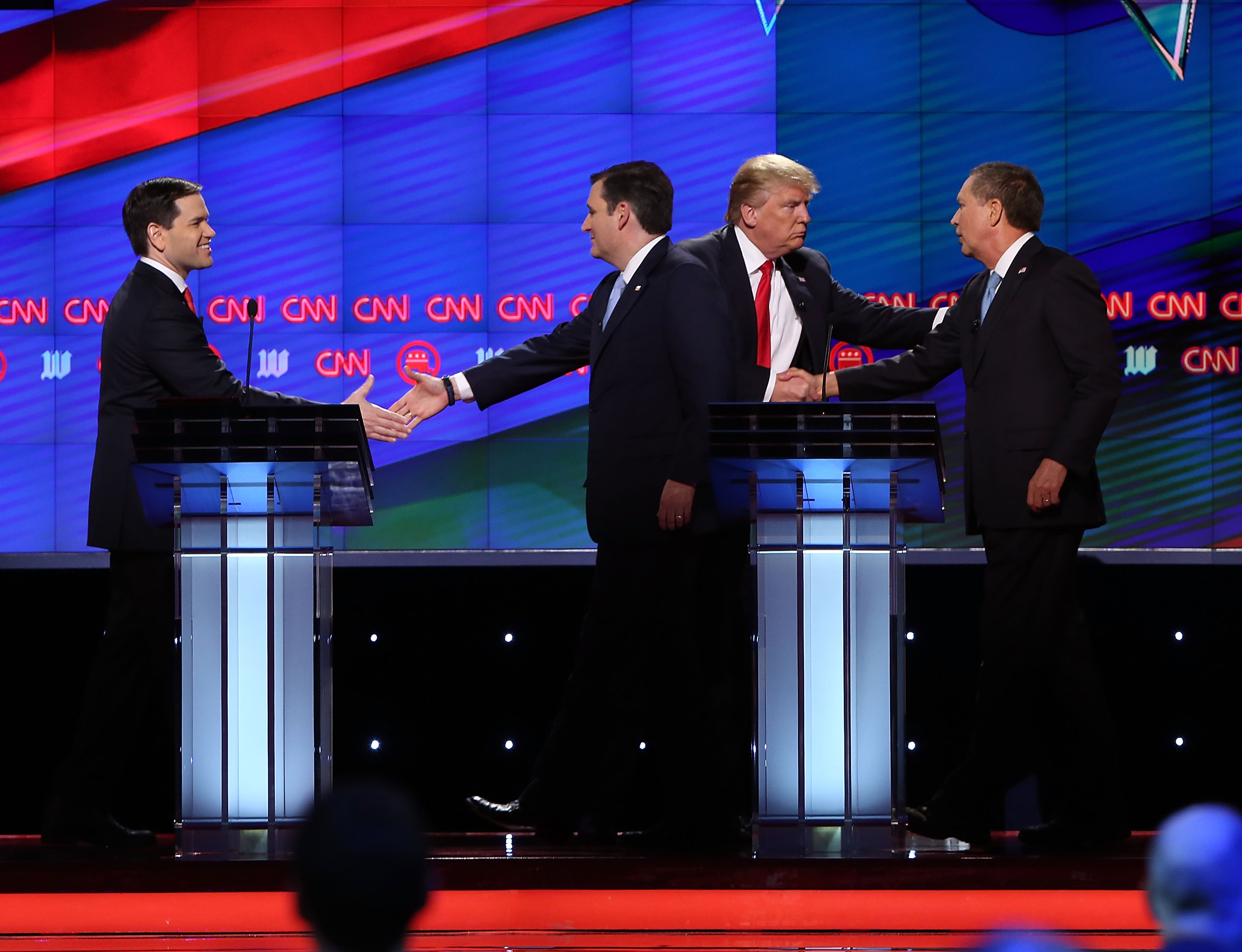 Kasich has been open in his criticism of President Donald Trump, even though they come from the same party. Rumors have swirled that Kasich will challenge Trump for the GOP nomination in 2020, but Kasich said he did not think he could beat Trump in a Dec. 19 interview.

“I don’t get into things that I don’t think I can win,” Kasich told an Ohio audience. “And I think right now, today, inside the Republican Party, I can’t beat him in a primary.”

CNN also hired former Republican Utah Rep. Mia Love as a talking head Jan. 7. Love and Trump publicly clashed after he attributed her November defeat to distancing herself from the president.