Taxpayers contributed to an over $20 million increase in federal funds allocated to Planned Parenthood in 2018, according to the abortion organization’s annual report.

Planned Parenthood received $543.7 million in federal grants and reimbursements in 2017, and that number rose to $564.8 million, according to its 2017-2018 fiscal year report. The abortion organization also received roughly $100 million more from private donations and bequests in 2018 than it did in 2017, the report reveals.

Planned Parenthood has claimed that stripping federal funds from the organization would devastate women’s access to health care, but private contributions put the organization’s donations total at nearly $631 million.

Total net assets also increased from roughly $1.6 billion to nearly $1.9 billion in 2018, according to the report.

“Planned Parenthood turned a profit of nearly $250 million, a 150 percent increase, according to its own accounts,” Students For Life (SFL) President Kristan Hawkins said in a Monday statement. “What a waste of taxpayer dollars.”

The number of abortions Planned Parenthood performed increased from 321,384 in 2017 to 332,757 in 2018, the report reveals. Adoption referrals however, dropped to roughly 2,800, putting the organization’s abortion to adoption referrals ratio at 118 to 1, The National Review reported.

Contraception provision, cancer screenings, well-woman exams and prenatal services all decreased in 2018, according to the report. Only tests and treatments for sexually transmitted diseases increased. 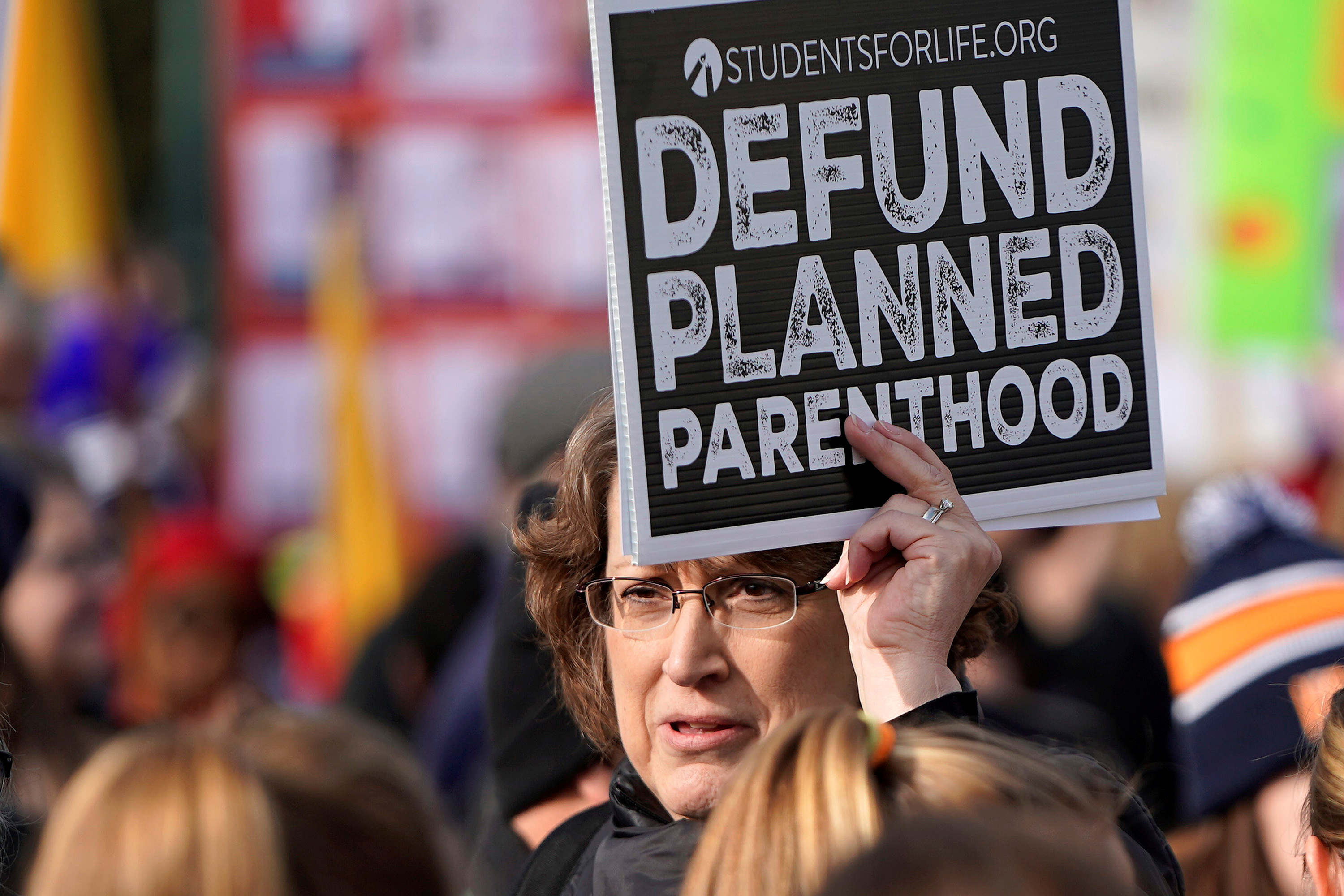 An anti-abortion marcher carries a sign calling for the organisation Planned Parenthood to loose funding, during in the 46th annual March for Life at the Supreme Court in Washington, U.S., January 18, 2019. REUTERS/Joshua Roberts

Planned Parenthood has previously tried to distance itself from pointing to abortion as its core mission, but its new president Leana Wen recently clarified that abortion is its main work. “What we will always be here to do is provide abortion access as part of the full spectrum of reproductive health care, it’s who we are,” Wen told BuzzFeed in early January.

Wen claimed earlier that the abortion organization offers “live-saving care,” and that Planned Parenthood’s work is “about saving people’s lives.”

“When I worked at Planned Parenthood managing a clinic in Texas, abortion was always encouraged because it made the most money,” former Planned Parenthood director and current head of And Then There Were None, Abby Johnson, said in a Monday statement. “Nothing has changed.”

Planned Parenthood has also liked to claim that it isn’t political. “Health care shouldn’t be political” Wen said on The View in September. She later tweeted that the organization does “important political work [and] advocacy.” (RELATED: Time Magazine Publishes Op-Ed Encouraging Readers To Start Piggy Banks For Abortion)

Planned Parenthood’s report follows a Jan. 15 Marist Poll revealing that 75 percent of Americans support significant abortion restrictions and say that abortion should not be legal after a woman is three months pregnant. Nearly 60 percent of Americans also support banning abortion after 20 weeks except to save the life of the mother, according to the poll.

Sixty percent of Democrats support restricting abortion after a woman reaches three months in her pregnancy, the poll reveals.