The charge was led by Laura Loomer, an activist who has been at the center of many stunts, including interrupting congressional hearings and chaining herself to the doors of Twitter’s New York offices.

California’s new Governor, Gavin Newsom, is a harsh critic of Trump’s plan to build a wall on the southern border.

Loomer was joined by at least one other activist. The pair wore colorful ponchos and sombreros and the man wore a fake mustache. Loomer was also joined by a “Pelosi impersonator,” according to reporters on Twitter. (RELATED: Trump: If Democrats Think A Wall Is ‘Immoral,’ They Should Do Something About The Vatican) 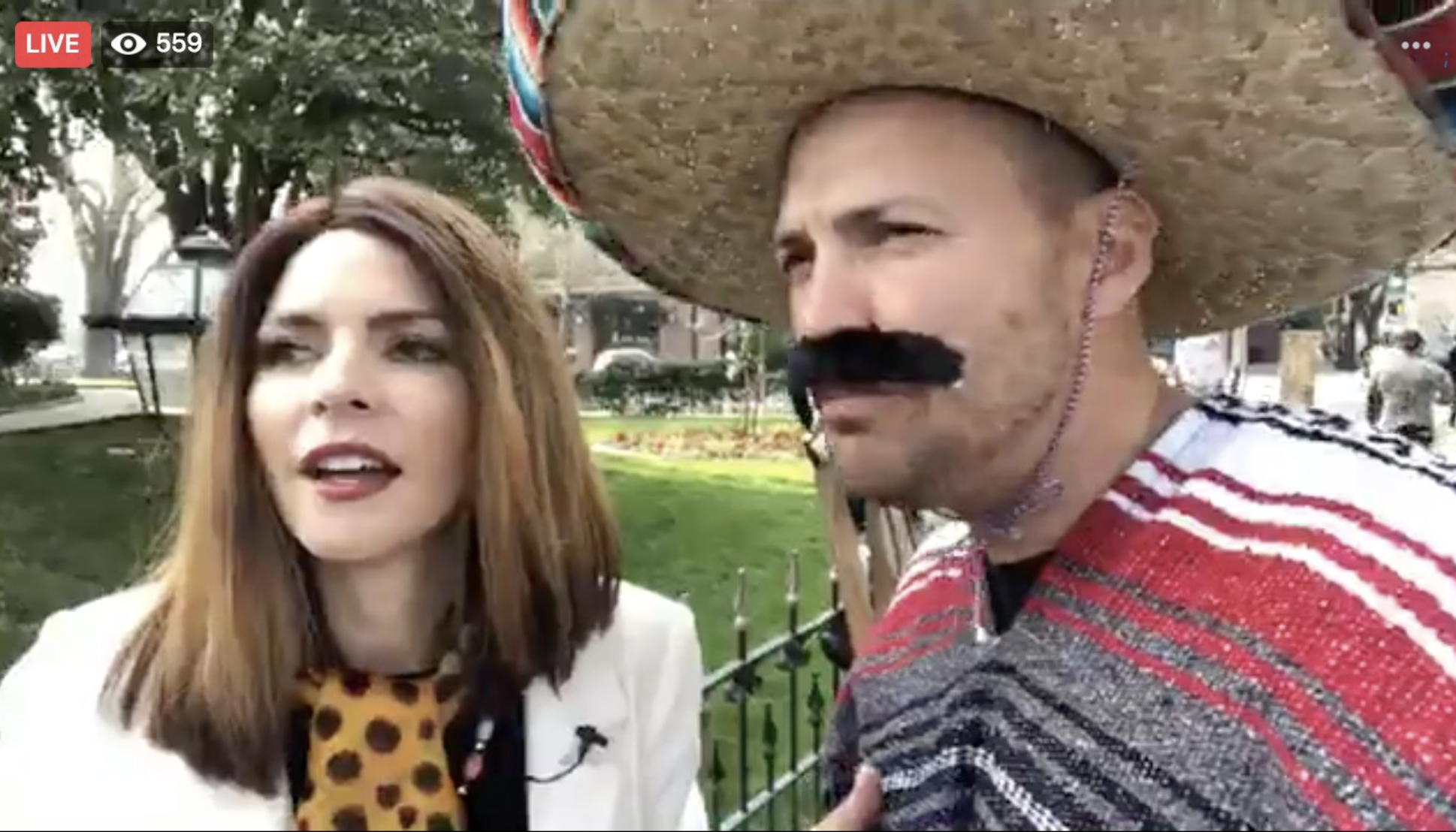 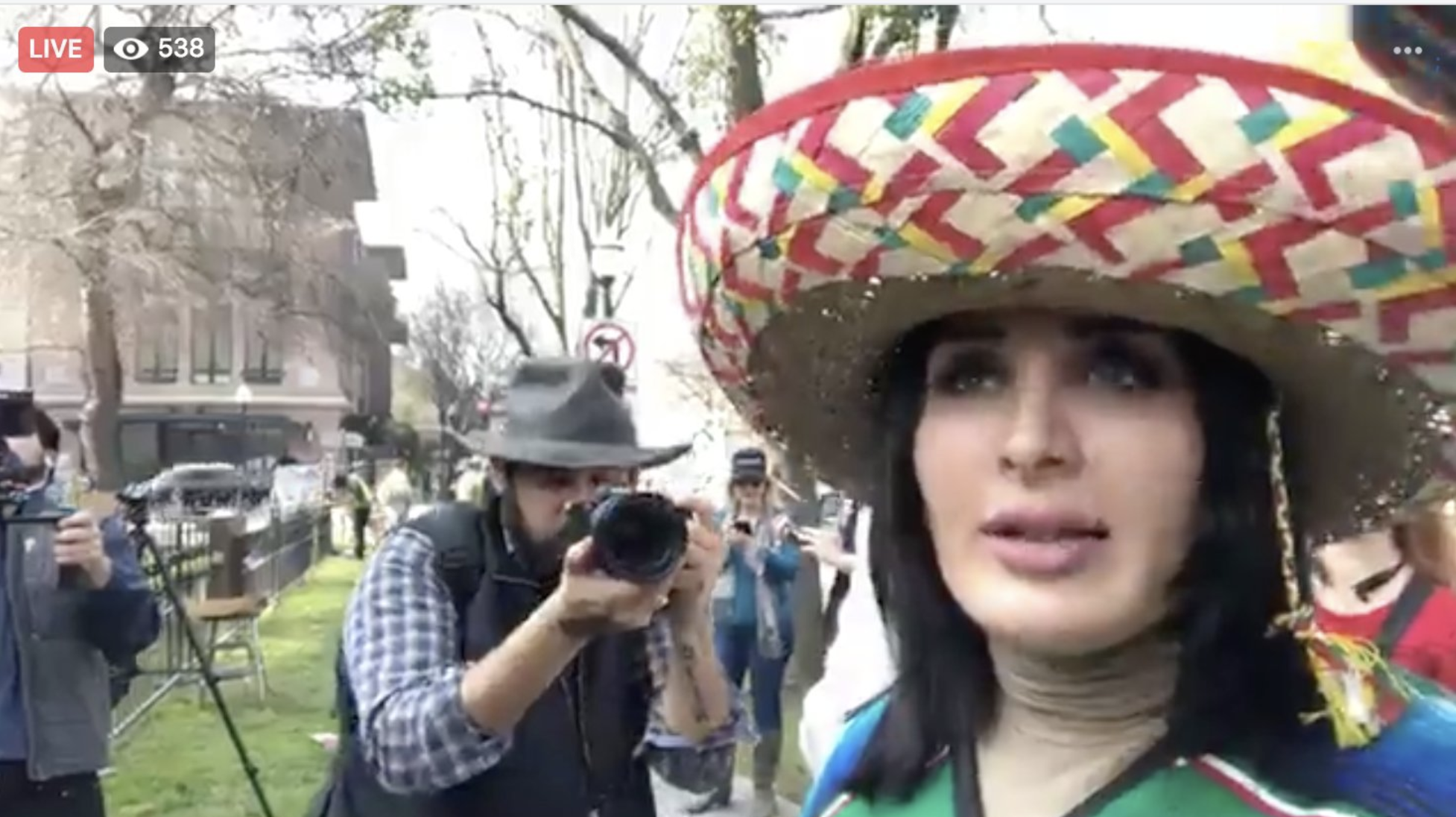 Laura Loomer is at it again, this time at Gavin Newsom’s house. I’m prob not going to be tweeting, since her schtick is getting tired, but at least she doesn’t appear to have tricked any undocumented immigrants into participating this time. There’s also a bad Pelosi impersonator. pic.twitter.com/YdQ9pgC3El

The pair were eventually arrested by California state police and taken away in handcuffs. 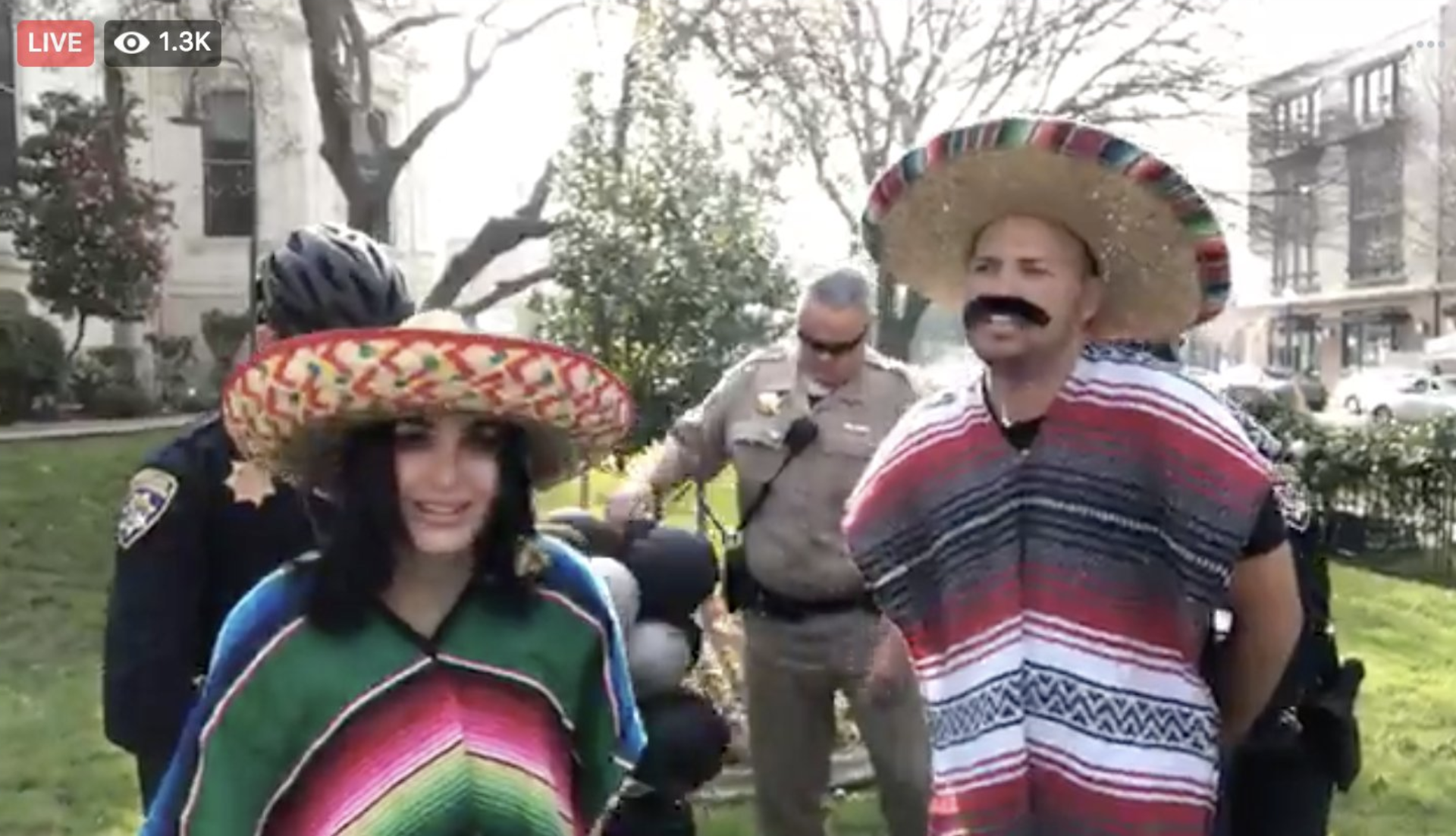 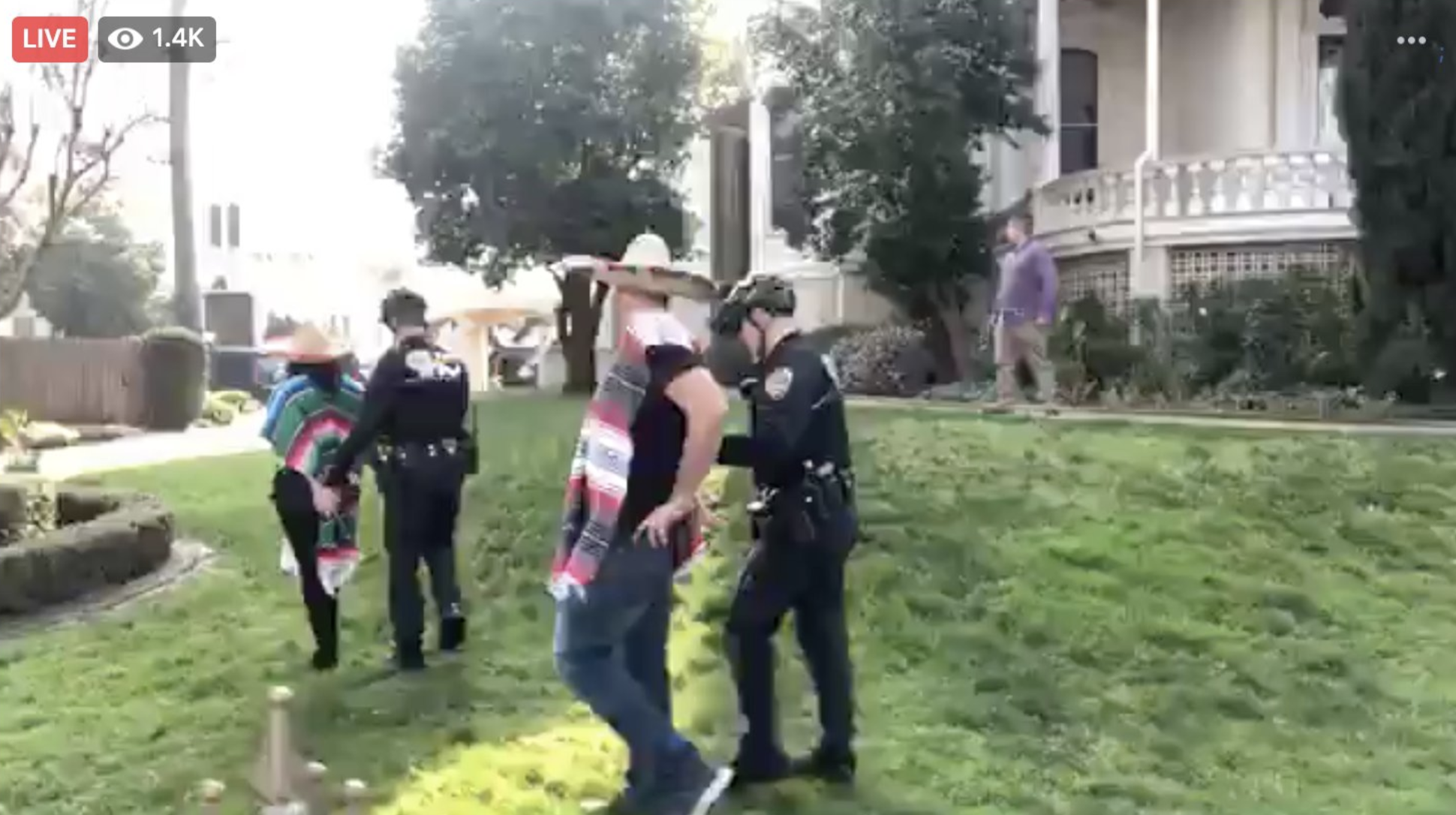 Earlier in the month, Loomer stormed the California residence of Nancy Pelosi and demanded access to her mansion. Loomer was joined by a small group of allegedly illegal immigrants from Guatemala for the stunt, and carried a large banner with the faces of notable Americans who have been killed by illegal immigrant crime in recent years.

Loomer could be seen marching to the door of Pelosi’s mansion, demanding she be let in to make a “sandwich” with the other illegal immigrants. Law enforcement eventually confronted Loomer and her activists on the property but did not make an arrest in this instance.