President Donald Trump will reportedly announce a 10-year plan to fight HIV in the U.S. during his State of the Union speech Tuesday, according to four sources cited by Politico.

The Trump administration’s strategy would “target the U.S. communities with the most HIV infections and work to reduce transmissions by 2030,” reported Politico Monday.

Because of modern medicine, an HIV/AIDS diagnosis is no longer a death sentence, but the epidemic still affects roughly 40,000 new patients each year, according to Centers for Disease Control and Prevention (CDC) data.

Trump’s reported announcement might seem out of the blue, but it is not that surprising given that the CDC’s relatively new director, Robert Redfield, had an extensive career researching HIV/AIDS, reported Politico. (RELATED: Here Are The Red House Seats Democrats Are Already Working To Turn Blue In 2020)

Redfield took over the CDC in March 2018 and predicted the HIV/AIDS epidemic could be over by 2025.

“Ending the AIDS epidemic in America? It’s possible. I think it could be done in the next three to seven years, if we put our mind to it,” Redfield said at a CDC staff meeting on his second day at the agency in 2018, reported STAT News. 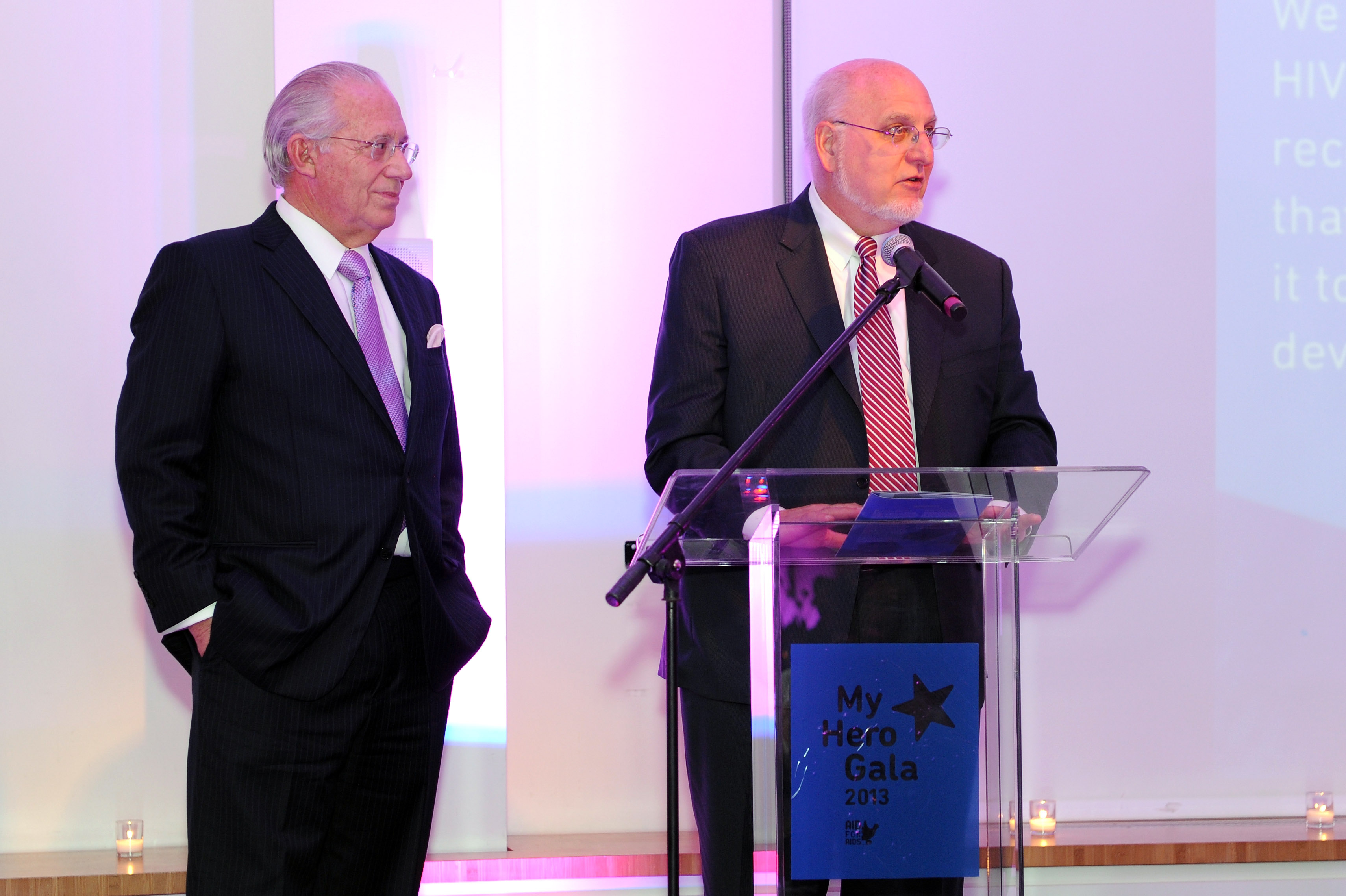 (L-R) William Haseltine and honoree Dr. Robert Redfield speak during the Aid for AIDS “My Hero Gala” 2013 at Three Sixty on November 5, 2013 in New York City. (Photo by Craig Barritt/Getty Images for Aid for Aids)

The 10-year HIV plan has a lofty goal: stopping all new infections within the decade, reported Politico. The reported plan would begin with five years focusing on communities where HIV infections are most widespread. Southern and northeastern states report the highest numbers of HIV-positive people, according to CDC data.

In the public health arena, Trump’s administration has focused on issues like the opioid crisis and rising prescription drug costs. Trump said the U.S. “will prevail” over the national opioid epidemic during his first State of the Union address in 2017. 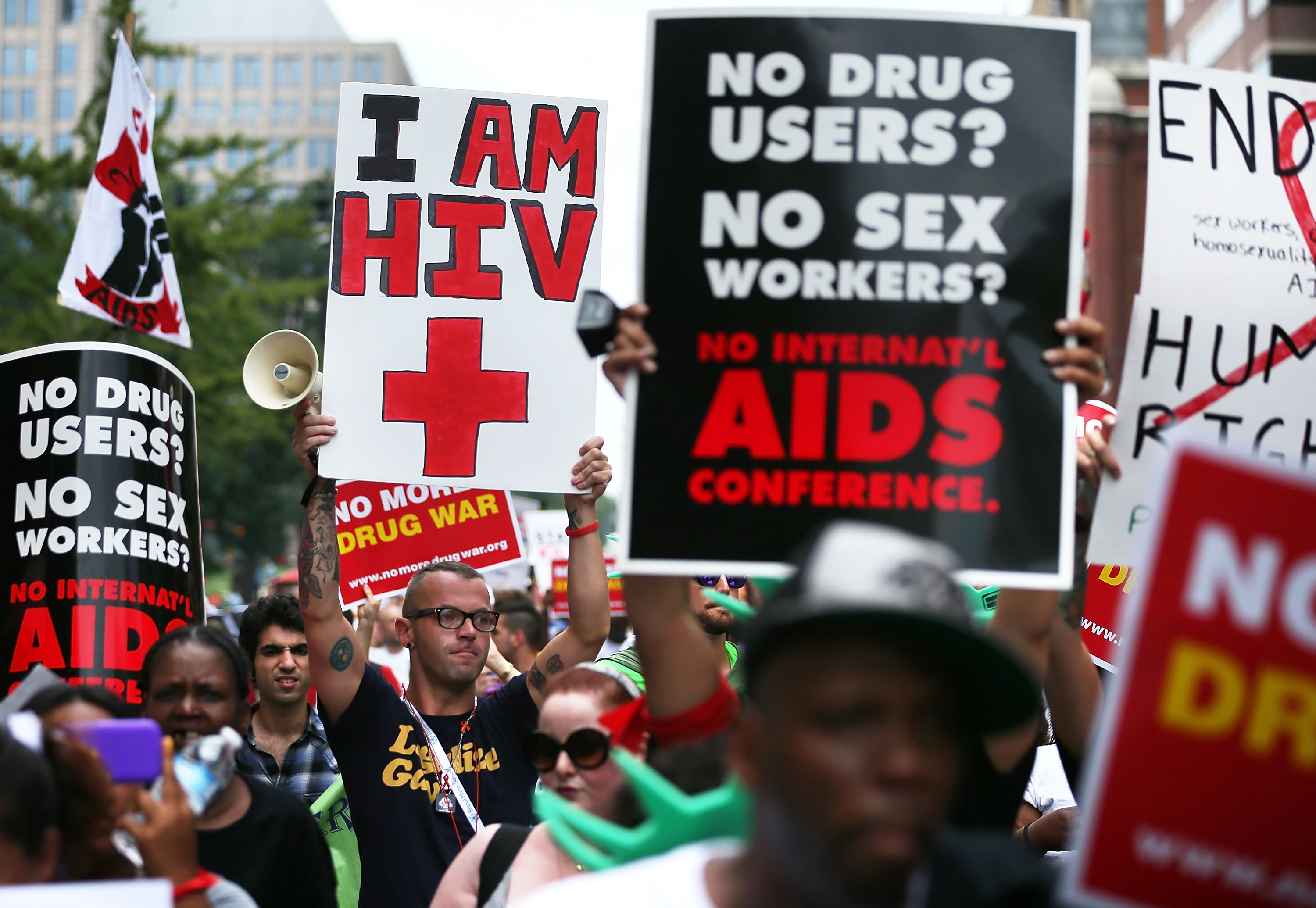 HIV+ patient Aaron Laxton (Center R) of St. Louis, Missouri, and other activists participate in a march from the Washington Convention Center to the White House July 24, 2012 in Washington, DC. (Photo by Alex Wong/Getty Images)

Gay or bisexual men make up about two-thirds of new HIV infections, according to Politico. Trump’s reported announcement about the HIV strategy comes after Vice President Mike Pence’s wife was criticized for teaching at a private Christian school in Virginia that “reserves the right to refuse applicants or expel students who engage in homosexual or transgendered behavior.”

Trump faced criticism for looking into cuts to the President’s Emergency Plan for AIDS Relief (PEPFAR), but he extended the program in December 2018.

Trump will deliver his State of the Union speech weeks after it was originally scheduled after going back and forth with House Speaker Nancy Pelosi during the partial government shutdown.