During his State of the Union address on Tuesday, President Donald Trump spoke on the issues of illegal immigration and why more security is needed on the country’s southern border.

“We have a moral duty to create an immigration system that protects the lives and jobs of our citizens,” Trump said as he gave his 2019 State of the Union address. “Tonight, I am asking you to defend our very dangerous southern border out of love and devotion to our fellow citizens and to our country.”

The speech comes as Congress remains divided on how to move forward with border security.

Trump, who made the issue a major campaign platform in 2016, has demanded $5.7 billion in funding to build a 234-mile long wall, citing a need to control crime and illegal immigration. However, Democrats have vehemently opposed the idea, framing it as immoral and a waste of taxpayer dollars.

A select group of 17 Republicans and Democrats from both the Senate and House met last week for the first day of border negotiations. The group, formed after the federal government officially exited the shutdown, is tasked with reaching a long-term compromise. (RELATED: Border Patrol Union President Previews Trump National Address)

The federal government experienced the longest partial shutdown in U.S. history, with Democrats and Republicans still at odds over the administration’s proposal for a border wall between the U.S. and Mexico. The government will enter a shutdown again if Congress is not able reach a compromise by Feb. 15. 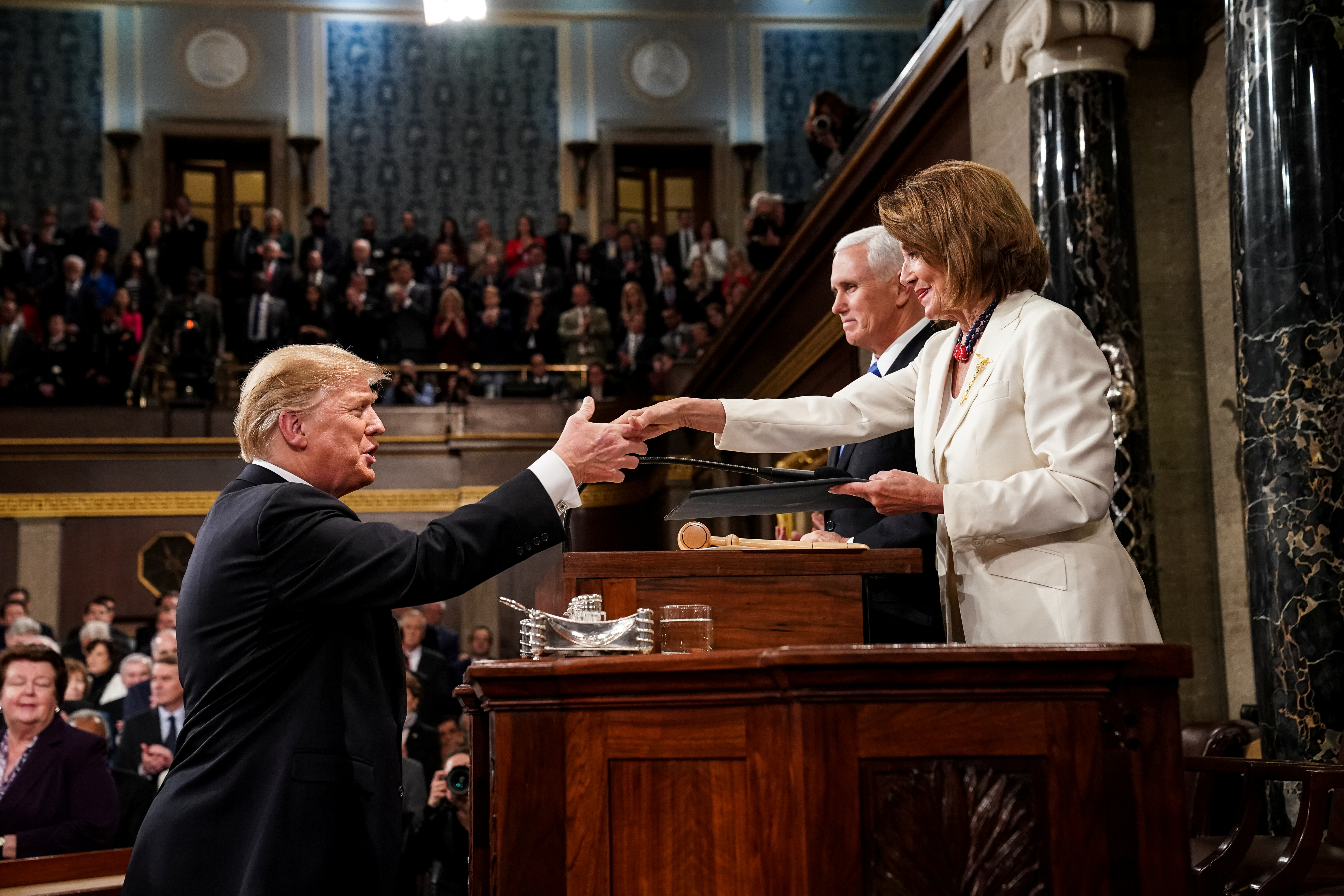 FEBRUARY 5, 2019 – WASHINGTON, DC: President Donald Trump delivered the State of the Union address, with Vice President Mike Pence and Speaker of the House Nancy Pelosi, at the Capitol in Washington, DC on February 5, 2019. Doug Mills/The New York Times/Pool via REUTERS

“Not one more American life should be lost because our Nation failed to control its very dangerous border,” the president continued.

Trump went on to cite the success of Immigration and Customs Enforcement officials, citing their arrests of criminal aliens over the past two years. He then touted his “smart, strategic, see-through steel barrier” proposal his administration sent to Congress. His proposal also includes more enforcement officials, humanitarian assistance, drug detection and eliminating loopholes that can protect child smugglers.

“Simply put, walls work and walls save lives. So let’s work together, compromise, and reach a deal that will truly make America safe,” the president concluded in his case for the wall.