The Pentagon is sending several thousand more troops to the southwestern border, fulfilling a request made by the Department of Homeland Security (DHS).

Currently, there are about 2,300 troops stationed at the southwestern border. Pentagon officials revealed Tuesday that they will be deploying an additional 2,000 troops as part of the DHS’ request for the military to extend its mission there. Originally intended to last until Dec. 15, the military’s mission will now be extended to Sept. 30.

“We are supporting our federal partners on the border, and that mission has been extended until September,” stated Pentagon spokesman Lt. Col. Jamie Davis. “We are currently sourcing the units involved and there will be an increase of a few thousand troops.”

Beyond maintaining a troop presence, the Pentagon will also aid DHS officials with infrastructure development. Military troops will help set up more concertina wire and expand surveillance capabilities along the border.

“Most recently DHS has asked us to support them in additional concertina wire and then expanded surveillance capability, and we’ve responded with, you know, here’s how many people it would take” Acting Defense Secretary Pat Shanahan told reporters on Tuesday.

The expansion of troops comes as President Donald Trump and congressional Democrats continue to be at odds over a proposed border wall. 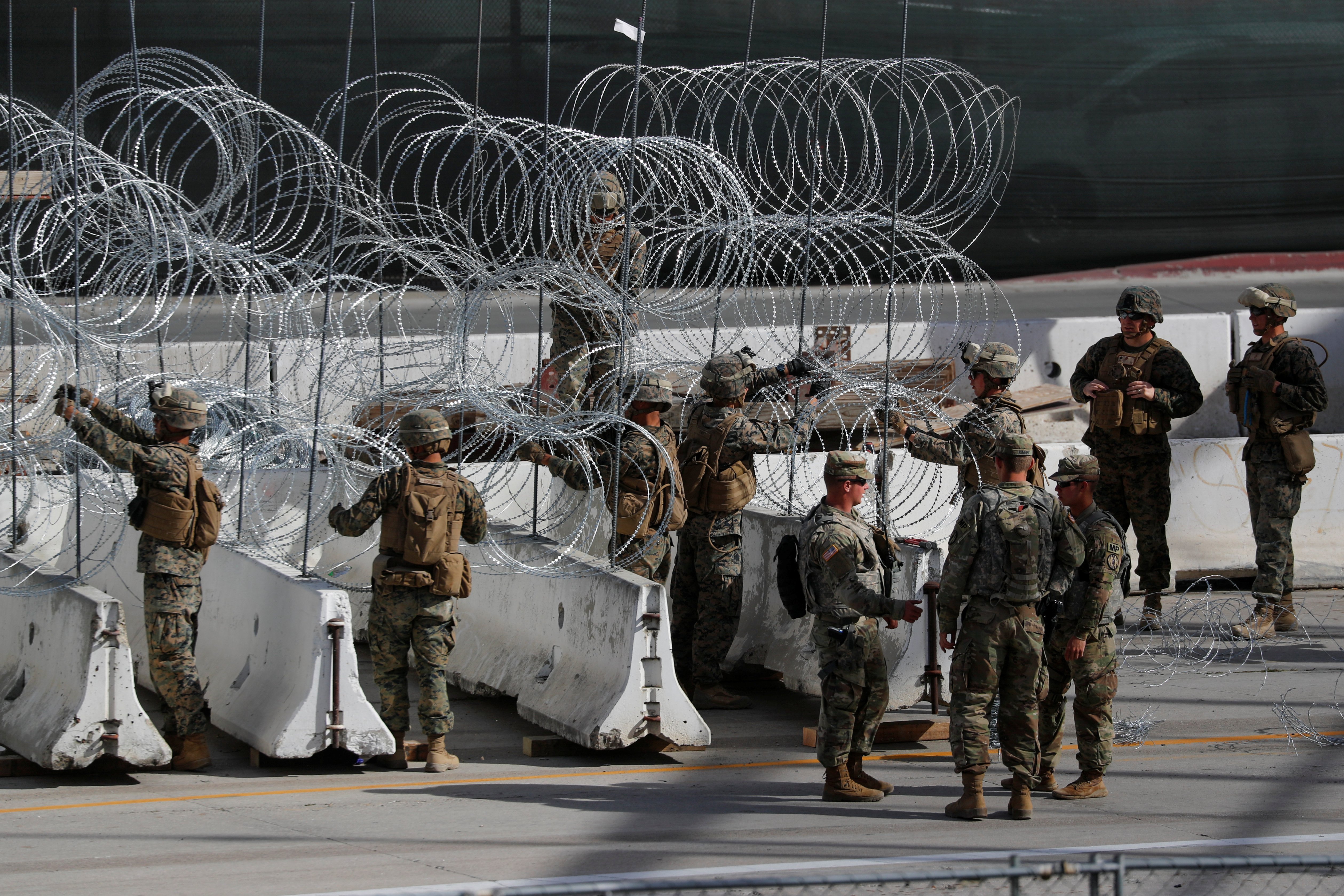 After undergoing the longest government shutdown in U.S. history, Trump announced on Friday that he reached a temporary deal to reopen the government until Feb. 15, giving the administration and congressional leaders three weeks to reach a long-term compromise on the border debate. (RELATED: Tucker Dedicates Segment To Walls Around The Homes Of Trump’s Biggest Critics)

The president has demanded $5.7 billion in funding to build a 234-mile long wall on the southern border. construction of the wall would fulfill Trump’s biggest campaign pledge in 2016. However, Democratic leadership has maintained their opposition, framing it as immoral and too expensive.