Republicans chanted “USA!” in the House gallery as President Donald Trump said the country was “strong” during his State of the Union address Tuesday night.

Trump said, “After 24 months of rapid progress, our economy is the envy of the world, our military is the most powerful on earth, and America is winning each and every day. Members of Congress: the State of our Union is strong.”

The chants then broke out in response.

He continued, “That sounds so good. Our country is vibrant and our economy is thriving like never before.”

Pres Trump: “Members of Congress: the state of our union is strong” 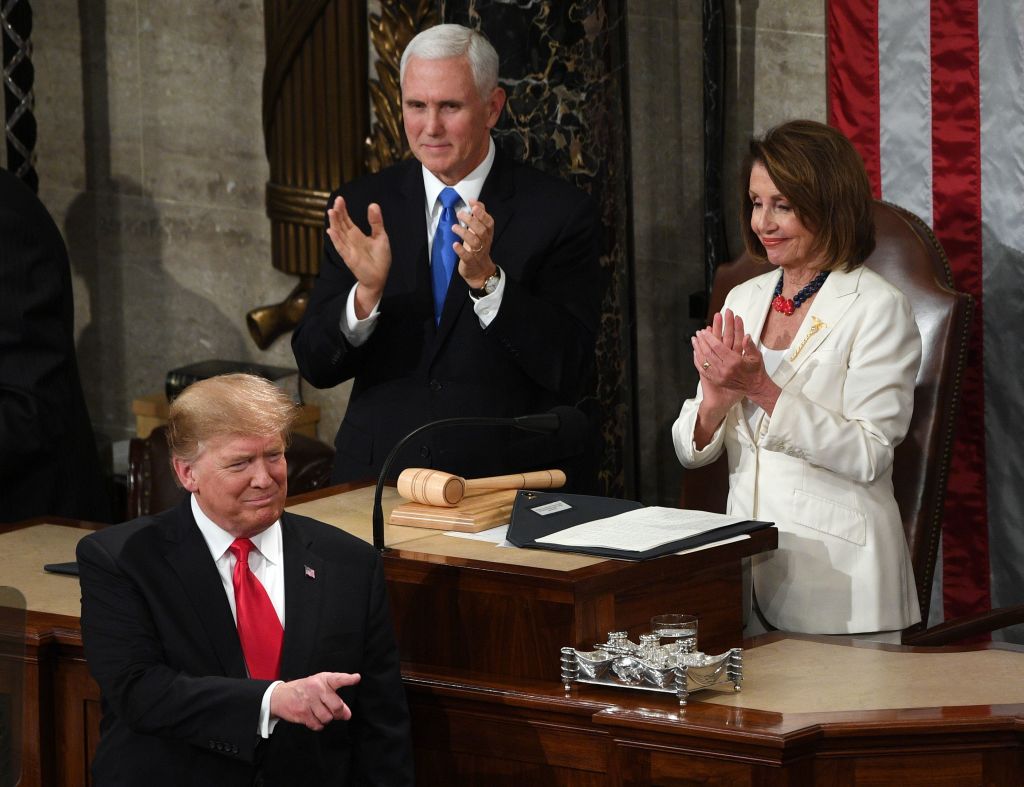 US President Donald Trump, with US Vice President Mike Pence and Speaker of the US House of Representatives Nancy Pelosi, prepares to deliver the State of the Union address at the US Capitol in Washington, DC, on February 5, 2019. (JIM WATSON/AFP/Getty Images)

REPUBLICANS CHANTED “USA, USA” WHILE IN THE USA DURING THE STATE OF USA’S UNION. #SOTU⁠ ⁠