Vice President Mike Pence spoke at Coast Guard Base Portsmouth — and in the middle of his speech, paused to answer an unexpected call of duty.

Pence was talking about the attitude of service members and their tendencies to put the needs of others above their own needs:

But even as he was speaking, one of the Coast Guard members on the stage next to him appeared to faint.

Without a pause or the slightest hesitation, the vice president turned from the podium and dropped out of view.

In a matter of seconds, Pence was on his knees next to the fallen Coast Guard member, assisting several others in helping her to her feet. (RELATED: Mike And Karen Pence Make Surprise Visit To March For Life) 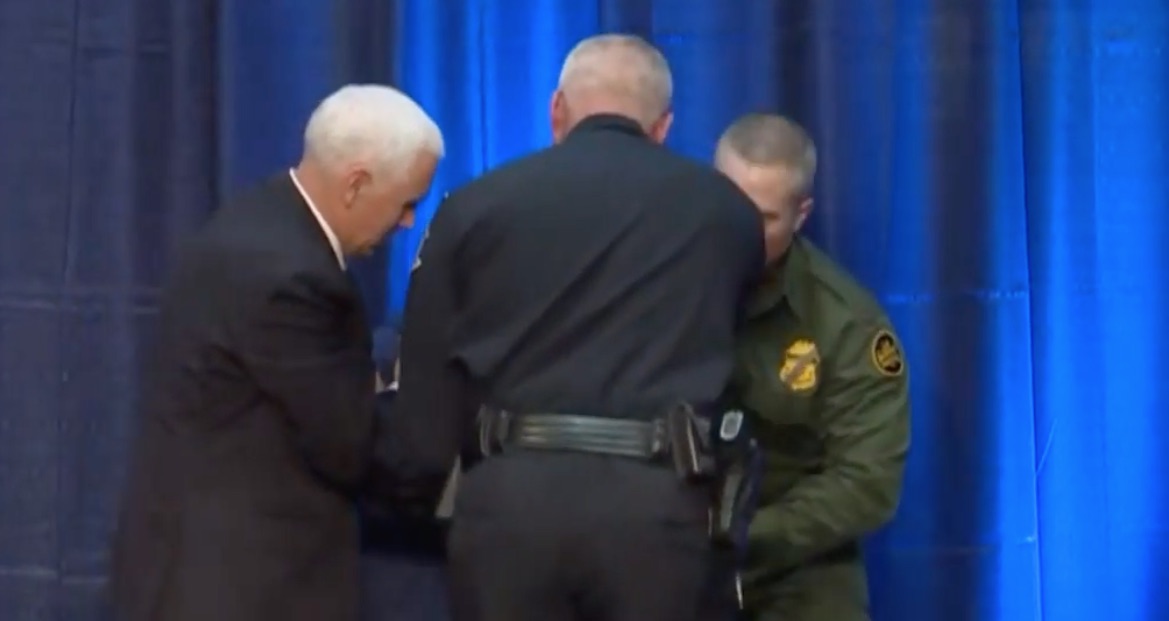 Pence was visiting Portsmouth to complete a tour of the base and discuss border security.