Herring, who is second in line to the governorship behind Gov. Ralph Northam and Lt. Gov. Justin Fairfax, admitted Wednesday that he wore blackface as part of a costume he wore to a college party in 1980.

Instead of calling Herring’s costume “blackface,” the New York Times opted in a tweet to call it “brown makeup.” They employed a similar euphemistic tactic with an article headline, calling it “dark makeup.”

“Virginia Attorney General Mark Herring says he dressed up in a wig and brown makeup as part of a costume while a university student,” the NYT tweet said.

The tweet has since been deleted and the headline updated. 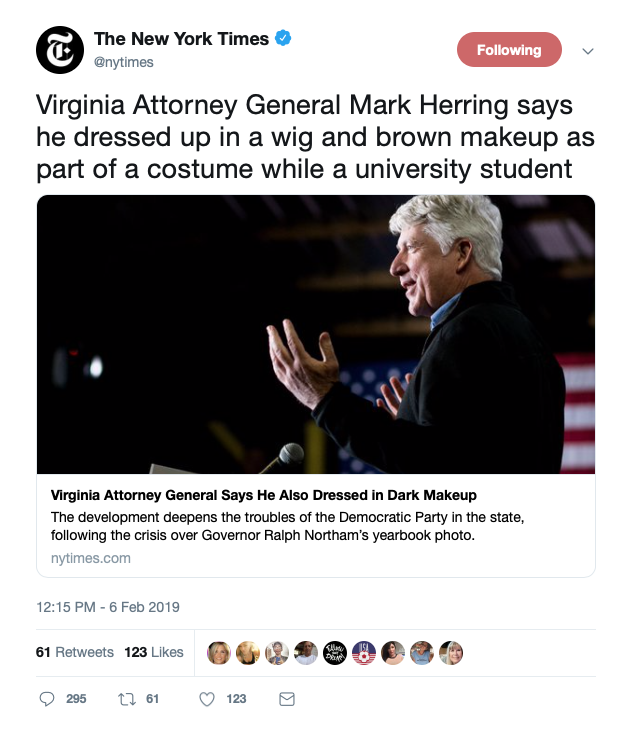 Heck of a headline update from The New York Times. pic.twitter.com/czkDqJwSAK