GOP Rep. Rob Bishop of Utah criticized Democrats on the House Natural Resources Committee on Wednesday, alleging they violated committee rules and did not make clear the intent of a hearing on climate change.

Bishop’s remarks came in his opening statement of a committee hearing Wednesday titled “Climate Change: The Impacts and the Need to Act.”

“It would have been a bit easier, if not at least more transparent, if the majority would have continued the long tradition of publishing a hearing memo, per Rule 4(c) of our Committee’s Rules — so that not just the Republicans — but also the public, could understand the purpose of the hearing,” Bishop, the committee’s ranking member, said in prepared comments.

“That being said, I want to preemptively thank [committee chairman Raul Grijalva] for what I hope is going to be a hearing focused on solutions and not just empty rhetoric and fear mongering,” Bishop said. (RELATED: Scoop: House Targets Another US Environmental Group Over Its Foreign Ties)

The Daily Caller News Foundation asked committee Democrats for comment on whether they violated committee rules.

“We told [Republicans] about our gubernatorial witnesses before the hearing was even announced. This claim is wrong on its face,” a spokesman responded.

Committee Rule 4(c) states that each party should make a tentative witness list available to the others as soon as possible after a hearing is announced. The majority party — now the Democrats — is also responsible for making a memo on the hearing’s subject matter and releasing for the entire committee to view, according to a copy of the committee’s rules obtained by TheDCNF.

“I’m curious to see how this fits in this committee’s jurisdiction,” Bishop said in prepared remarks after mentioning the committee’s work under the last Congress to push legislation and establish monuments. “We have not been given the details of where these hearings are going.” 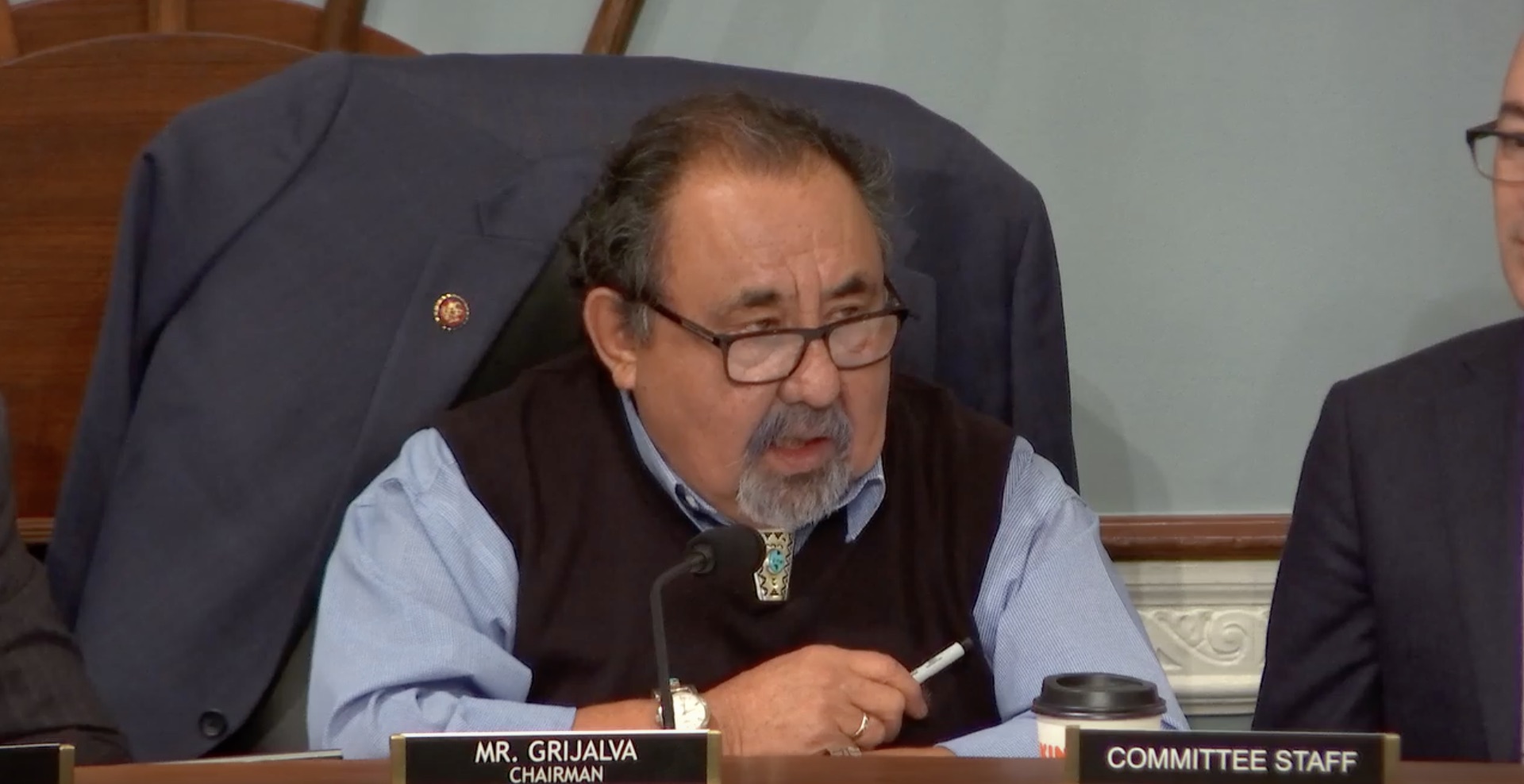 Democrat Rep. Raul Grijalva at a Natural Resources Committee Hearing on climate change on Feb. 6, 2019. (YouTube/Screenshot/Climate Change: The Impacts and the Need to Act)

The committee needs to prioritize reforming forest management practices to lessen the chance of deadly wildfires, as well as coming up with ways to chip away at the National Parks Service’s deferred maintenance backlog, Bishop said.

Grijalva, a Democrat representing Arizona, told Bishop the topic of climate change was within the committee’s jurisdiction because “this particular topic has … significance and consequences over all our jurisdictions.”