Robert De Niro had a public meltdown Thursday when he stepped out of the Manhattan Courthouse following divorce proceedings and his driver wasn’t there.

“Where the f–k are you? I don’t care if the construction guys told you to move. You’d see all the photographers out here. You’re not where you dropped us off,” the 75-year-old outspoken actor shouted to his driver while hiding from photographers behind some newspapers, according to video captured by New York Daily News on Thursday. (RELATED: ‘Die Hard’ Actor Rips Into De Niro: ‘It Was Disgusting What You Did’) 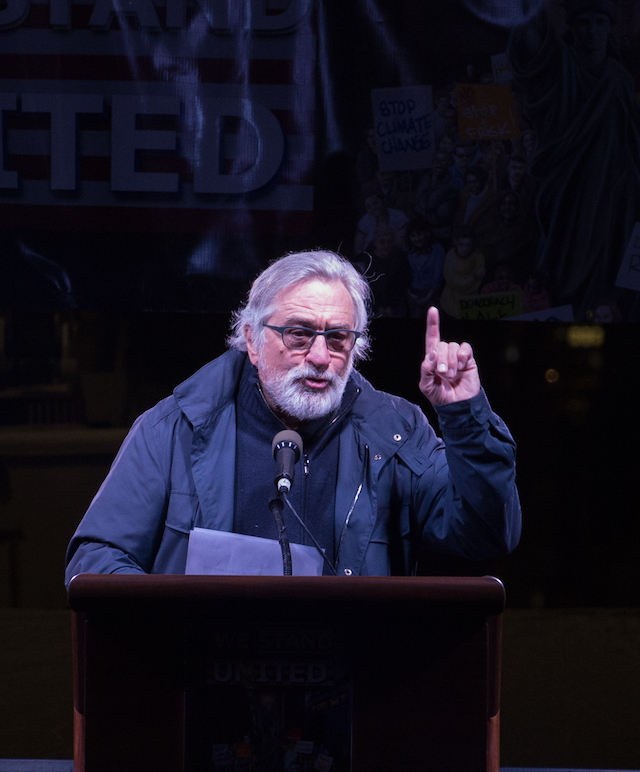 “You’re not in front! You’re not where you dropped us off,” he added, according to Page Six. (RELATED: Watch This Guy Destroy A Portrait Of Robert De Niro After His Anti Trump Rant)

De Niro continued, “On Worth Street! Then you’d see all the photographers here! You’re not where you dropped us off!”

The “Taxi Driver” star’s lawyer then suggested they go “back in the building” to deal with the matter until the driver arrived.

“This is ridiculous,” the Oscar-winning actor responded, as the group headed to the back of the courthouse.

De Niro was in court to deal with hearings related to his divorce from wife Grace Hightower following 20-plus years of marriage.

As previously reported, he filed from divorce in December. The two were in court dealing with custody of their 6-year-old daughter, Helen Grace. They have a son, too: 20-year-old Elliott.

“Grace and I have two beautiful children together. We are entering a period of transition in our relationship which is a difficult but constructive process,” De Niro shared in a statement last year. “I honor Grace as a wonderful mother and ask for privacy and respect from all as we proceed to develop our roles as partners in parenting.”