House Democrats pushed legislation during a hearing Thursday that would require presidents and presidential candidates to release tax returns in order to get President Donald Trump’s tax returns.

“We have been called, we have been chosen to lead at this time in our history …” Democratic Georgia Rep. John Lewis said in opening remarks at the hearing. “We will review whether a president, vice president or any candidate for these offices should be required by law to make their tax returns available to the public. In other words, we will ask the question: Does the public need to know that a person holding the highest office in our country obeys the tax laws?”

Lewis is the chair of the oversight subcommittee of the House Ways and Means Committee, which held the hearing — its first on the subject of presidential tax returns.

House Democrats have threatened to go to the extreme of seizing Trump’s tax returns after outcry when Trump bucked four decades of precedent by opting not to release his tax returns during his 2016 campaign.

Trump has released lengthy annual financial disclosures, which are required by the Ethics in Government Act of 1978, according to the Center for Responsive Politics. Democrats, however, say they need his recent tax returns to check on his charitable giving, foreign ties and more. The White House also released Trump’s 2005 tax returns showing he paid $38 million in taxes. 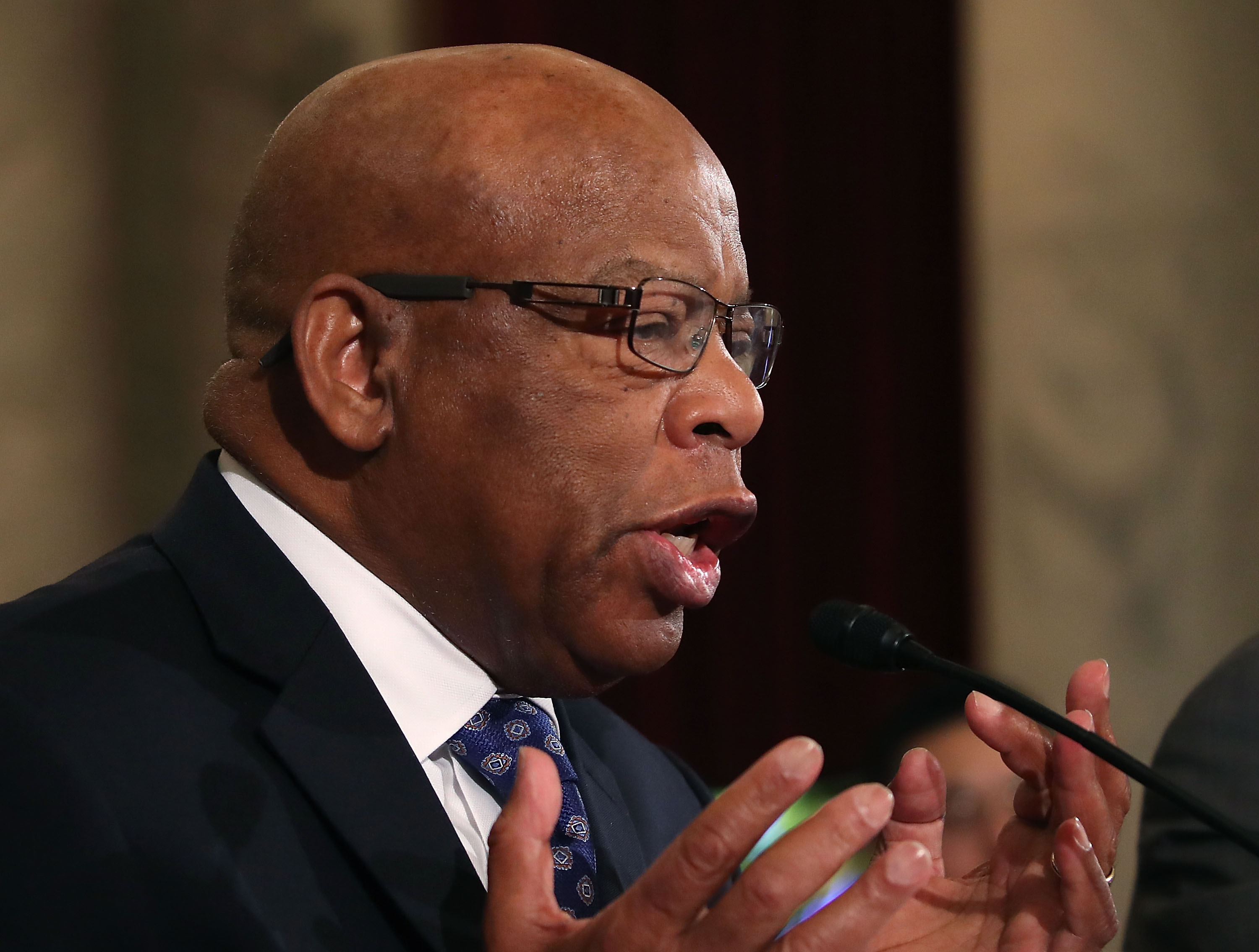 Rep. John Lewis, reads a statement speaking out against Attorney General nominee Jeff Sessions, during a Senate Judiciary Committee hearing on Capitol Hill, January 11, 2017 in Washington, DC. The committee is on its second day of the Sessions confirmation hearing. (Photo by Mark Wilson/Getty Images)

Republican Ohio Rep. Brad Wenstrup pointed out that the president and vice president are audited by the IRS every year.

Now that they have taken back the House, Democrats are split on how to go about obtaining Trump’s tax returns. House Resolution 1 is unlikely to become law. They could use the “committee access” provision, which lets the tax writing committee request any taxpayer’s tax records from the Treasury secretary, reported NPR. Others like New York Rep. Hakeem Jeffries want to focus on issues that will more directly affect the American people, like health care.

The disconnect has progressive and freshman lawmakers worried since many of them campaigned in part on going after Trump’s tax returns.

“We do want to be respectful and give a little bit of time for committees to get going but obviously this is a top issue and a top issue for a lot of Democrats who just won election,” Rep. Pramila Jayapal of Washington said, according to the Washington Examiner. “They talked about this when they were running, so we do need to make sure that the American people know we are looking out for what we’ve had from every other president.”

“People deserve to see the tax returns of anyone who is running for president,” Schultz said while speaking at Purdue University in Indiana. “If I choose to run, I promise I will absolutely release my tax returns. You can clap for that.”