Texas Republican Rep. Dan Crenshaw said Monday that former Texas Democratic Rep. Beto O’Rourke should answer if he would remove the border wall in his hometown of El Paso if he had the ability to do so.

“[O’Rourke] should answer a simple question tonight with respect to the border wall debate,” Crenshaw tweeted. “If you could snap your fingers and make El Paso’s border wall disappear, would you?”

.@BetoORourke should answer a simple question tonight with respect to the border debate:

If you could snap your fingers and make El Paso’s border wall disappear, would you?

Because this DHS graph shows that when the wall was built, illegal crossings dropped significantly. pic.twitter.com/JgquXfw2Ee

“This DHS graph shows that when the wall was built, illegal crossings dropped significantly,” he continued. (RELATED: Beto O’Rourke Thinks People Have Died Because Of The Border Wall)

The failed senatorial candidate has emphasized that the way to improve safety and security is to “ensure that we are maximizing the potential from everyone … [and] treating each other with respect and dignity,” and referred to Trump’s request to fund a wall an “expression of our smallness, our meanness, our fear to the rest of the world.” 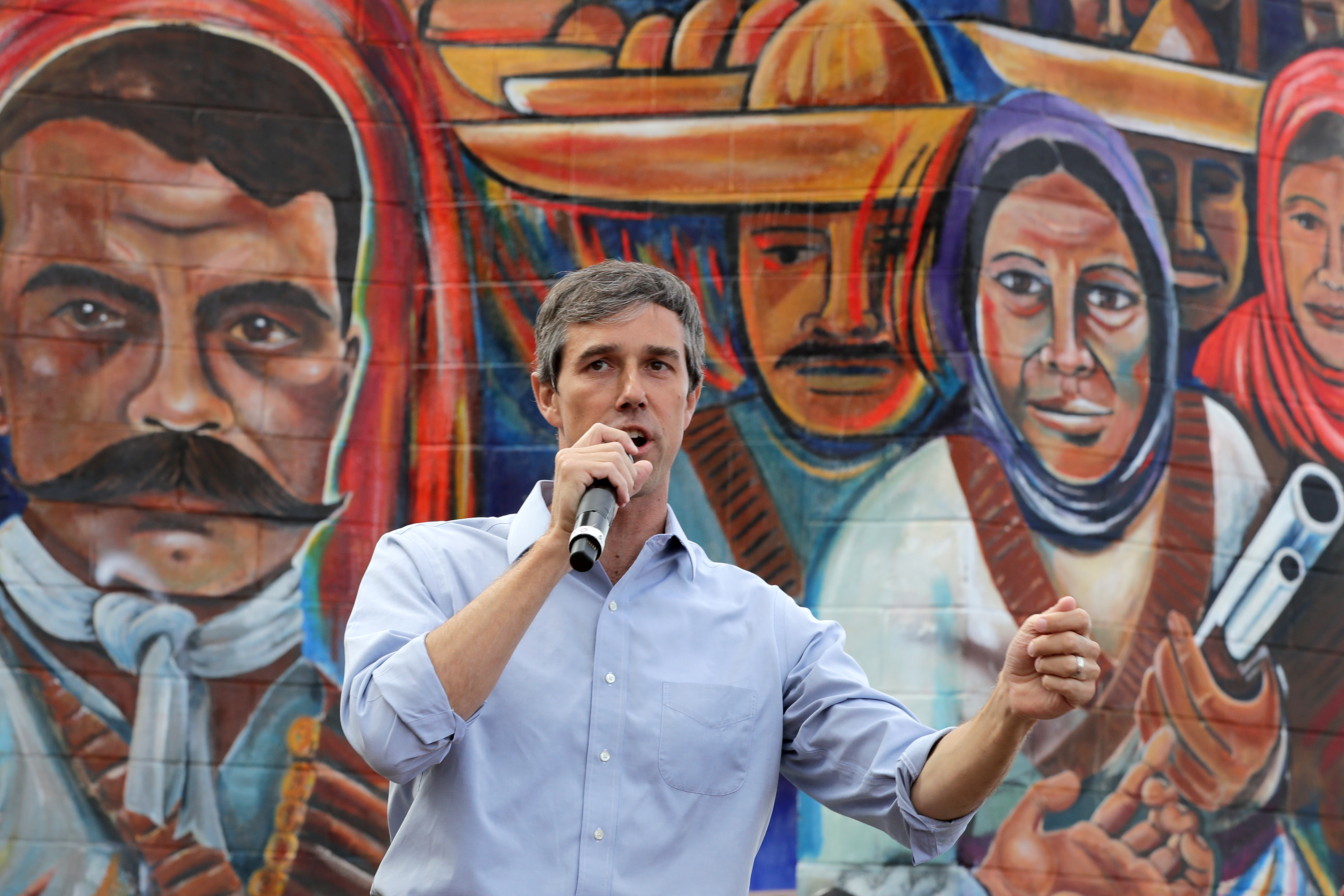 O’Rourke, who has claimed to oppose open borders, has faced backlash for refusing to clarify where he stood on the migrant caravan that was heading toward the U.S. O’Rourke dodged commenting on the topic despite immigration and border security overwhelmingly being the top issues for voters in Texas during his unsuccessful run to unseat Republican Texas Sen. Ted Cruz in November.

He also raised eyebrows in December when he blamed a border wall as the reason for why an increasing number of migrants have died as they illegally attempt to cross into the country. (RELATED: Ted Cruz Uses The Constitution To Defend Building The Wall)

Trump is scheduled to hold a rally in El Paso on Monday to promote the wall, and O’Rourke is simultaneously planning on leading an anti-wall march. During the event, he will be speaking to counter what he calls the “lies and a false narrative about the U.S.-Mexico border” that the president will promulgate.