“When your mom doesn’t think you’re a ‘real’ celebrity…Tonight in Phoenix, I shared this text thread from my mom from #Grammys night, and I just had to share it with all of you. #TextsFromMom,” Michelle captioned her post on Instagram Wednesday, along with screenshots of her text messages with her mom, Marian Robinson. (RELATED: Michelle Obama: Men Are Too Entitled)

“I guess you were a hit at the Grammys,” Robinson wrote, before asking if the former first lady had met “any of the real stars” during her appearance at the event Sunday night in Los Angeles.  (RELATED: Celebrate Anna Kendrick’s Birthday With Her Hottest Looks [SLIDESHOW])

Obama, who is rarely shy about her thoughts, then replied that, “And I am a real star… by the way…”

To which her mom had a one word response, “Yeah.” 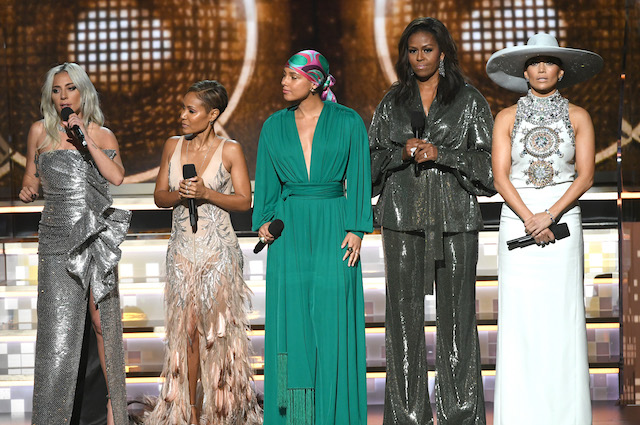 It comes on the heels of her daughter making headlines Sunday night after the host of the 61st Annual Grammy Awards, Alicia Keys, welcomed Jennifer Lopez, Jada Pinkett Smith, Lady Gaga and Obama to the stage to talk about the unifying message of music in our lives.