When California voters approved a massive high-speed rail line in 2008, they were promised an ambitious project that eventually turned into the notorious “train to nowhere.”

China and Europe have thousands of miles of high-speed rail, the argument went, so why can’t California? High-speed rail would ease congestion, cut down on travel times, reduce pollution and lower the state’s carbon footprint.

Fast-forward 10 years, and, not only is the rail line far from being completed, but its costs also ballooned to a point where even Democratic Gov. Gavin Newsom couldn’t stomach it — “Let’s be real,” he told Californians on Tuesday.

“Let’s level about the high-speed rail,” Newsom said. “Let’s be real, the current project as planned would cost too much and, respectfully, take too long. Right now, there simply isn’t a path to get from Sacramento to San Diego, let alone from San Francisco to L.A. I wish there were.”

He tweeted Wednesday, however, the project was still on.

How did California’s dream of high-speed rail turn into the nightmare “train to nowhere?” Here are five big reasons the state’s high-speed rail project failed to pick up speed. 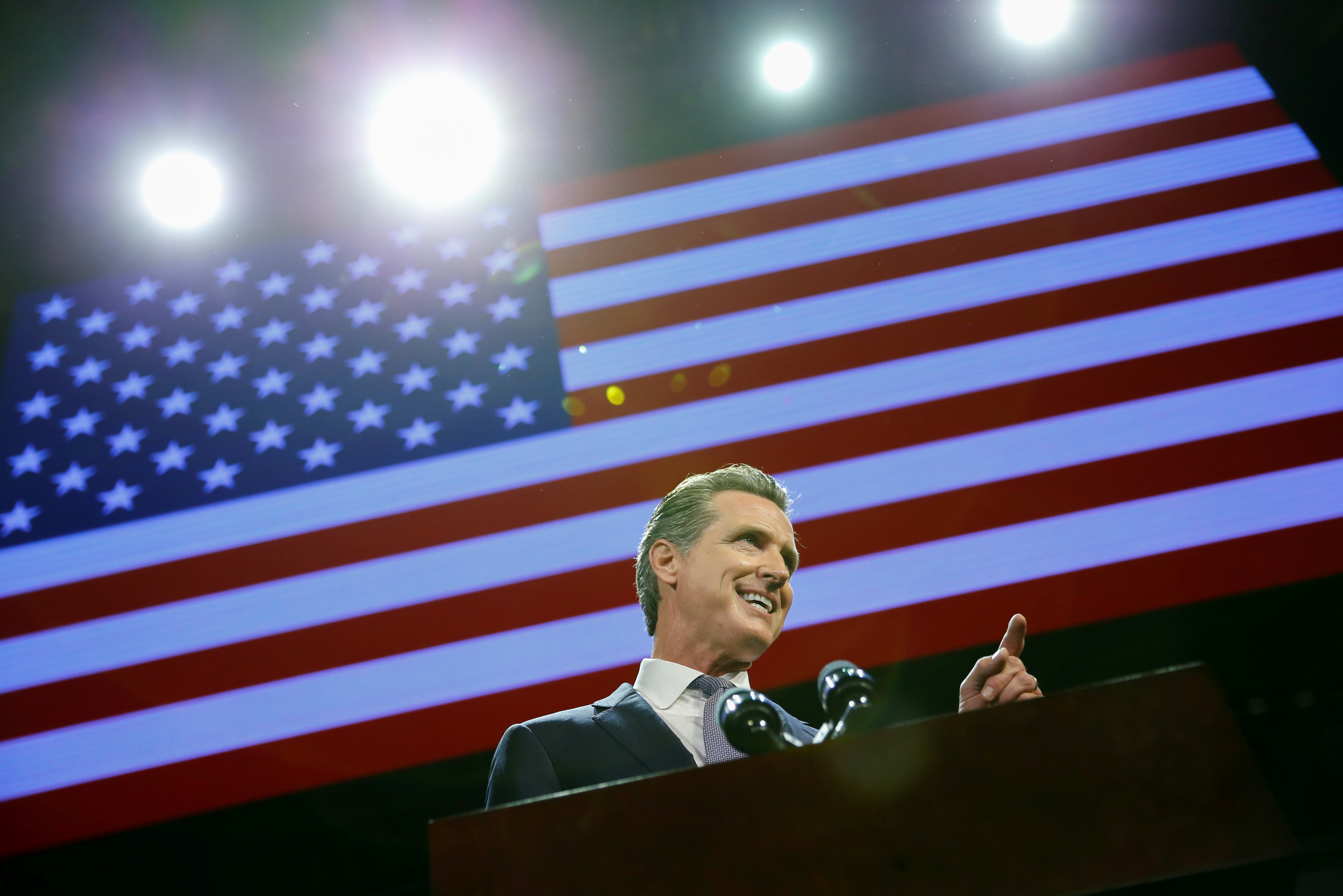 1. It Was Destined To Be A Boondoggle From The Start

“California high-speed rail didn’t turn into a boondoggle; it started out as one,” said Randal O’Toole, a senior fellow at the libertarian Cato Institute. (RELATED: California’s Plan To Finish 119 Miles Of High-Speed Rail To Cost $89 Million Per Mile — Four Times More Than Trump’s Border Wall)

O’Toole, an expert in public transportation and city planning, said there were early indications high-speed rail would end up costing way more than was sold to California voters in 2008. A 1997 study showed high-speed rail would still be more expensive than flying or driving and cost $10 billion.

However, when California issued its first formal cost estimate for high-speed rail in 2000, the figure was pegged at $20 billion. By 2008, high-speed rail from Los Angeles to San Francisco was estimated to cost $33 billion.

“Based on those numbers, they argued that not only would the line make an operating profit, private investors would be willing to invest up to $7.5 billion in the project,” O’Toole said. “Everything spiraled out of control from there.”

Now, the state estimates finishing the entire high-speed rail line would cost $77 billion, though others have said the project would cost around $100 billion to complete. 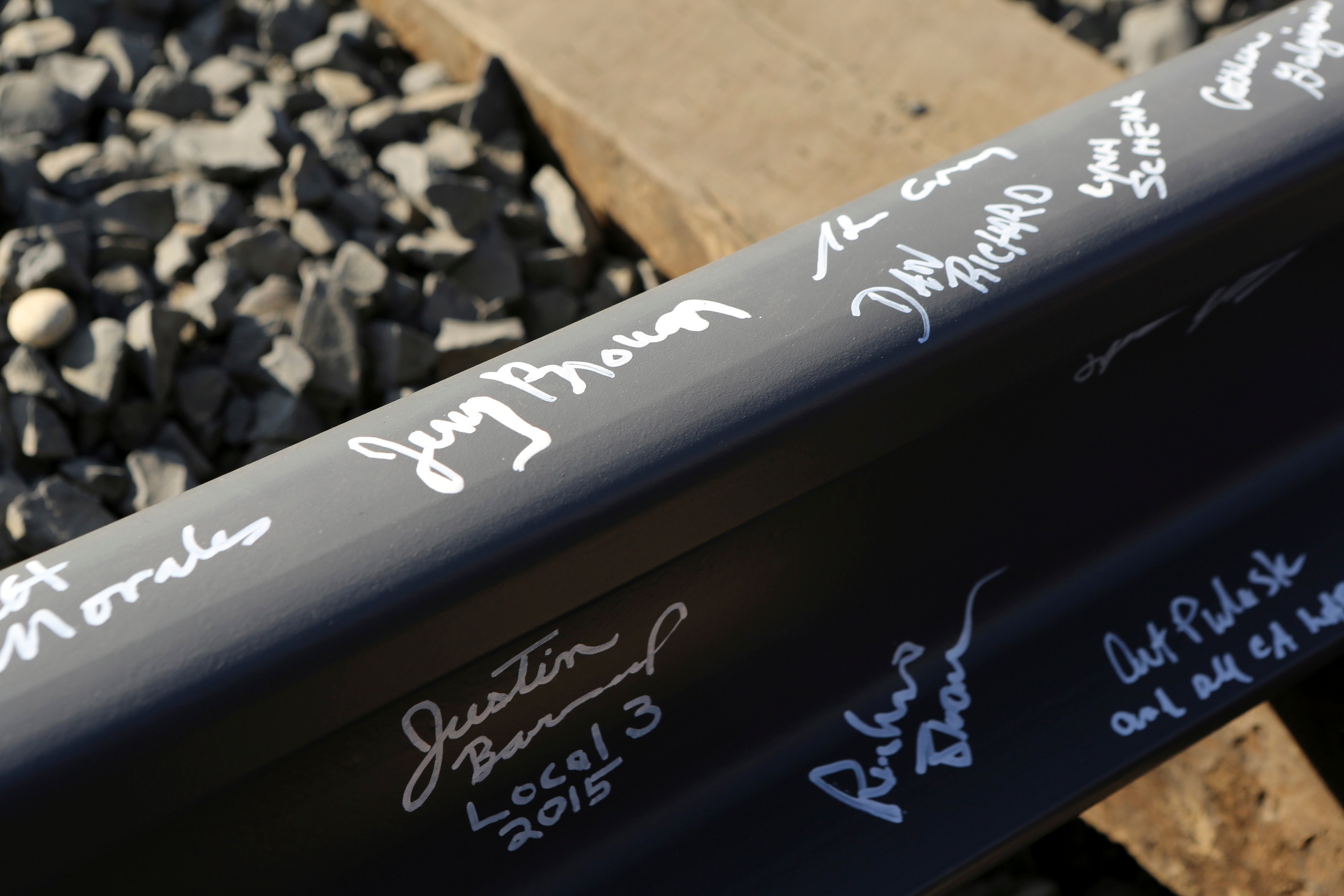 California Governor Jerry Brown’s name and others are pictured on a railroad rail after a ceremony for the California High Speed Rail in Fresno, California January 6, 2015. REUTERS/Robert Galbraith.

State auditors released a damning report in December 2018 on the High-Speed Rail Authority’s “flawed decision making regarding the start of high-speed rail system construction in the Central Valley.”

Rail planners’ “ongoing poor contract management for a wide range of high-value contracts have contributed to billions of dollars in cost overruns for completing the system,” auditors concluded in November 2018.

When construction began in the Central Valley in late 2013, state officials had not purchased the land they’d need, figuring out how to re-site utility equipment and “obtaining agreements with external stakeholders,” the report noted.

The total cost of the Central Valley line is expected to be $10.6 billion — $89 million per mile — and be completed by 2022. Newsom committed to finishing this section of the line, while delaying the rest of the project.

However, the $2.6 billion California got from 2010 stimulus package required the Central Valley line to be completed in 2017. Even if that deadline were extended, auditors feared “[m]issing the deadline could expose the State to the risk of having to pay back as much as $3.5 billion in federal funds.” 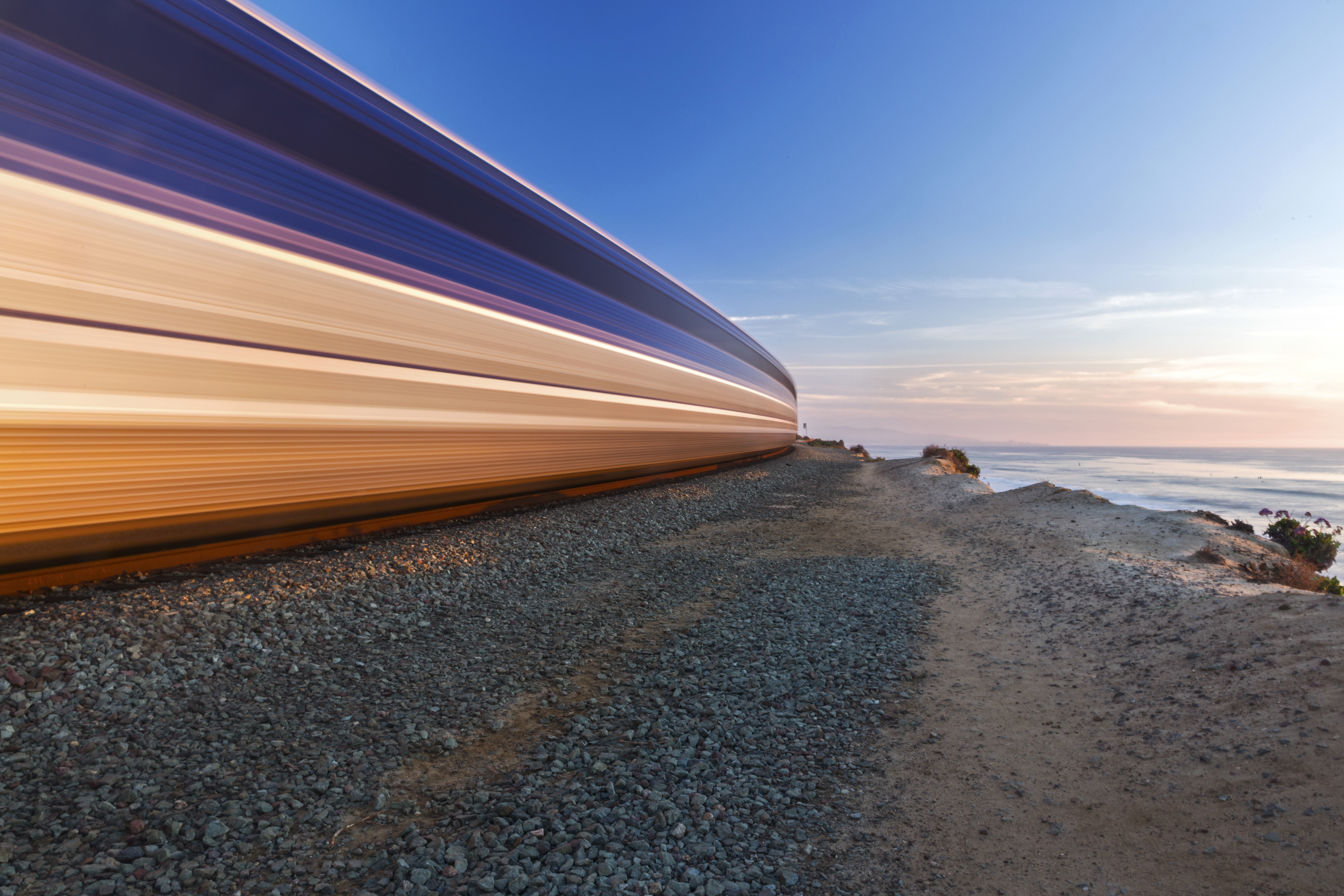 “Maintenance costs are higher and fare revenues are lower than projected for almost all of these kinds of projects,” O’Toole said. “Look at Florida’s Brightline: ridership in the first year was at least 40 percent below expectations.”

The Brightline, which is now called Virgin Trains, still loses money and called off its highly anticipated IPO Tuesday to expand its service to Orlando. The company said it found private sources of financing, but it’s still behind schedule for existing projects.

Even a planned high-speed rail line through wide-open Texas is expected to cost $15 billion, though that project is supposed to be financed by private investors.

“Even with generous subsidies, traveling by high-speed rail is still more expensive than flying for 12 of the 23 most popular high-speed rail routes in the world,” the study found. 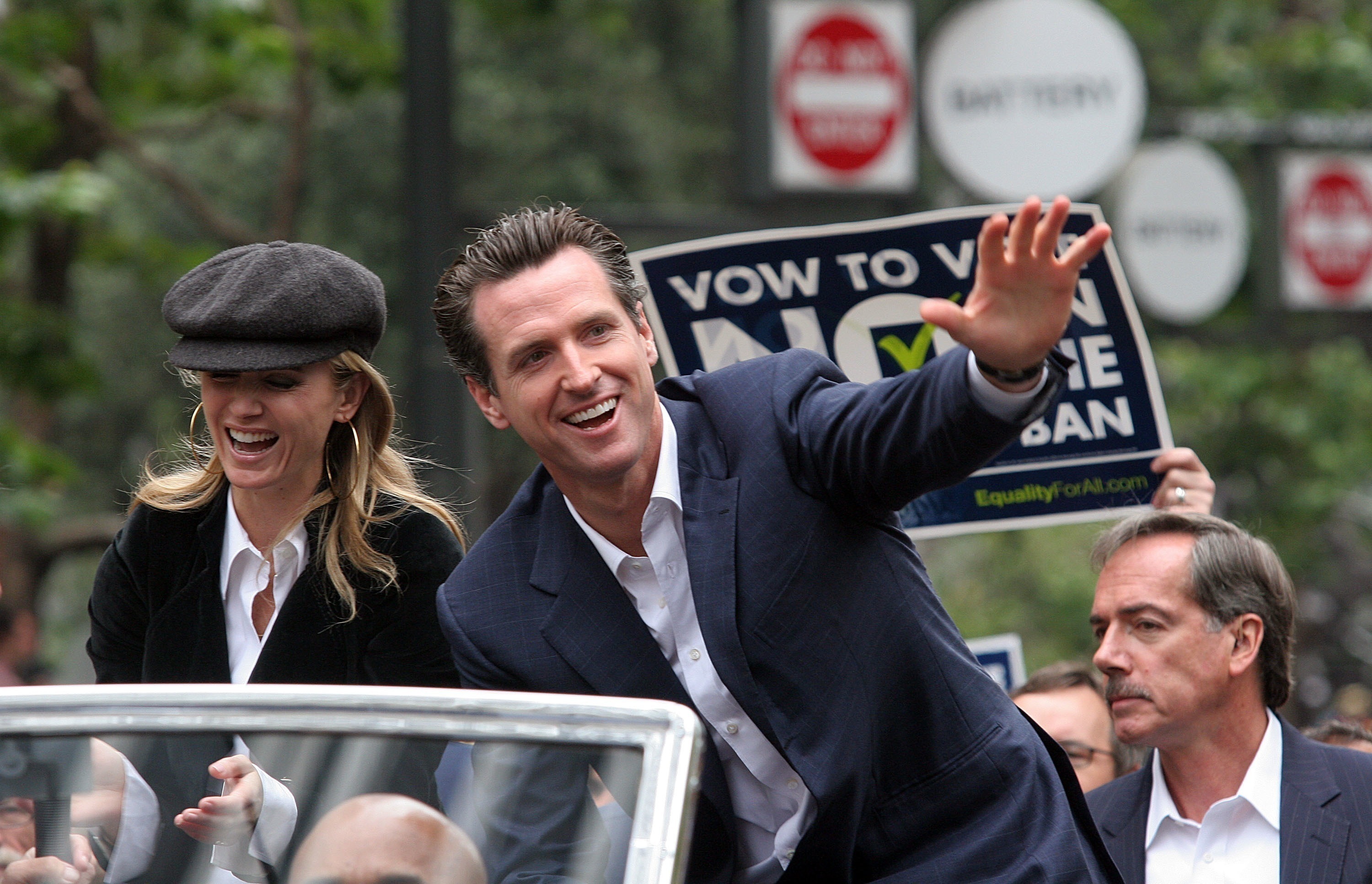 Of course, all that infrastructure means going through layers of federal, state and local permitting that often creates delays.

The Washington Post’s Megan McArdle recently noted, “[w]hat Europe does not have, generally speaking, is the ability to tie up the government for a few decades in eminent domain appeals, environmental reviews and so forth.”

For example, National Environmental Policy Act, or NEPA, reviews of a major project’s environmental impacts can take years and cost millions of dollars. All that money goes toward consultants and lawyers needed to navigate the process.

All along the way, project developers can be tied up in the courts with lawsuits. Environmentalists often find ways to stop projects through technicalities in the NEPA process.

“[T]he U.S. legal system offers citizens an unparalleled number of veto points at which they can attempt to block government projects,” McArdle wrote. “Any infrastructure project bigger than painting a schoolhouse thus has to either fight out the reviews and court cases for years, or buy off the opponents, or more likely, both.”

A 2011 lawsuit complicated California’s attempts to acquire land for the high-speed rail line. A state court ruled against the rail line, and even though the ruling was eventually overturned, it delayed the project. 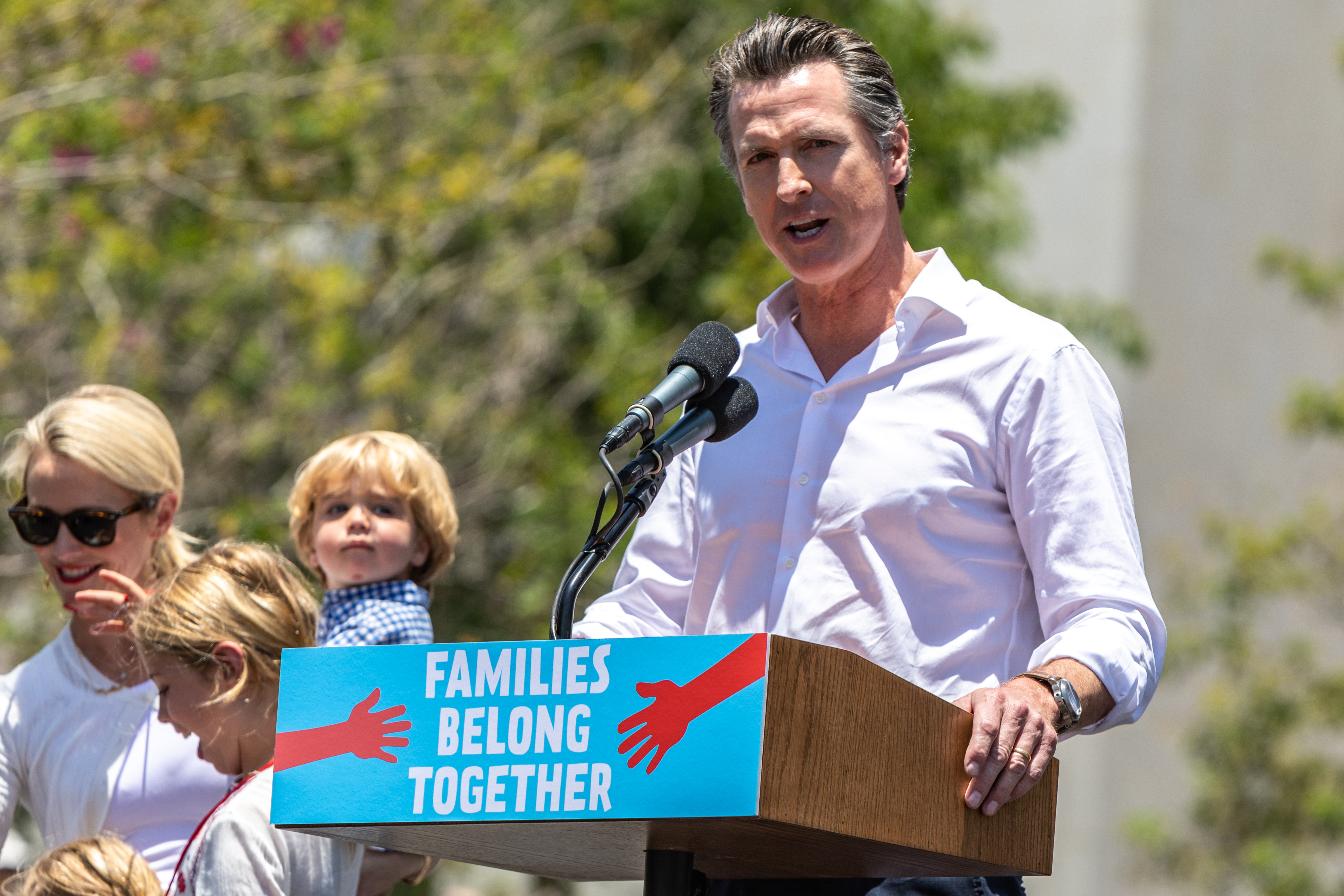 For high-speed rail to succeed in the U.S., it would also need to be cost-competitive with flying and driving. That’s easier said than done, O’Toole said.

A high-speed rail line would also be subject to the same laws as Amtrak, world-renowned for hemorrhaging cash. The Reason study noted Amtrak is “subject to outdated labor laws such as the Railway Labor Act of 1926” and others put into place before trains faced “competition from automobiles, buses and planes.”

Urban density of U.S. cities versus those of Europe and Japan also come into play. U.S. cities, like Los Angeles, are much less dense than European and Japanese cities, meaning less of a need to ease congestion — though Los Angelinos still face mind-numbing amounts of traffic!

“California could build eight or ten miles of four-lane freeway for the cost of one mile of high-speed rail,” O’Toole added. “This means high-speed rail is almost never viable without gigantic subsidies.”