The Democratic National Committee is attempting to fundraise off President Donald Trump’s plan to declare a national emergency.

“[N]ot only will [the president] violate hundreds of years of constitutional norms, he will once again choose to put families at risk with his unsound immigration policies,” Democratic National Committee (DNC) Chairman Tom Perez wrote in an email to supporters Thursday. “This declaration is an affront to our values as a nation — and further proof that we simply cannot risk four more years under Trump.”

The email asked readers to immediately donate $3 to the DNC and also offered a range of different donation levels, with the highest being $100.

“This national emergency is a big one, and it’s up to loyal Democrats like you and me to fight back,” Perez continued.

The email follows news that Trump will wield executive authority to secure billions more for border wall funding. The president announced Thursday that not only does he plan on signing a bipartisan congressional bill, but he will also declare a national emergency. The move will give the White House a total of $8 billion to build a wall on the U.S.-Mexico border.

The move has left Democrats crying foul. House Speaker Nancy Pelosi made an ominous warning about what a Democratic-controlled White House could do in the future now that Trump has opened the door to national emergency authority. 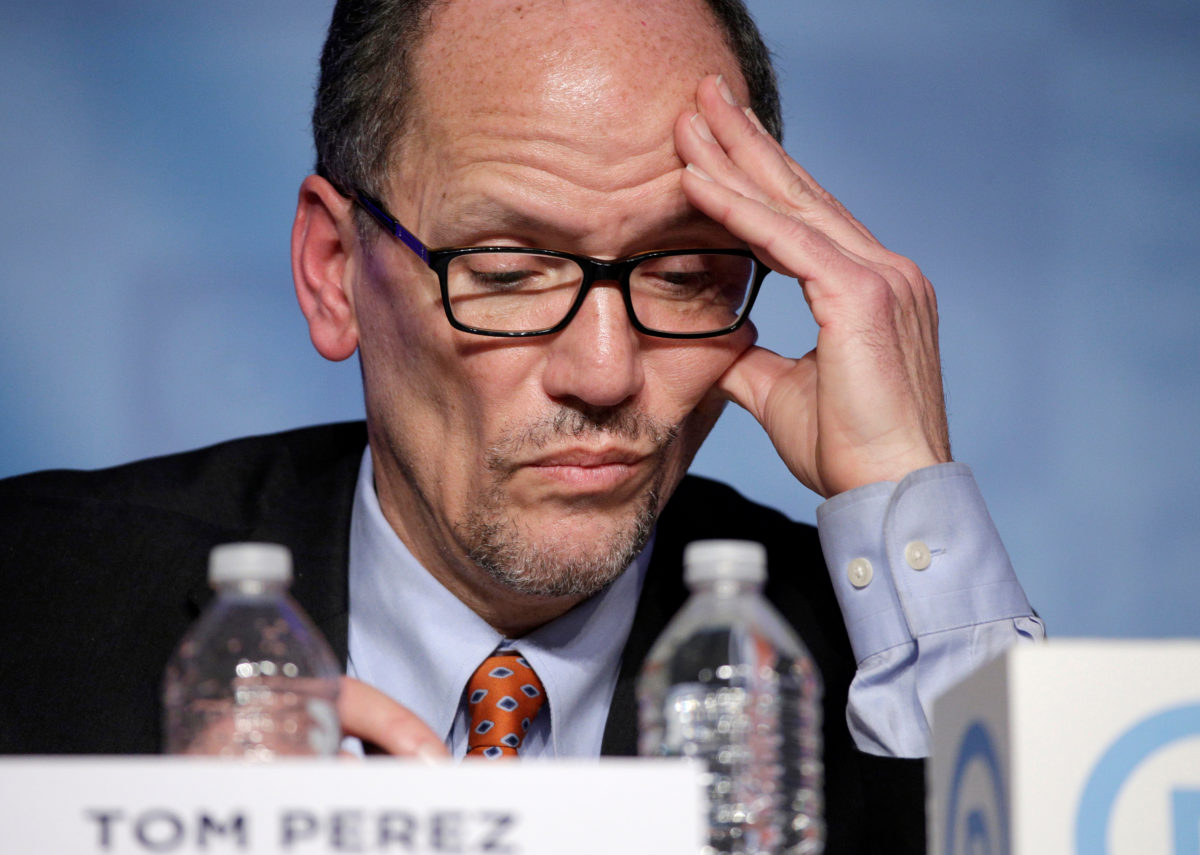 “You want to talk about a national emergency? Let’s talk about today, the one-year anniversary of another manifestation of the epidemic of gun violence in America,” the California Democrat said Thursday. “I’m not advocating for any president to do an end run around Congress. I’m just saying that the Republicans should have some dismay about the door they are opening, the threshold they are crossing.” (RELATED: Will The Border Deal Include More Funding For Wall Construction Than Previous Years?)

In fact, the DNC also fundraised Thursday off the one-year anniversary of the Parkland, Florida, school shooting that left 17 people dead. Donation options for the Parkland email went as high as $2,000.