Democratic Illinois Gov. J.B. Pritzker signed a bill Tuesday raising the state’s minimum wage from $8.25 an hour to $15 by 2025, The Hill reported.

Pritzker signaled Thursday that he would sign the bill after it passed the Illinois state House and Senate.

“Phasing in the minimum wage over the next six years will put $6,300 a year into the pockets of nearly a quarter of our state’s workforce and billions of dollars into local economies in every corner of our state,” Pritzker said in a statement.

The bill raises the state minimum wage incrementally to $9.25 on Jan. 1, 2020 and to $10 an hour the following July, and it will continue to increase by $1 a year until 2025, according to The Hill. (RELATED: EXCLUSIVE: State Minimum Wage Laws Will Decimate Job Growth This Year, Study Says)

Illinois is on track to be one of the first states in the U.S. to mandate a $15 an hour minimum wage. Former Republican Gov. Bruce Rauner vetoed a similar bill in 2017 before he lost his re-election bid to Pritzker the next year. Pritzker campaigned on raising the minimum wage, the Chicago Tribune reported. 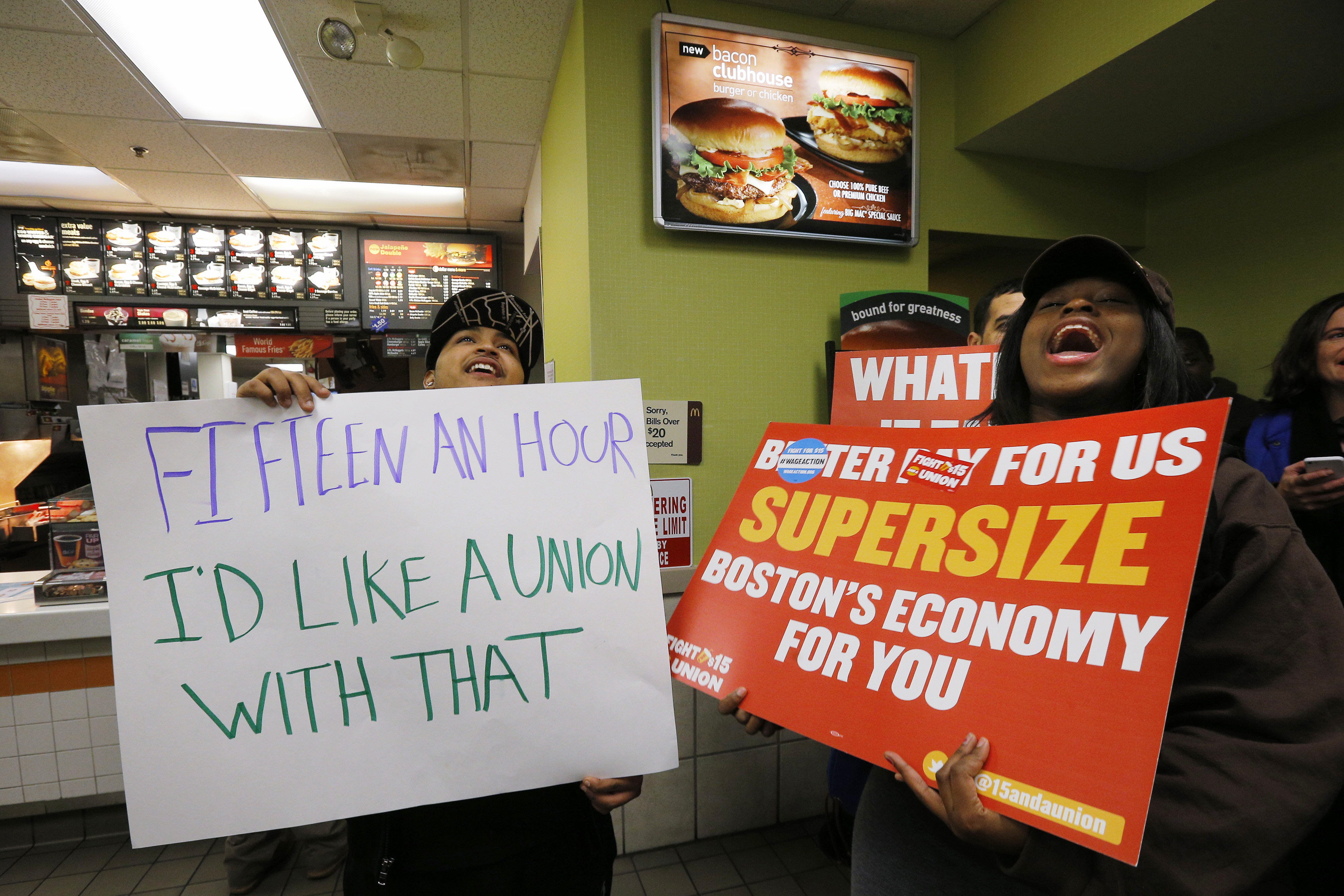 Scores of fast food workers and their supporters calling for a $15 minimum wage fill a McDonald’s restaurant in Chelsea, Massachusetts, Dec. 4, 2014. REUTERS/Brian Snyder

Unions are pushing for a nationwide $15 minimum wage through the Fight for $15 movement. Cities and local districts across the U.S. have already implemented the policy, such as New York City and Seattle.

Economists generally object to minimum wage increases, arguing that the rise in some workers’ wages is offset by others losing jobs and pushing employers to automate faster where possible. Small businesses are beginning to struggle under New York City’s policy. Employers are adapting by forgoing hiring low-skilled employees in favor of others that do not need as much training and cutting back hours for working employees.

A June 2017 study, published by the National Bureau of Economic Research, of Seattle’s minimum wage, which was $13 an hour at the time, found that low-skilled workers were losing around $125 a month on average since the last hike went into effect.