New York City hiked its minimum wage for the third time in three years on Jan. 1 and small business owners are struggling to adapt to the steadily increasing labor costs.

New York City’s minimum wage rose to $15 an hour for all employers with more than 10 employees at the start of 2019. Small businesses have set about adapting to the increased labor costs by hiking prices, cutting jobs and benefits, and automating more of their operations, The Wall Street Journal reported Monday. (RELATED: Dems Set Sights On $15 Minimum Wage After Winning House: Report)

“It is a very tricky and delicate situation,” Amy Scherber, who employs 210 people across seven bakeries in the city, told WSJ. “We’d love to give a good raise to every person, but the reality is there’s just not that much extra money around.”

Businesses across the state are having trouble finding workers while unemployment sits at 3.7 percent, a New York State Department of Labor analyst, Elena Volovelsky, told WSJ.

Scherber is walking a fiscal tightrope between following the law, keeping a fair pay scale – bumping employees’ wages up to $15 an hour while giving raises to others who were previously making more than the minimum – and running a profitable business. 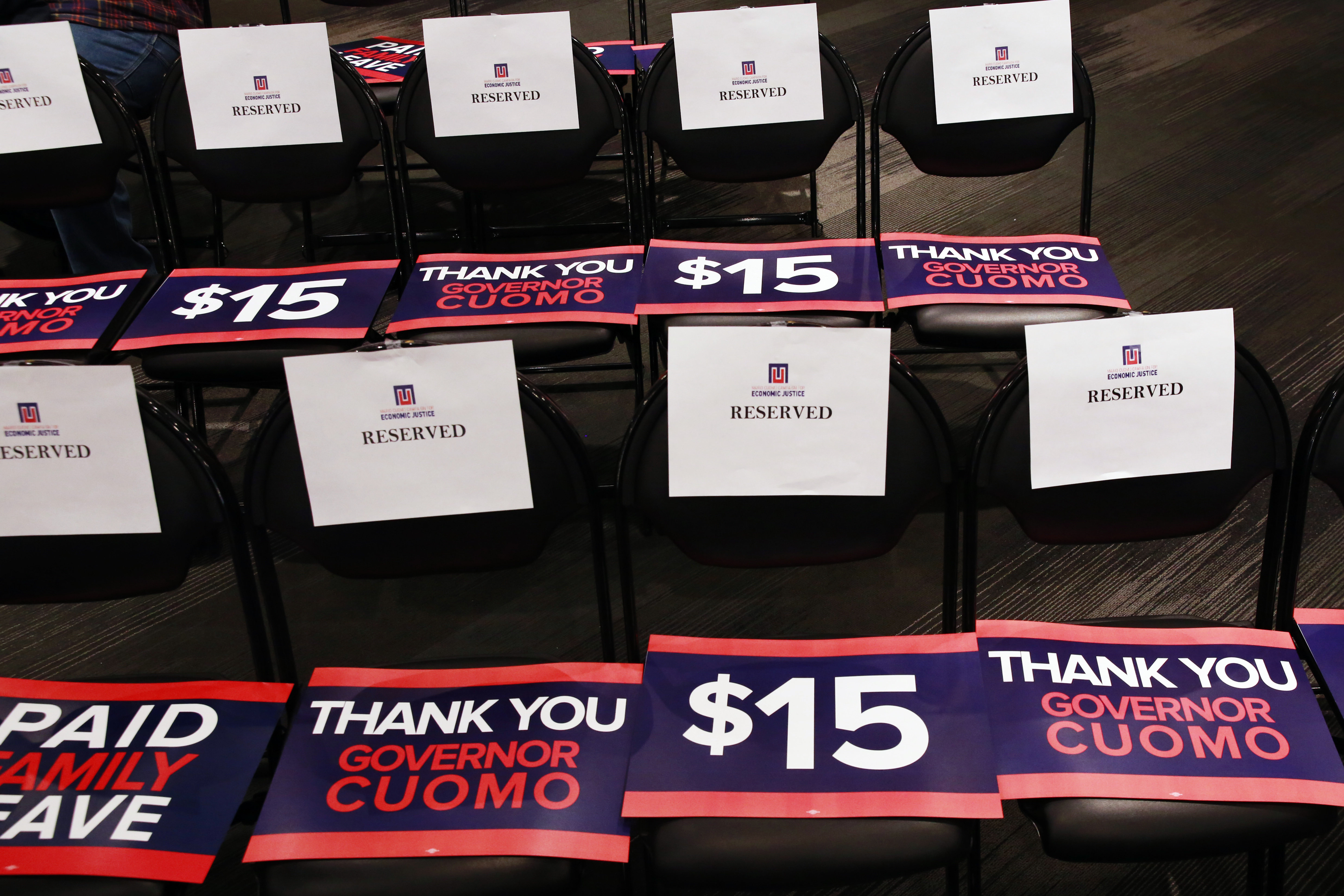 Signs rest on chairs before a rally to celebrate the state of New York passing into law a $15 minimum wage in New York on April 4, 2016. REUTERS/Lucas Jackson

Minimum wage hikes are often sought by Democrats and labor unions to fight poverty and reduce income inequality. Many economists reject the policy tool because of additional price hikes to goods and job losses that follow government mandated pay hikes.

California, one of the most progressive states on minimum wage hikes, plans to enact a statewide $15 an hour minimum wage law by 2022. California’s minimum wage laws will cost the state roughly 400,000 jobs by 2022, a December 2017 study by economics professors David Macpherson of Trinity University and William Even of Miami University found.