Harris currently holds an unofficial lead of 905 votes over his Democratic opponent Dan McCready for the congressional seat in North Carolina’s 9th District, but the race remains unresolved as the North Carolina State Board of Elections investigates allegations of ballot-tampering by Harris campaign consultant Leslie McCrae Dowless.

“We believe that the evidence that we will provide today will show that a coordinated, unlawful and substantially resourced absentee ballot scheme operated during the general election,” North Carolina state elections director Kim Strach said at a hearing Monday.

Dowless, who was a contractor with the Red Dome Consulting Group, organized a “get-out-the-vote” effort for the Harris campaign centered around collecting, or harvesting, absentee ballot applications and absentee ballots in rural Bladen and Robeson Counties, according to testimony Monday. 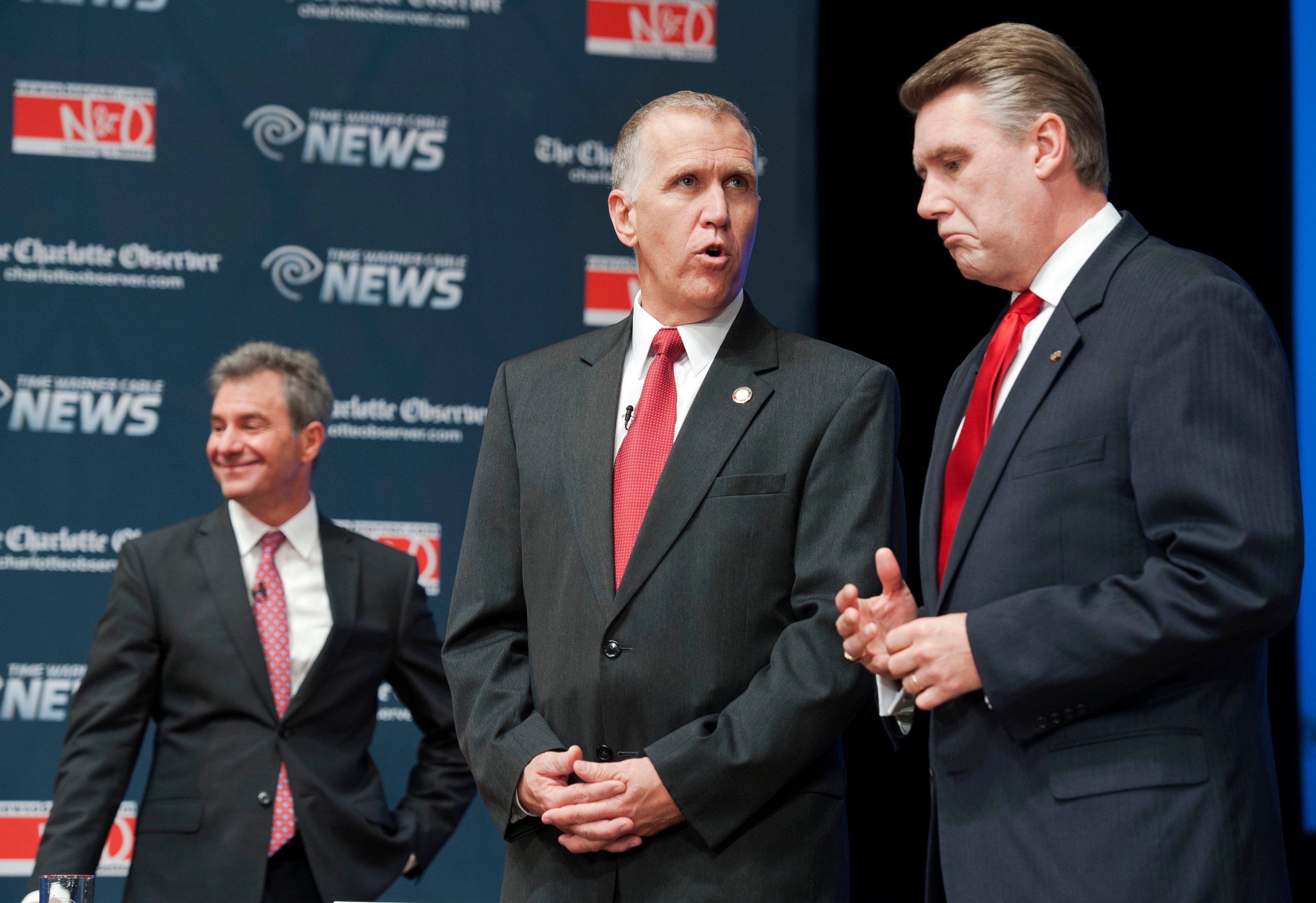 Dowless was paid $131,000 in total from Red Dome for his services from July 3 to Nov. 7, according to the election board, but it’s unclear if all that money originated from the Harris campaign.

Strach said Dowless paid his workers up to $150 for every 50 absentee ballots or ballot requests collected from the two counties.

One of Dowless’s workers was his former stepdaughter Lisa Britt, who admitted to illegal vote tampering during her testimony Monday, according to NBC News. Britt said she collected incomplete absentee ballots and filled in omitted choices with “a vote for whoever was a Republican.”

In addition to testifying that she tampered the ballots, Britt said she and a coworker improperly signed as a witness about 20 of the 40 ballots she collected.

Furthermore, Britt testified that Dowless, who she described as a “father figure,” directed her to take specific steps in mailing the ballots to avoid raising any red flags, such as mailing no more than 10 ballots at a time from post offices close to the voters.

“He fussed at me for putting on stamps upside down,” she said. “We didn’t want to throw up a red flag.”

“I think you’ve got one innocent person in this whole thing who had no clue what was going on and he’s the one getting the really bad end of the deal here, and that’s Mr. Mark Harris,” she said.

Dowless and Harris did speak with each other about the get-out-the-vote effort during the campaign, according to testimony Monday by Dowless’s ex-wife who said she overheard a conversation between the two over speakerphone.

Dowless declined to testify Monday after the election board refused to grant him immunity.

Marc Elias, a campaign attorney representing Harris opponent McCready, said that “direct evidence of a scheme to deprive voters of the 9th Congressional District of a fair balloting” was presented during the hearing.

“And you heard that that direct evidence winds up doorstep and the telephone of Republican candidate Mark Harris,” Elias said.

Following the conclusion of this week’s hearing, the five-member board of elections, which is currently made up of three Democrats and two Republicans, will hold a vote to determine whether to certify Harris’s election victory or to hold a new election. (RELATED: Republican Asks To Certify Contested North Carolina House Race)

The board can call for a new election if “irregularities or improprieties occurred to such an extent that they taint the results of the entire election and cast doubt on its fairness,” North Carolina law stipulates according to The News & Observer.

North Carolina GOP Chairman Dallas Woodhouse tweeted Monday that the burden of proof is on McCready to prove that any irregularities in the vote tally cost him the election.

The burden is on McCready to prove absent the irregularities he likely would have won the race. The burden is not on Mr. Harris or the NCGOP to prove the election system is perfect. It is not, never has been, and never will be. @NCGOP

For a new election to take place, four of the five members of the election board would have to vote in favor. However, if the board is deadlocked, Harris would be certified, according to NPR.