An American court charged El Chapo’s sons with conspiring to distribute cocaine, methamphetamine and marijuana for importation into the United States.

The U.S. District Court for the District of Columbia charged Joaquin Guzman Lopez, 34, and Ovidio Guzman Lopez, 28, with conspiracy to distribute illicit drugs from Mexico and other countries to the U.S., according to a Thursday press release from the U.S. Department of Justice (DOJ).

The Lopez brothers are the sons of infamous Mexican drug lord Joaquin “El Chapo” Guzmán who was convicted of drug-trafficking charges Feb. 12. The chargers against the brothers state that they engaged in their illegal activities for 10 years, from April 2008 to April 2018.

Authorities believe the brothers are presently in Mexico. Their indictment was unsealed last week, according to the DOJ.

Their father, El Chapo, escaped from a number of Mexican prisons before being extradited to New York in 2017. He was found guilty of trafficking over 440,000 pounds of cocaine. U.S. officials are expected to seize roughly $14 billion in assets from his illegal drug activities. 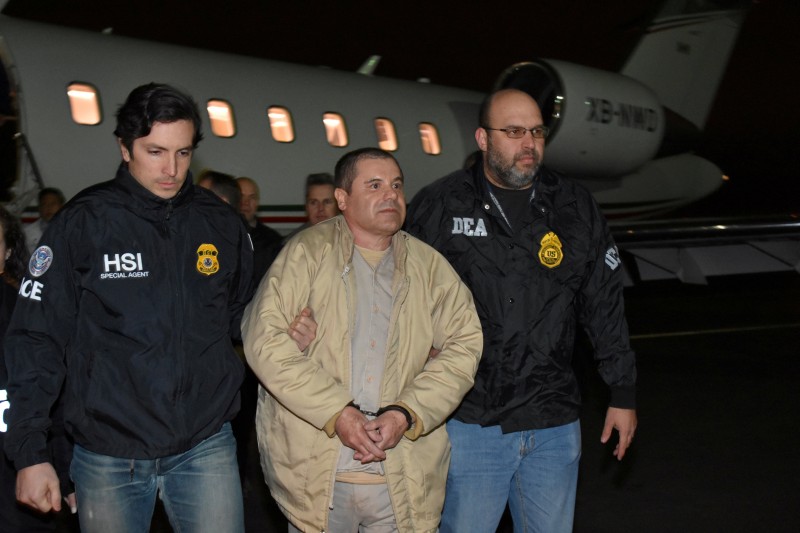 The charges follow extensive investigation by the Homeland Security Investigations (HSI) team and the Organized Crime Drug Enforcement Task Forces (OCDETF), according to the DOJ. OCDETF’s mission is to “identify, disrupt, dismantle, and prosecute high-level members of drug trafficking, weapons trafficking, and money laundering organizations and enterprises,” according to the press release.

U.S. District Judge Rudolph Contreras will rule on the case.

Attorneys Anthony Nardozzi and Anthony Aminoff will prosecute the case.