Facebook spent years forging various partnership agreements with other digital media monsters to gobble up huge troves of users’ private data even when customers are not perusing the company’s platform, according to testing conducted by The Wall Street Journal.

Recent analyses are going further to describe the extent of Facebook’s ability to peer into people’s lives.

Facebook began forming partnerships during the company’s early years with tech businesses, including online retailers, entertainment websites, along with automakers and media organizations, reports show. CEO Mark Zuckerberg sought to weave the company’s services into virtually every website across the network, inoculating it from competition, The New York Times noted in December 2018.

This technique allowed Facebook to obtain vast amounts of data, much of it without user permission. The company also reportedly used contact lists from partners like Spotify and Netflix to gain deeper insight into people’s relationships — one partner was Huawei, a Chinese-based company American officials believe is a security threat because of its connections to Beijing.

Zuckerberg did not mention the partnerships during a House congressional hearing in April 2018. Reports show his empire apparently can collect highly personal information from many Google and Apple applications just seconds after users enter it, even if they have no connection with Facebook.

Users can decide not to grant permission for Google or Apple, which operate the two largest app stores, to access certain low-level types of information. But the company’s policies don’t usually apply to the information users provide directly to apps, which is sometimes the most deeply personal.

Much of the data is about users’ health. (RELATED: REPORT: Facebook Gave AI Control Of A Crucial Personal Data Collection Tool) 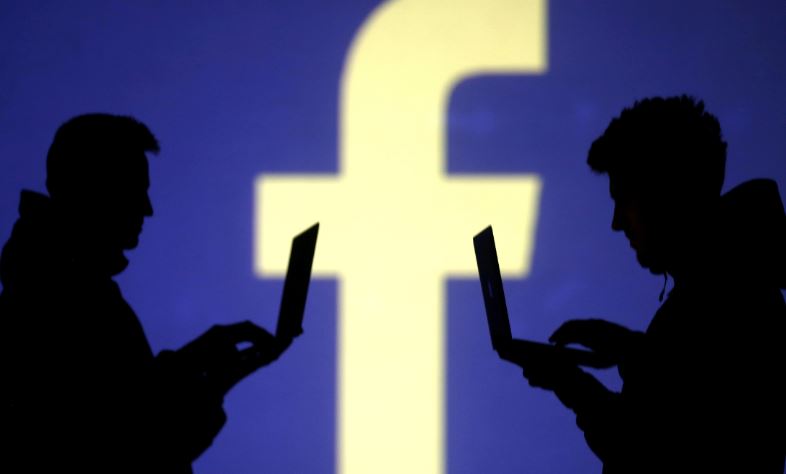 FILE PHOTO: Silhouettes of laptop users are seen next to a screen projection of Facebook logo in this picture illustration taken March 28, 2018. REUTERS/Dado Ruvic/Illustration/File Photo

Flo Health’s Flo Period & Ovulation Tracker, for instance, notified Facebook when a user was having her period, according to a Friday WSJ report. Flo Health’s policy states it won’t provide “information regarding your marked cycles, pregnancy, symptoms, notes and other information that is entered by you and that you do not elect to share” to outside partners.

Flo doesn’t send “critical user data” and the data it does send Facebook is “depersonalized,” the app developer said in a press statement to TheWSJ.

But TheWSJ’s report suggests sensitive information can be sent with a unique identifier that can be matched not with a person’s ID, but rather to a specific device or profile. The company will “substantially limit” use of external analytics systems while conducting an audit on the application, a spokeswoman told reporters. None of the apps provided users with apparent options to stop information from being sent to Facebook.

Facebook said it is telling apps reported on by TheWSJ to stop sending users’ sensitive information, and that it might “take additional action if the apps don’t comply.”

Apps frequently use so-called software-development kits, or SDKs, to help integrate their services. Any shared information within the app can be transported to the makers of an SDK. Facebook provides such software, which theoretically allow apps to better understand user behavior so they can sell targeted advertising.

Facebook’s SDK includes a service called “App Events” allowing developers to look at user trends. Apps can tell the SDK, or Facebook in the Flo Health example, to record a set of standardized actions, such as a woman’s menstrual cycle. Analysts worry these partnerships are going several steps over the limit.

“This is a big mess,” Patrick Jackson, chief technology officer for Disconnect, told reporters. “This is completely independent of the functionality of the app.”

His group helped analyze Google and Apple’s applications on behalf of TheWSJ, which conducted research on how the process plays out.

Facebook has not yet responded to The Daily Caller News Foundation’s request for comment about the nature of the company’s dealings with the apps.

The media reports detailing Facebook’s handling of private information comes amid a hectic time for Zuckerberg’s empire. Facebook revealed in September 2018 that hackers had taken advantage of a piece of code allowing them to take over users’ accounts. The company forced more than 90 million users to sign out to return the accounts to their creators.