Victorian state County Court Chief Judge Peter Kidd announced he would deliver a sentence against the 77-year-old Pell, once the third most powerful man in the Vatican, on March 13.

Pell, who will remain in custody until then, faces a potential sentence of 50 years in prison for the five counts of historic child sex abuse crimes on which he has been convicted. (RELATED: Alleged Sex-Abuse Victims Testify Via Video Link Against Australian Cardinal)

“I see this as callous, brazen offending — blatant,” Kidd said of Pell’s crimes, according to The Associated Press. “At the time, he thought he was going to get away with it. Otherwise he wouldn’t have done it.”

Protesters hurled insults at Pell outside the court, yelling, “I hope you burn in hell!” and “You’re a pedophile! You’re a criminal! You’re a monster!” according to the AP. Authorities took Pell from the court to Melbourne Assessment Prison, a maximum security facility, where Pell, like all new inmates, will be assessed. He will also be kept in protective custody in solitary confinement for all but one hour each day as he is a convicted pedophile.

Australian authorities forbade media reporting on the details of the case against Pell until Tuesday. A jury unanimously convicted Pell in December 2018 of sexually abusing two 13-year-old boys in 1996 while serving as the archbishop of Melbourne. Pell also stood accused of sexually abusing two younger boys in a public pool in the 1970s, though those charges were dropped. 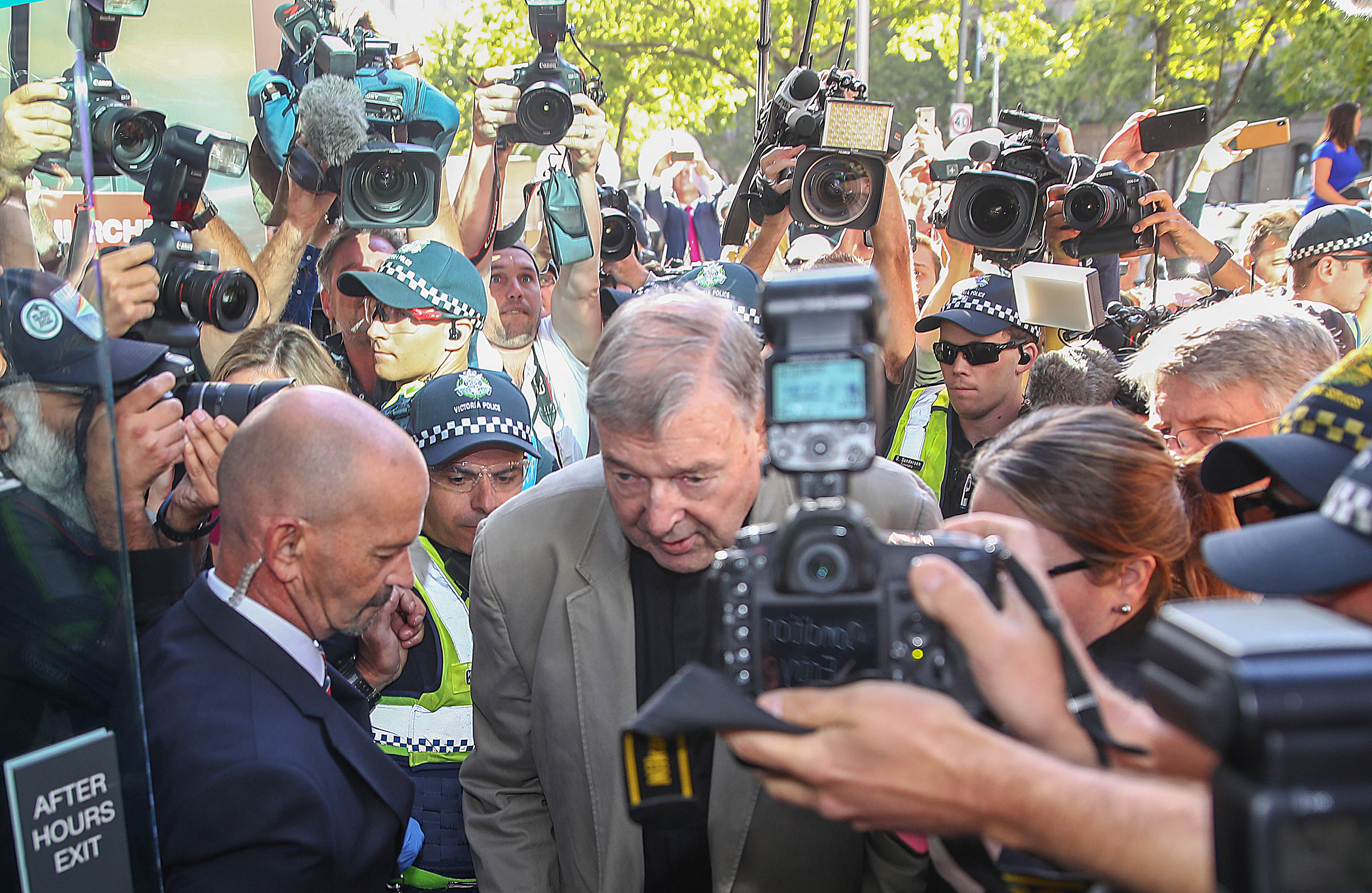 Vatican spokesman Alessandro Gisotti announced Pell is no longer the Vatican’s treasurer and said Wednesday the Vatican opened its own investigation into whether Pell committed sexual abuse. If the Vatican finds him guilty, The Congregation for the Doctrine of Faith could defrock him as it defrocked former cardinal Theodore McCarrick.

Pell formerly served on Pope Francis’ informal cabinet of advisers, known as the Group of Nine. Francis removed him from the informal cabinet in December 2018 along with Chilean Cardinal Javier Errazuriz, who stands accused of covering up sex abuse allegations against predatory priests in Chile.

Pell and Errazuriz’s continued presence on the cabinet despite the accusations against them sparked fervent criticism of Francis in light of the global sex abuse crisis besetting the church and Francis’ pledge to combat it.