“Invitations have been sent to every active bishop. That is how it should be — we are recognising that all those consecrated into the office of bishop should be able to attend,” reads an announcement of the decision by Anglican Secretary General Josiah Idowu-Fearon. “But the invitation process has also needed to take account of the Anglican Communion’s position on marriage which is that it is the lifelong union of a man and a woman.”

Idowu-Fearon clarified that Anglican leadership made the decision to bar the spouses of gay bishops in accordance with Resolution I.10 of the 1998 Lambeth Conference, which defines marriage as a union between one man and one woman. The announcement sparked the ire of three bishops of the Episcopal Diocese of New York, who published an open letter Friday saying the decision outraged them but that they would still be attending.

“We have considered not attending, in protest over this extraordinary action,” the bishops wrote. “But in the end we have concluded that we cannot in conscience remove the voice of the Diocese of New York from the larger conversations at Lambeth regarding sexuality and the inclusion of LGBTQ people in the full sacramental life of the church.” 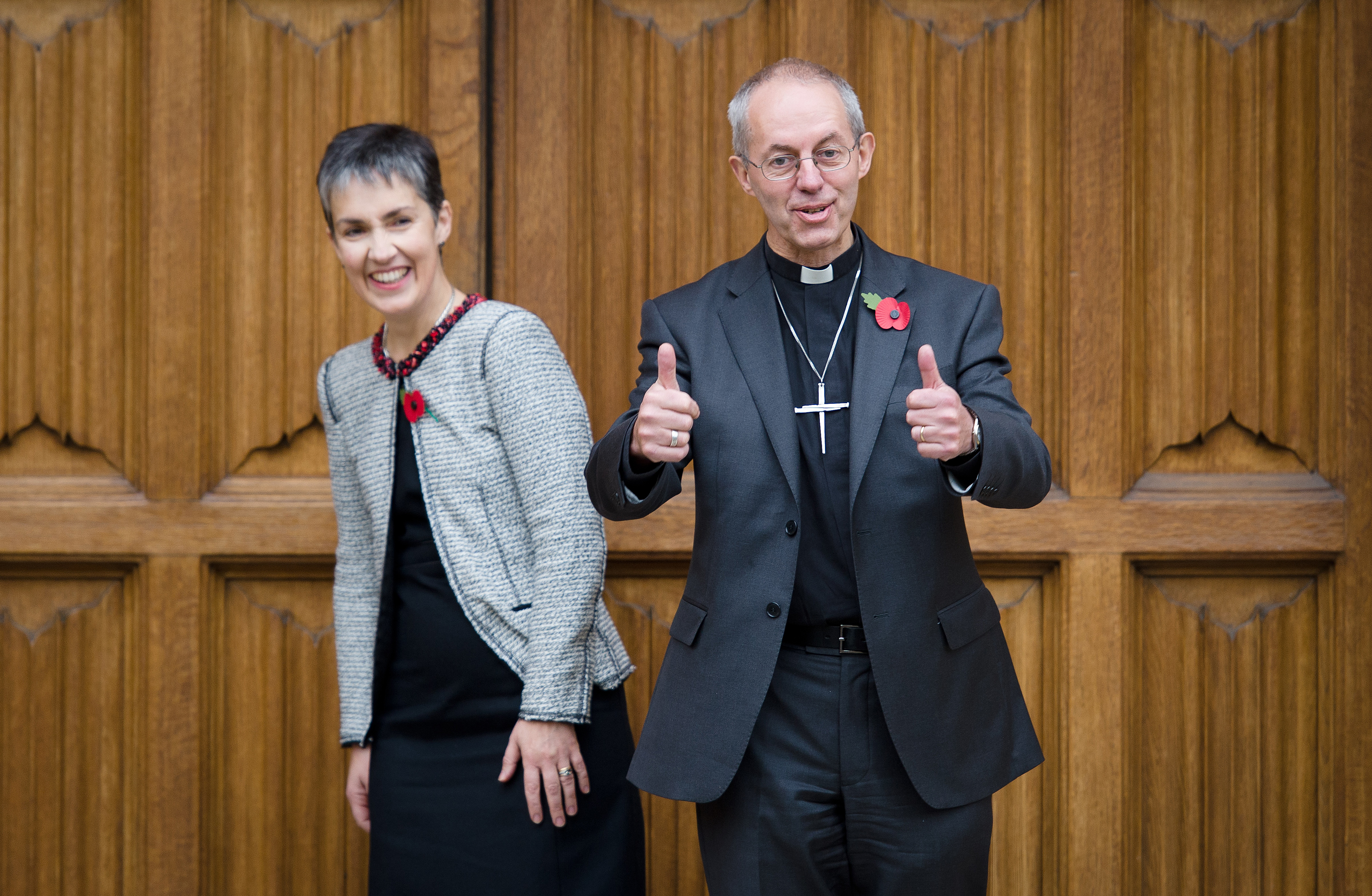 The new Archbishop of Canterbury Justin Welby (R) poses for pictures with his wife Caroline following a press conference in London, on November 9, 2012. (LEON NEAL/AFP/Getty Images)

Welby’s decision affects New York bishop Mary Glasspool, the first lesbian woman to be appointed as a bishop in the Anglican communion, and bishop Suffragan Kevin Robertson of Toronto and their respective spouses. Robertson characterized the decision as “hurtful” and “offensive.”

“I actually find it quite offensive. I know that’s a strong word, but I’m aware the Anglican Communion is not of one mind around marriage,” Robertson said, according to Anglican Ink. “However, the decision to invite all the other spouses without inviting ours, I think, sends a very clear message about the way that same-sex relationships are regarded in the communion. I think that’s a troubling sign.”

Archbishop Stanley Ntagali of the Church of Uganda, meanwhile, said in June 2018 the Ugandan church will boycott Lambeth 2020 over the invitation of gay bishops.

The leadership of GAFCON also urged “Gafcon members to decline the invitation to attend Lambeth 2020 and all other meetings of the Instruments of Communion,” in the event Anglican leadership welcomed gay bishops to the conference.