Barbers are earning as much as $180,000 a year in West Texas, one of the hottest job markets in the country, The Wall Street Journal reports.

An oil boom that has taken hold over the Permian Basin is leading to so much economic activity and expansion, the area can barely keep pace. Barbers in Pecos are charging a minimum of $40 for a haircut and are busy for hours without stopping, according to WSJ. (RELATED: The Biggest US Oil Field Increases Its Output, Still Lowers Its Methane Emissions)

Schools in the regions in and around Midland are struggling to hire teachers because housing prices have risen so high. Some districts have taken to building their own housing on school property to attract educators to move to the area, WSJ reports.

The thousands of oil field workers bring additional foot traffic to the area’s relatively sparse towns and cities. Many restaurants are no longer frequented by local residents. Oil field workers line up outside before the diners open, and restaurants often close for the day because they ran out of food.

Local businesses are losing their workers to higher-paying oil field jobs, leaving the local businesses hard-pressed to serve a growing base of customers. 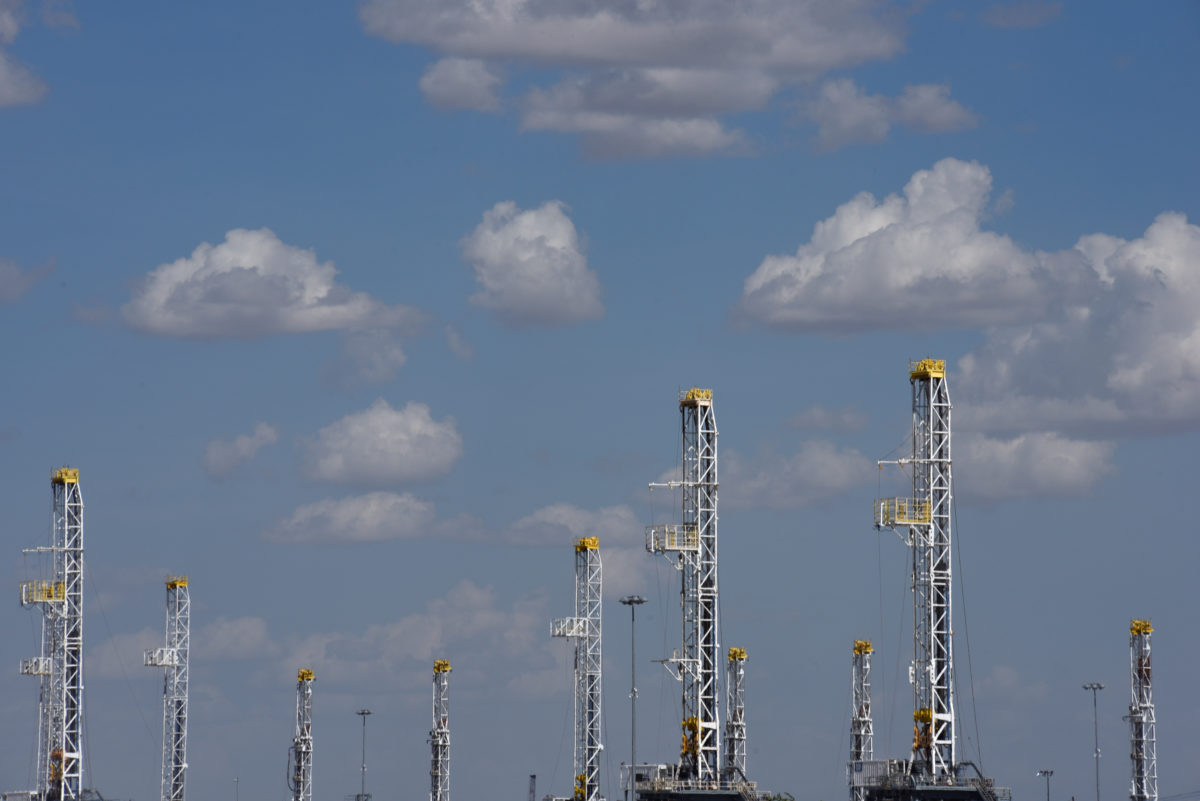 Oil rigs in a storage facility wait to be transported to the oil field in Midland, Texas U.S. August 22, 2018. REUTERS/Nick Oxford

The explosive growth in the Permian Basin oil field is symbolic of the boom happening across the American oil industry that is outpacing experts’ predictions. The International Energy Agency predicted in a January report that U.S. oil production would rise by 1.3 million barrels a day in 2019, more than double its previous expectation.

The U.S. passed Saudi Arabia and Russia to become the world’s largest oil producer in September.