Illegal immigrants are crossing the U.S.-Mexico border with rotting feet, infectious diseases and fevers, according to a new report by The New York Times.

Over 2,000 migrants on average are crossing the border each day, with many arriving after long and dangerous treks that leave them severely injured or facing serious illness. The Times explains:

Migrants crossing the border from Mexico may be injured scaling barriers, in vehicle accidents, by gunfire or from nearly drowning. They may be suffering from dehydration, heat exhaustion or communicable illnesses — from influenza to chickenpox — that often spread in conditions of close confinement, though none so far have presented what health officials regard as an unusual or alarming public health or infectious disease threat. 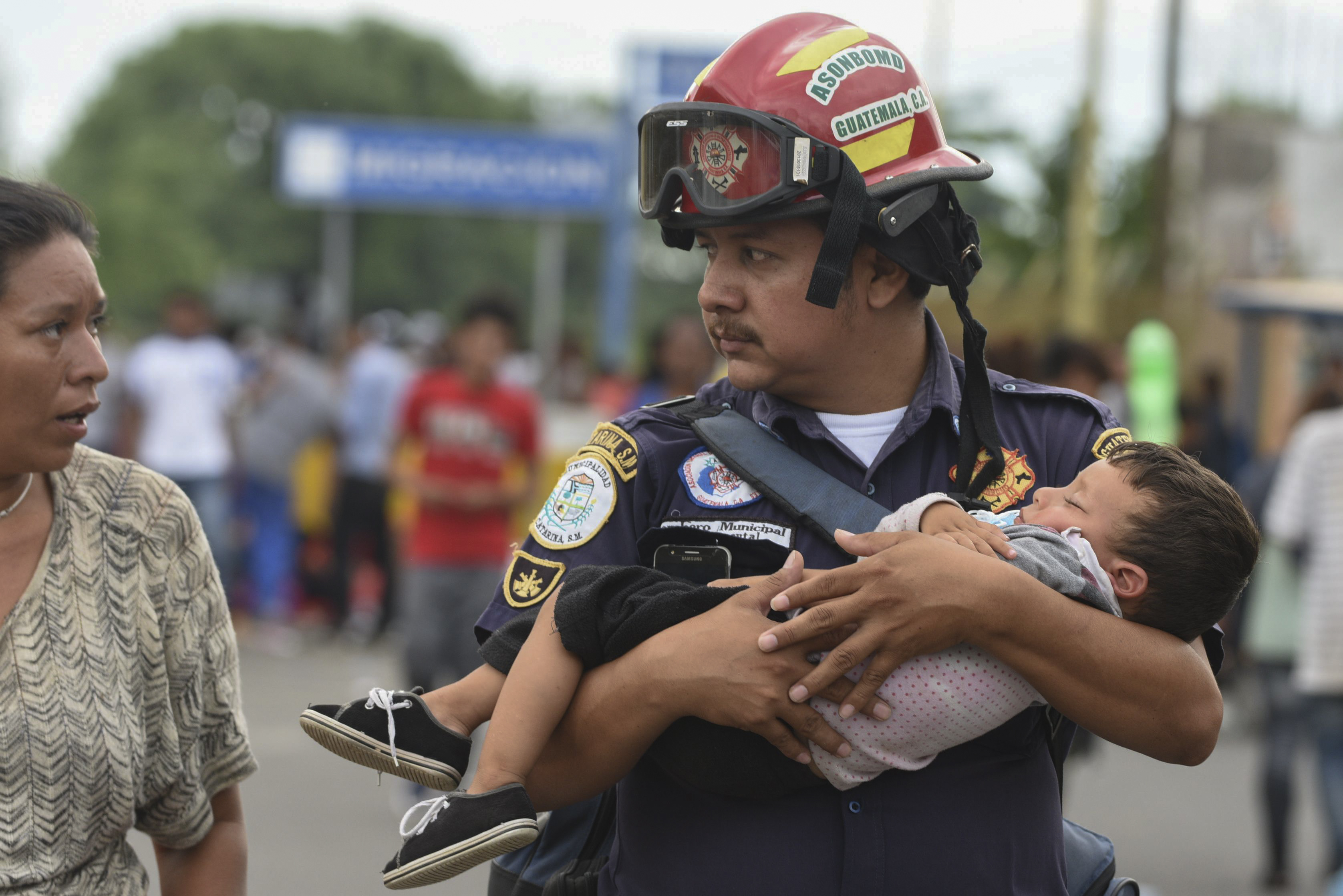 A Guatemalan firefighter carries an ailing baby, as an Honduran migrant caravan heading to the US, reaches the Guatemala-Mexico international bridge … (Photo by ORLANDO SIERRA / AFP / Getty Images)

In one case, a teenager arrived at a medical clinic at the Texas border with a “vile-smelling wound on his foot,” which a pediatrician warned could cause the teen to lose his leg. At the same clinic, a young girl arrived with a 104-105 degree fever and a cough and chills.

A rotating medical team near the southern California border reportedly discovered hundreds of cases of communicable diseases and other conditions in the first two months of 2019, including 362 cases of lice, 113 cases of scabies, 22 cases of possible flu and four cases of chickenpox.

According to a November report from the Tijuana Health Department, thousands of migrants have been treated in Mexico for infectious diseases. The diseases ranged from the flu to HIV/AIDs and tuberculosis. (REPORT: Thousands Of Migrants Treated For Infectious Diseases)

The Department of Homeland Security (DHS) called in the Center for Disease Control (CDC) in December to investigate the growing number of sick migrants arriving at the border after a seven-year-old girl died in Border Patrol custody.