Maine Family Planning and the Center for Reproductive Rights filed a Wednesday lawsuit against the Trump administration over a rule that will force abortion clinics to separate abortion from other health care services in order to qualify for Title X funding.

MFP is the only Title X-funded program in Maine and has 47 health centers across the state, according to its website. The organization serves roughly 23,000 people. Title X is a federal grant program that provides individuals with “comprehensive family planning and related preventive health services,” according to the Department of Health and Human Services.

The rule will “wreak havoc on reproductive health care across the country, with devastating effects in the state of Maine,” the groups say in their suit, Rolling Stone reported. “Implementing the Rule will eliminate 85 percent of the abortion clinics in the state, and there is no evidence that other, non-Title X providers will step into the resulting void,” the suit says.

The rule will force Planned Parenthood and other abortion clinics to separate health services such as cancer screenings, pap smears and breast exams from their abortion services, Politico reported. Prior to the ruling, federal law barred Title X grant recipients from using funds to facilitate abortions. (RELATED: Georgia Moves To Ban Abortions In Presence Of Fetal Heartbeat)

Planned Parenthood claims it will forgo funding altogether if the rule is implemented, according to The Associated Press. Planned Parenthood receives between $50 million and $60 million every year in Title X funds, according to Politico. The abortion organization provides services to just over 40 percent of Title X patients and has claimed stripping federal funds from the organization would devastate women’s access to health care.

The rule will create “a national public health crisis,” according to Planned Parenthood. 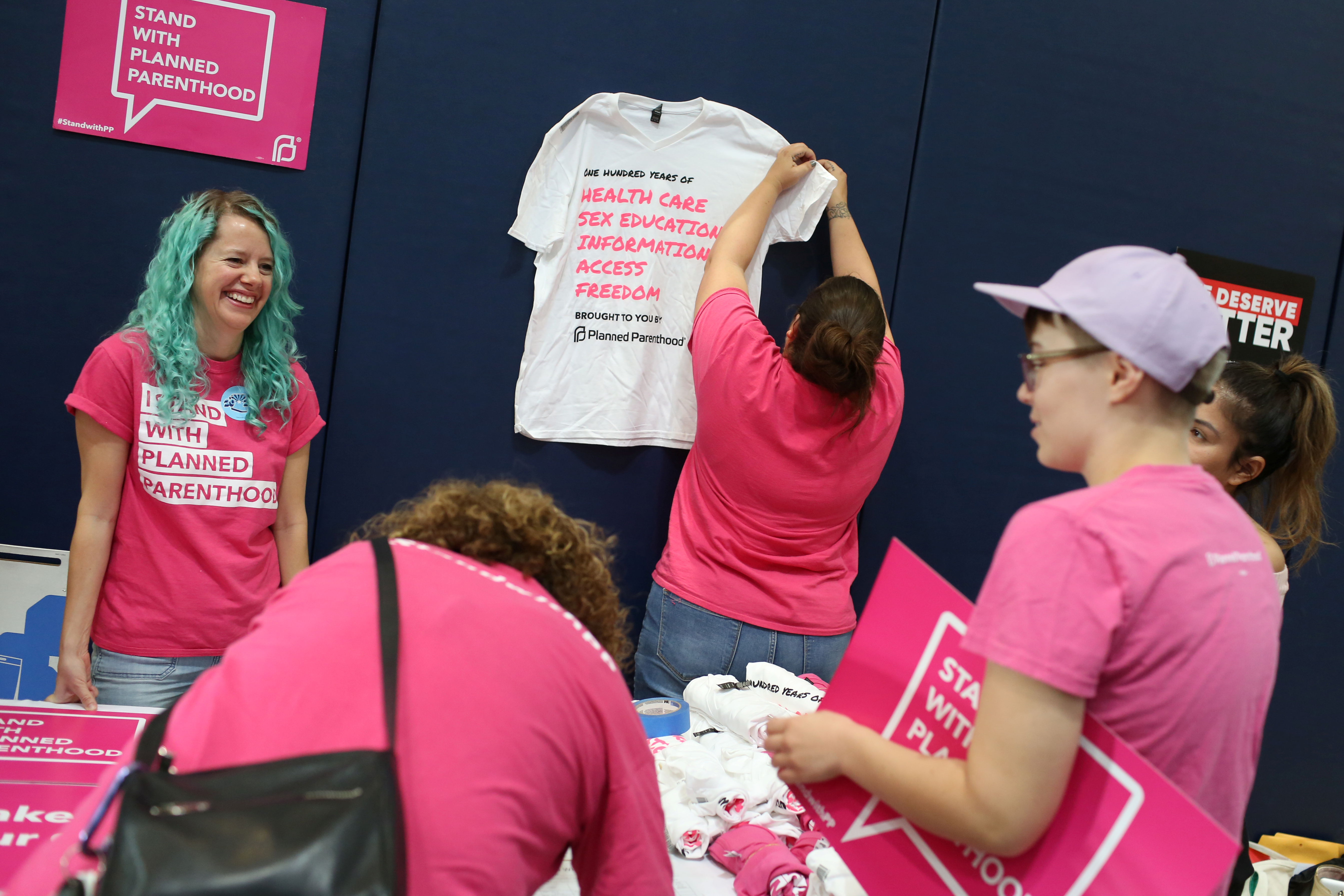 Volunteers with Planned Parenthood of Arizona set up at a bilingual healthcare town hall sponsored by local organizations that work in Latino voter outreach, disability advocacy and community health at the Ability360 Center in Phoenix, Arizona, U.S., July 5, 2017. REUTERS/Caitlin O’Hara

The final rule was published Monday in the Federal Register. The regulations become effective 60 days after publication, and clinics will have additional time to comply.

The National Family Planning and Reproductive Health Association and American Civil Liberties Union will also sue over the final rule, according to reports.