The top lawmakers on the Senate Committee on Energy and Natural Resources were unified in their opposition to the Green New Deal and unreadiness to back taxes on carbon dioxide emissions.

“There’s no such thing as a new green deal,” West Virginia Sen. Joe Manchin said during a Monday night panel at an international energy conference in Houston. “There’s a resolution that has a dream, but there’s no bill, there’s no contents at all.”

Manchin, a Democrat, appeared alongside Alaska Sen. Lisa Murkowski, a Republican, at the event, hosted by the consulting firm IHS Markit. Murkowski chairs the Senate energy committee and Manchin is the ranking Democrat.

Manchin favors using fossil fuels, like coal, into the future, but wants to fund technology to offset carbon dioxide emissions or sequester them underground. Murkowski said the Green New Deal was “distracting” from bipartisan efforts to fight global warming.

“[W]e have to work within the systems we have and make sure we are not destroying our economy at the same time we’re moving to a lower-carbon economy,” Murkowski said. 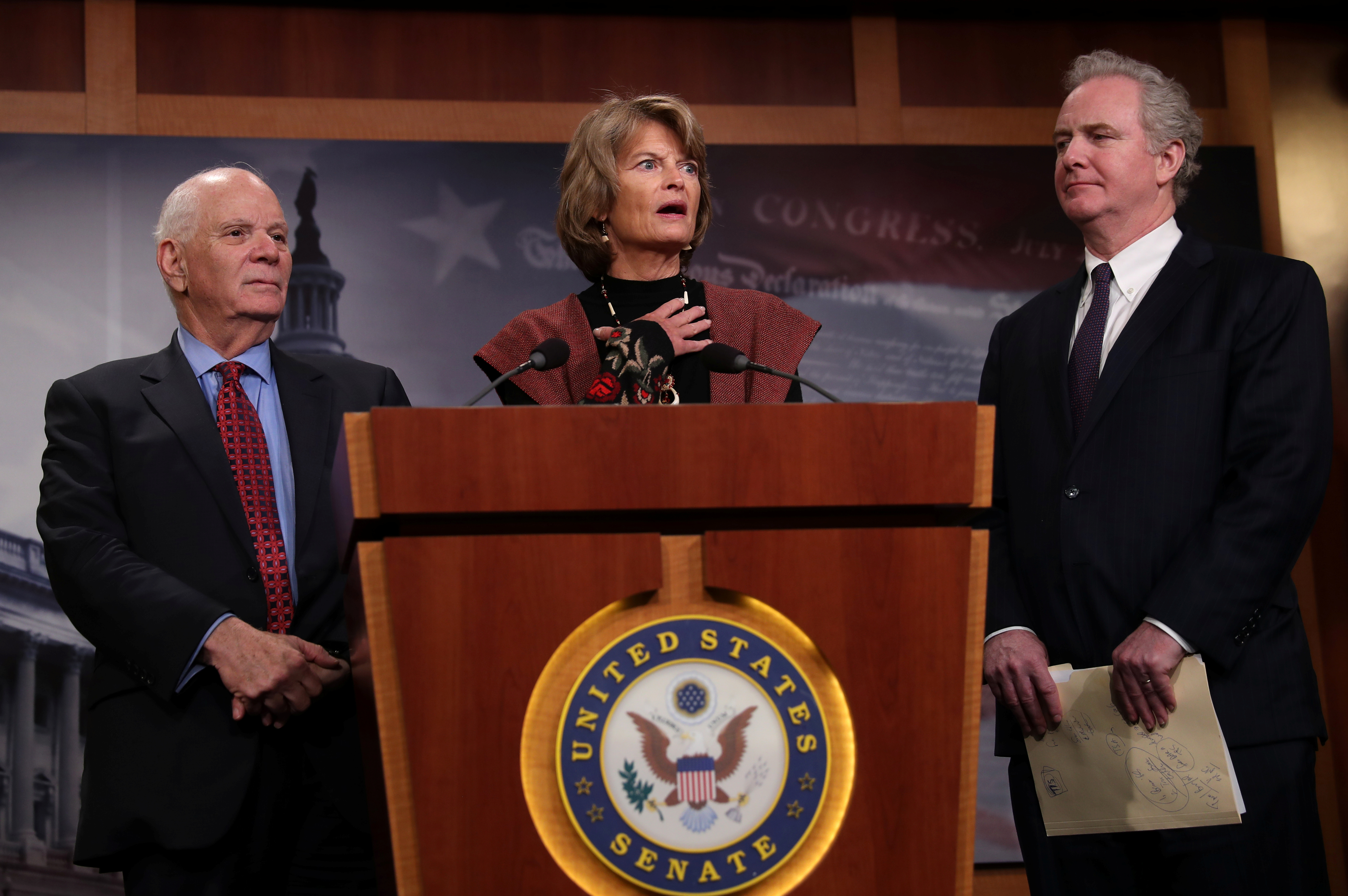 Sens. Ben Cardin (D-MD) (L), Lisa Murkowski (R-AK) (C) and Chris Van Hollen (D-MD) hold a press conference about a bipartisan solution after the failure of both competing Republican and Democratic proposals to end the partial government shutdown in back to back votes on Capitol Hill in Washington, U.S., January 24, 2019. REUTERS/Leah Millis. 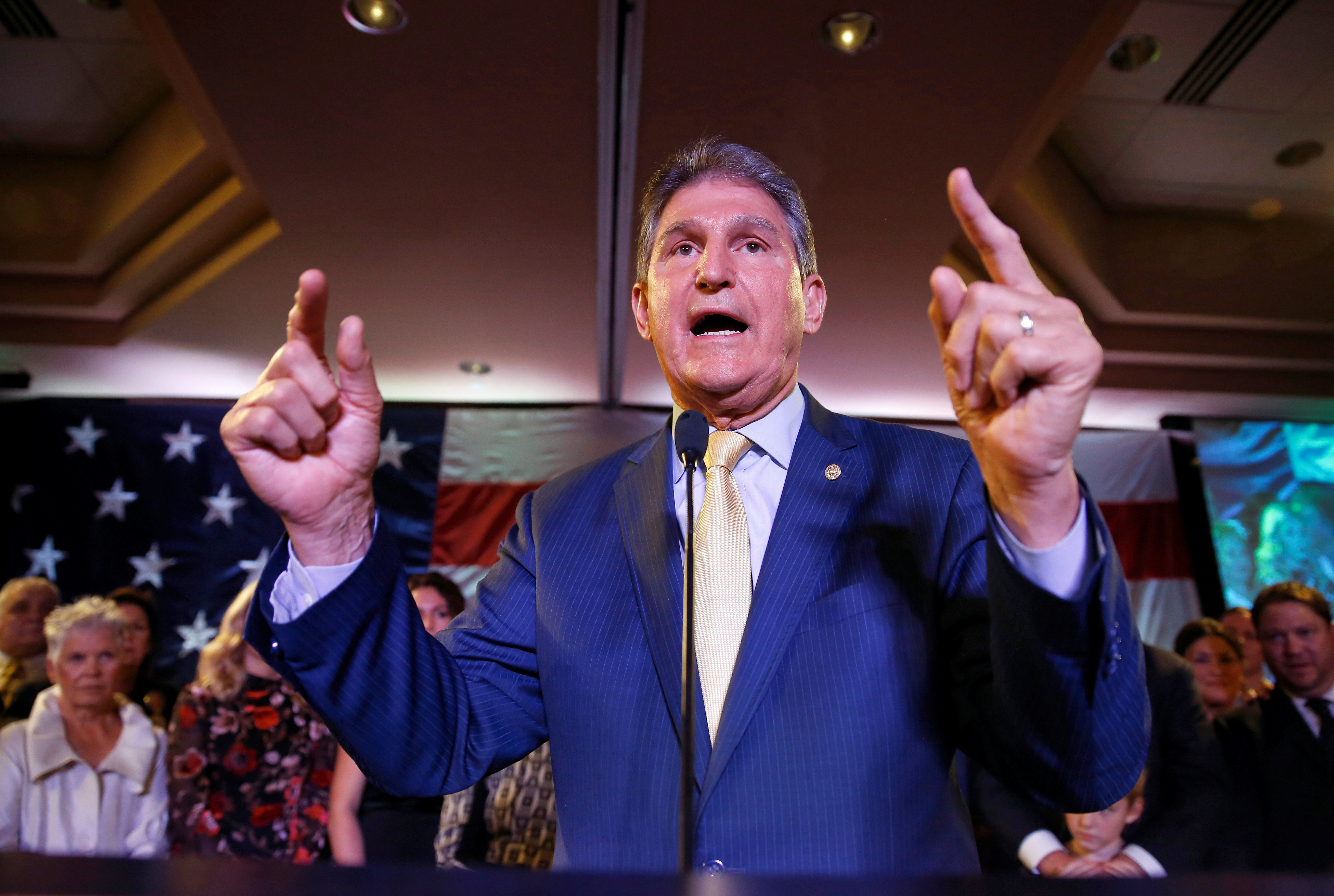 As it stands now, the Green New Deal is a non-binding resolution with a series of broad goals for fighting global warming, including “net-zero” greenhouse gas emissions, retrofitting every building, expanding high-speed rail, universal health care and job guarantees.

However, Senate Democrats are trying to avoid having to vote on the Green New Deal resolution. Republicans, on the other hand, want to get Democrats on the record in support of a proposal they see as socialism.

Manchin and Murkowski also said they ” are not ready to support a carbon tax,” despite support from some large oil and gas companies, The Washington Examiner’s Joshua Siegel tweeted. Both lawmakers were responding to a question asked by Axios’ Amy Harder during the event.

.@lisamurkowski and @Sen_JoeManchin are both talking about bipartisan solutions to climate change at #CERAWeek, but tellingly each has responded to a question from @AmyAHarder that they are not ready to support a carbon tax, even w/ oil & gas companies beginning to support

Most Republicans oppose a carbon tax, though a handful have joined oil and gas majors and Democrats to push carbon tax proposals.

The most recent high-profile carbon tax effort was led by former Florida GOP Rep. Carlos Curbelo, who introduced a bill to use emissions taxes to fund the federal Highway Trust Fund. However, Curbelo’s policy went nowhere in the House and he lost his re-election bid in 2018.