Democratic New York Rep. Alexandria Ocasio-Cortez botched the facts Monday night in a series of tweets attempting to discredit ethics complaints that watchdog groups that have filed against her.

Ocasio-Cortez has already racked up three ethics complaints since taking office in January: two for allegedly misusing congressional resources, and one alleging her chief of staff, Saikat Chakrabarti, set up a million-dollar private slush fund.

Ocasio-Cortez has also faced legal scrutiny over her and Chakrabarti’s control of an outside super PAC, Justice Democrats that was a driving force behind her congressional campaign — an arrangement former FEC commissioners say may have violated federal election laws.

The freshman congresswoman on Monday falsely claimed that Right to Rise, a Republican super PAC hit with an FEC fine on Monday, was behind the ethics complaints.

“Whoah: the creepy org filing bogus ethics complaints against me just *actually* got hit with one of the biggest fines in FEC history,” Ocasio-Cortez falsely asserted.

Whoah: the creepy org filing bogus ethics complaints against me just *actually* got hit with one of the biggest fines in FEC history.

Rather than correcting the inaccurate tweet, Ocasio-Cortez posted a second tweet, claiming that former Right to Rise operative Luke Thompson was both the target of the fine and the person filing ethics complaints against her.

Neither of those claims are true. Thompson wasn’t mentioned in the complaint against Right to Rise, and doesn’t work at any of the groups that have filed the ethics complaints against Ocasio-Cortez.

Thompson has drawn attention to Ocasio-Cortez’s cozy relationship with an outside super PAC, and first pointed out her boyfriend’s government email address, but he doesn’t work for the watchdog groups filing ethics complaints. Thompson hosts a podcast.

Ocasio-Cortez quickly deleted the erroneous correction and replaced it with a third erroneous tweet, which falsely claimed again that Thompson had filed the complaints.

Whoah: the creepy org filing bogus ethics complaints against me just *actually* got hit with one of the biggest fines in FEC history.

(Rather same guy who operated at the org) 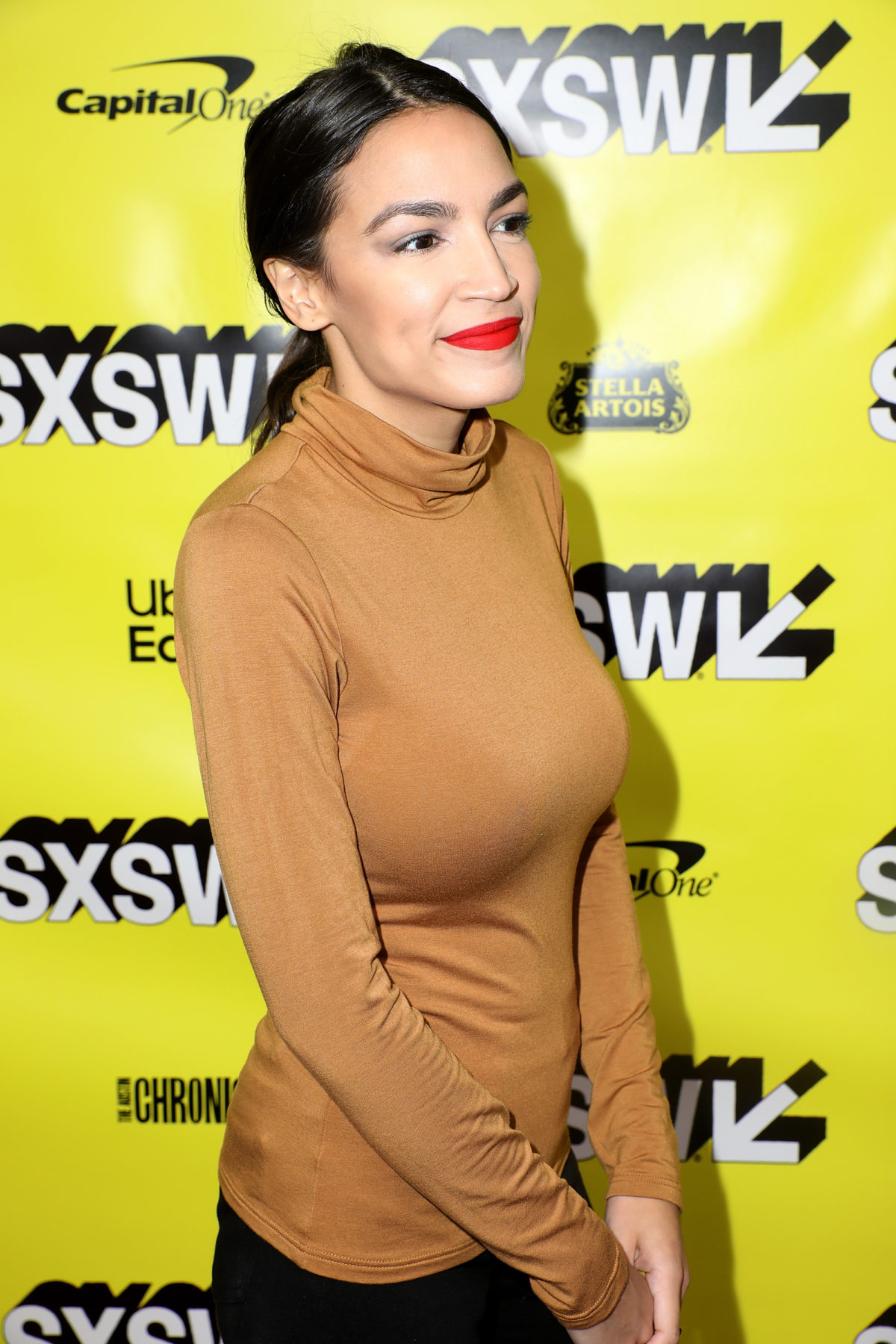 Congresswoman Alexandria Ocasio-Cortez attends the SXSW premiere of the Netflix Original Documentary “Knock Down the House” at The Paramount Theater on March 10, 2019 in Austin, Texas. (Photo by Roger Kisby/Getty Images for Netflix)

In that instance, Ocasio-Cortez claimed in a viral tweet that Holmes “helps run a multimillion dollar operation to have bot accounts manipulate online discourse.” There is no evidence to support that claim, which the congresswoman deleted after criticism online.