Kansas City Chiefs wide receiver Tyreek Hill is being investigated for two suspected incidents of child abuse in his home.

The police were called to Hill’s house on Thursday. They were also called to the same address earlier this month, according to KCTV. They also reported that Hill’s name was not mentioned in their report, but his fiancee, Crystal Espinal, is mentioned.

The Chiefs said in a statement to the Kansas City Star, “The club is aware of the investigation involving Tyreek Hill. We’re in the process of gathering information and have been in contact with the league and local authorities. We’ll have no further comment at this time.”

Hill, 25, was arrested in December 2014 for domestic violence after he punched Espinal, 24, in the face and stomach back when she was pregnant. He pleaded guilty to domestic abuse and received three years of probation. 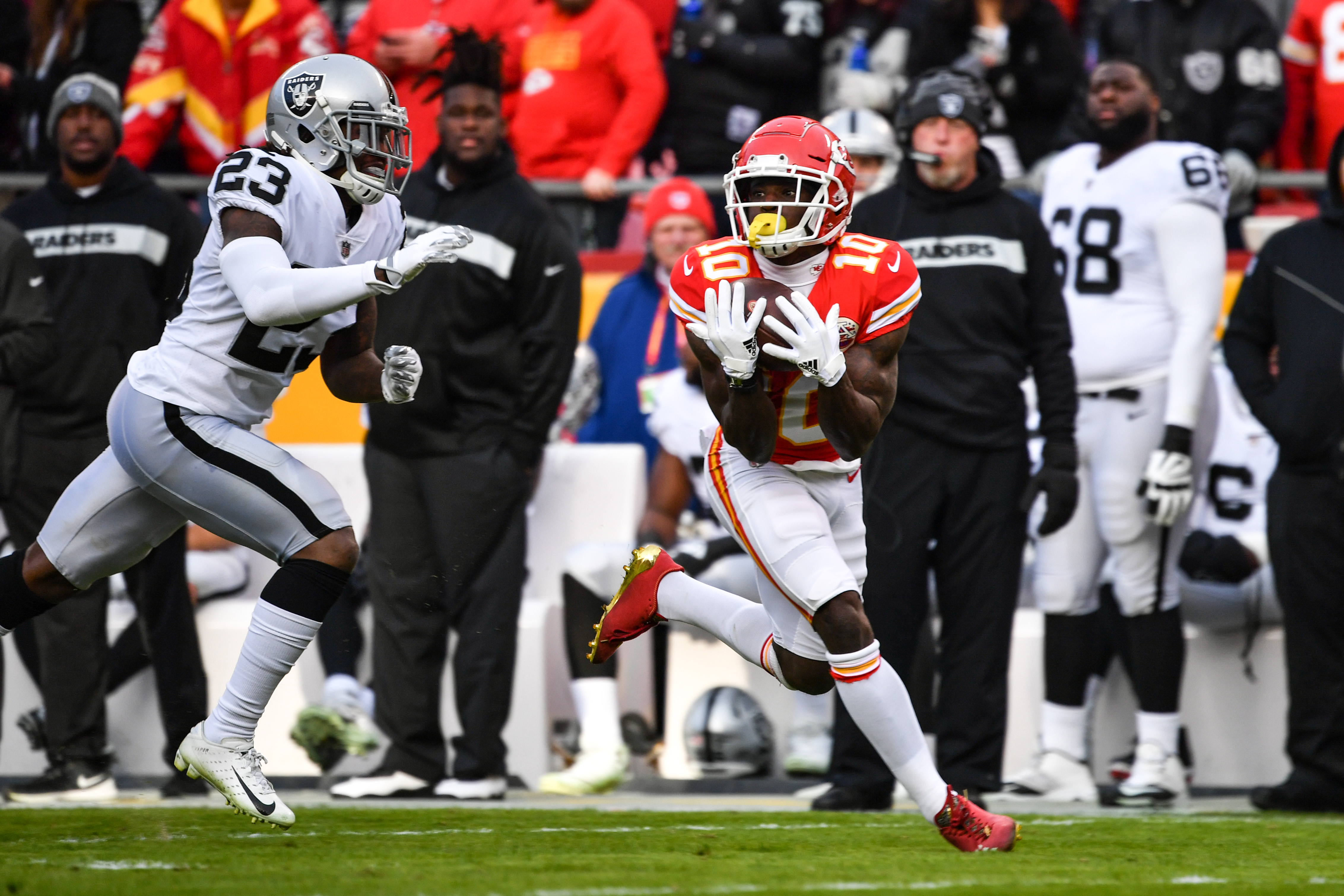 Earlier this month, it was reported that the Chiefs and Hill were working on a new “record” contract. He was dismissed from Oklahoma State University’s football program after the arrest.

Hill is the second Chiefs player to get face legal trouble this year. The team’s former running back Kareem Hunt was released from the team in November after a video emerged of him kicking and shoving a woman in a Cleveland area hotel. (RELEASED: Kareem Hunt Signs With The Cleveland Browns)

Hunt was signed by the Cleveland Browns and suspended for the first eight games of the season on Friday.