A parent of one of the children suing the U.S. government for not doing enough to confront climate change has a long criminal record connected to her attempts to derail energy projects.

Her legal history has flown under the radar as the litigation gains more media traction.

Jayden Foytlin is among 21 young people suing the U.S. federal government for not doing more to address global warming. Media reports discussing Jayden’s story have not fleshed out the role her mother, Cherri Foytlin, played in a growing anti-pipeline movement. Cherri has been arrested at least three times during direct action protests, according to copies of her arrest records obtained by The Daily Caller News Foundation.

Cherri has become a major actor in the environmental movement, opposing a number of pipeline projects over the past eight years, including the Dakota Access Pipeline (DAPL). She is focused on scuttling the Bayou Bridge Pipeline in southern Louisiana, even as the project nears completion. Many of Cherri’s protests and arrests have been caught on video and used to promote her demonstrations. 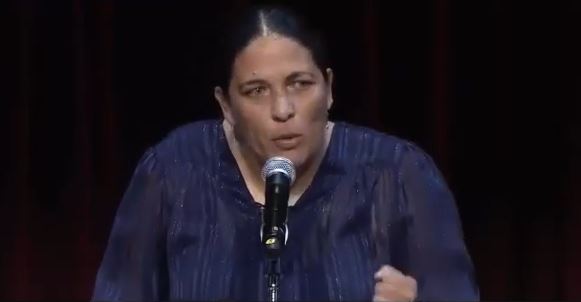 She can be seen in online videos resisting arrest, arguing with government authorities and refusing to leave a local sheriff’s office after claiming Louisiana officials were “bought by big oil.” Cherri’s group L’eau Est La Vie, or Water is Life, for instance, claimed on Facebook to have successfully shut down an October 2018 Energy Transfer Partners’ shareholders meeting in Texas using various direct action techniques.

Cherri has an arrest warrant out in her name for disrupting that ETP meeting, Reyna Raul, a public information officer in Dallas County, told TheDCNF. She was initially charged in October 2018 for disorderly conduct, Raul confirmed, but a judge reviewed Cherri’s case and determined in February that her attempts to derail the meeting, which was chaired by ETP CEO Kelcy Warren, was a misdemeanor.

ETP is responsible for developing the multi-billion DAPL, a project stretching from North Dakota to Illinois that began in 2014 before former President Barack Obama signed an executive order in 2016 holding up the pipeline. He said the project would contribute to climate change. President Donald Trump issued an order of his own in 2017 allowing construction on the 1,172-mile-long line to continue.

Cherri’s story is unusual, in that the Louisiana native was originally a supporter of the energy industry. (RELATED: Trump Releases Final Keystone XL Report And Enviros Are Not Happy About It)

She advocated for the end of Obama’s moratorium on off-shore oil drilling following the Deepwater Horizon oil spill. Cherri told U.S. senators during a rally in 2010 the drilling moratorium would mean her family could lose their home — Cherri’s husband at the time worked on an oil rig.

“60 Minutes” interviewed Jayden Foytlin, 15, on March 3 about the lawsuit she and others are bringing against the federal government in regard to limiting fossil fuel extraction on federal lands. Jayden told CBS’s Steve Kroft floods near her Louisiana home convinced her of the need to file the lawsuit.

Her case — Juliana v. United States — was filed in 2015 and survived several unsuccessful attempts by the Trump administration to stifle the lawsuit. 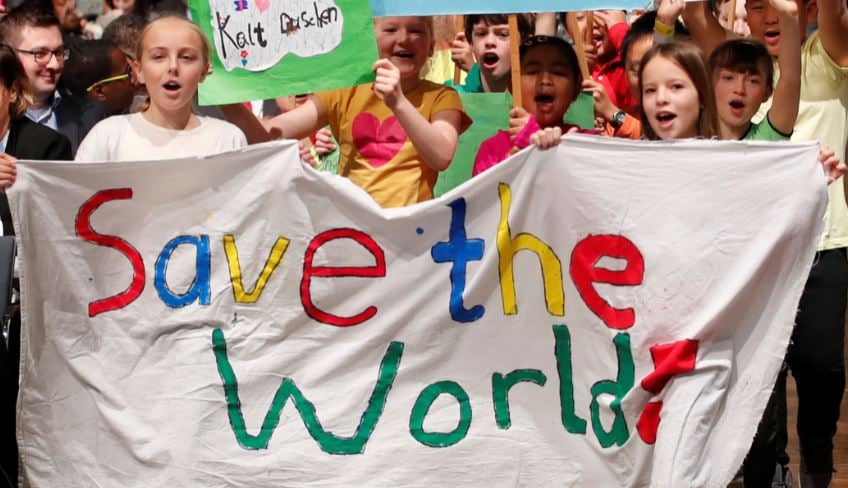 Children are seen during climate march prior to the opening session of the COP23 UN Climate Change Conference 2017, hosted by Fiji but held in Bonn, in World Conference Center Bonn, Germany, November 6, 2017. REUTERS/Wolfgang Rattay

Jayden’s fellow plaintiffs, all of whom are between the ages of 11 and 22, asked an Oregon court in February to issue an injunction to prevent the government from issuing oil extraction licenses before March, when the Trump administration planned to offer nearly 80 million acres of unleased areas off the Gulf of Mexico.

Juliana v. U.S. stirred up a lot of controversy during the past three years, especially among people who support the energy industry and its workers.

People like Cherri are using their children as shields, Steve Milloy, an attorney and adjunct scholar at Competitive Enterprise Institute, told TheDCNF. His position effectively mirrors similar sentiments from conservatives who believe environmentalists are getting desperate to stop the production of fossil fuels.

“Foytlin is a case in point of an activist using her child as a human shield behind which she advances her intellectually and morally bankrupt political agenda,” said Milloy, a climate skeptic who holds shares in ExxonMobil. “Their science and economics is so bad that they gotta use kids.”

He’s argued in the past that Juliana v. U.S. is a ploy to use children as weapons against the fossil fuel industry.

Julia Olson, an environmental attorney based in Oregon who runs the nonprofit Our Children’s Trust, kickstarted the lawsuit and soon brought Jayden and others aboard her crusade, including former NASA scientist James Hansen, who joined the campaign on behalf of his granddaughter, Sophie Kivlehan.

Olson appeared on the March 3 “60 Minutes” interview and dismissed the idea that she and other adults are using Jayden and others as pawns.

“They get quite offended on that comment and at that question — they are very much using me,” she told CBS’s Steve Kroft in response to a question about whether she’s using the kids.

Their case has been held up for months. The U.S. Supreme Court in November 2018 decided not to block the lawsuit after Chief Justice John Roberts granted the government a stay in October 2018. The court’s order said the government should seek relief before the 9th Circuit.

Cherri’s group has not yet responded to TheDCNF’s request for comment about the nature of her evolution to anti-oil activist or whether her criminal record could affect her daughter’s lawsuit.