Fox News’ Dana Perino criticized the Democratic presidential candidates who have come out in favor of dismantling the Electoral College, during her Wednesday appearance on “Tucker Carlson Tonight.”

California Sen. Kamala Harris, Massachusetts Sen. Elizabeth Warren and former Texas Rep. Beto O’Rourke have all stated their belief that the country should do away with the Electoral College and elect presidents via the popular vote.

“It’s a litmus test, right? Is there a Democratic candidate who is saying no? Cory Booker kind of tapped the breaks on it, whoa, whoa, whoa, I don’t know. But he will get there. This is happening,” Perino stated. “Remember, it’s Eric Holder also, I think, who during the Obama administration suggested this. But the Democrats didn’t need to talk about this when President Obama was president because he won the Electoral College. Okay?” (RELATED: Democratic Lawmaker Introduces Constitutional Amendment To Abolish The Electoral College)

“The institutions have held up but the Democrats are now talking about actually dismantling those institutions. And what is interesting to me is that the reason that the country is set up this way with different states is because we are republic. You have a representative government,” she continued.

“If you do away with that and you just elect the president by whoever lives in New York and California, then, and you just erase all of those boundaries, then you truly are for open borders,” Perino concluded. “Then you are no longer of the United States of America. You are like united people of America where perhaps, not so united, right, just the people of America.”

Republican Florida Sen. Marco Rubio rebuked the Democrats’ plan to get rid of the Electoral College on twitter Tuesday morning. 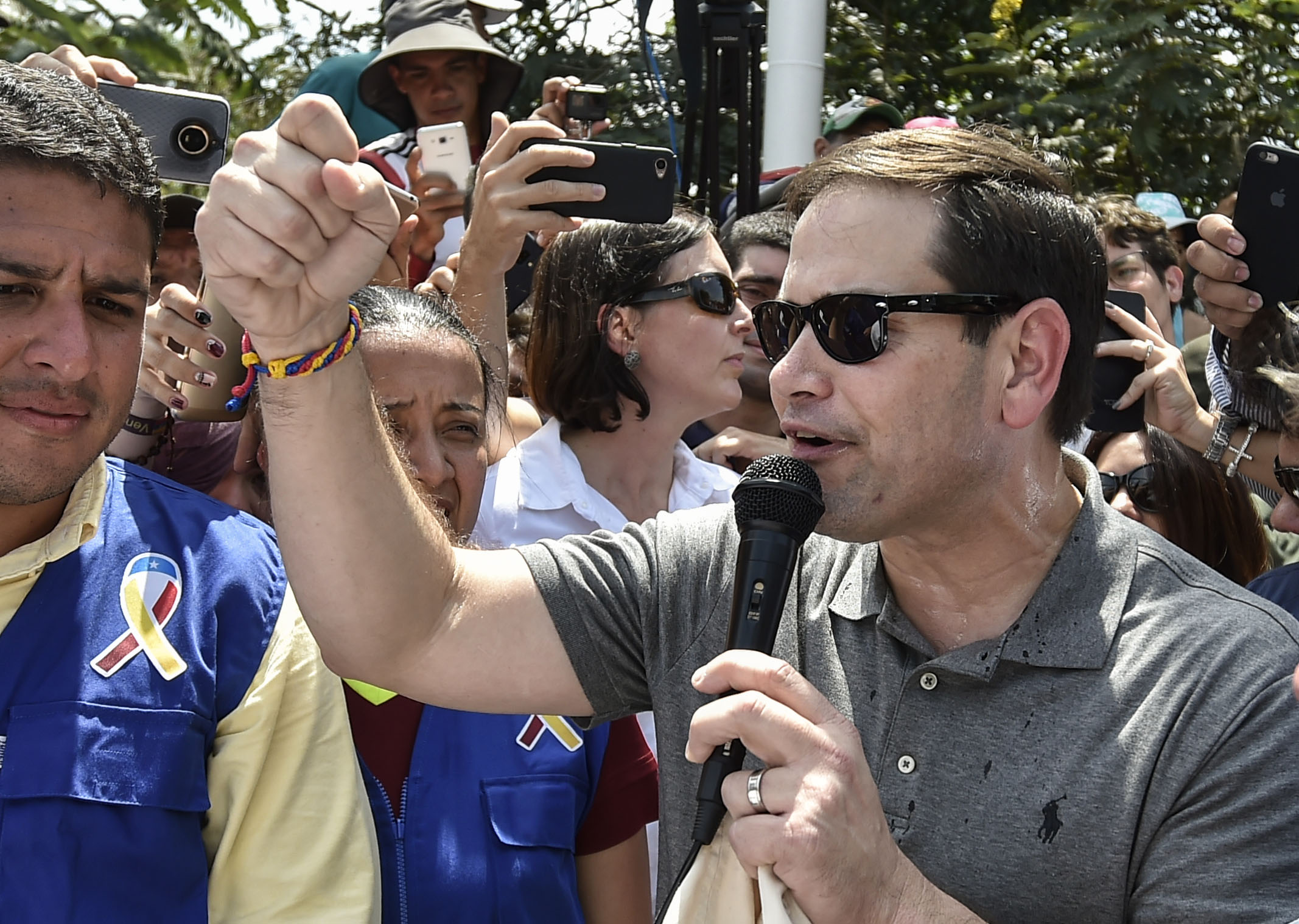 US senator Marco Rubio, addresses the press on the humanitarian aid shipments sent by the US government for Venezuela that are stockpiled at a collection center in the Colombian border, at the Simon Bolivar international bridge in Cucuta, Colombia, border with San Antonio de Tachira, Venezuela on February 17, 2019. (LUIS ROBAYO/AFP/Getty Images)