The BBC apologized to Ukrainian President Petro Poroshenko and will pay him damages over a false report that he paid hundreds of thousands of dollars to meet with President Donald Trump.

The inaccurate article was published in May 2018 and claimed that Poroshenko paid $400,000 to former Trump lawyer Michael Cohen in order to extend a brief 2017 meeting with the U.S. president. The story has since been scrubbed from the BBC website. (RELATED: Ukrainian President Pedro Poroshenko Praises Trump’s Leadership Against Russia)

According to an archive of BBC.com, the article was the lead story on the website. At the time, Poroshenko’s administration called the story a “blatant lie, slander and fake.” 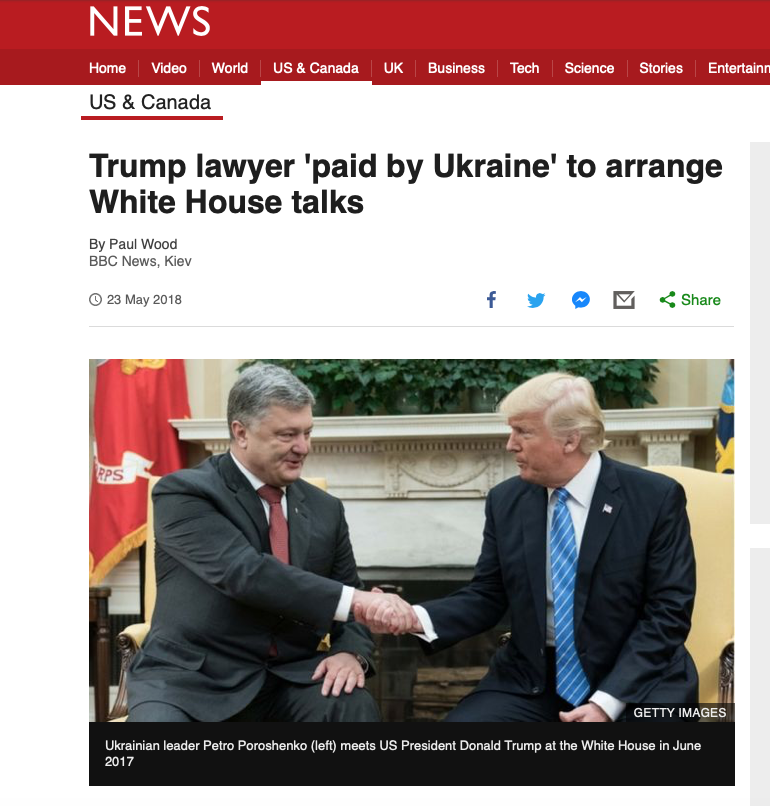 “We apologize to Mr. Poroshenko for any distress caused and have agreed to pay him damages, legal costs and have participated in a joint statement in open court,” BBC said on its website Thursday. The apology continues:

In our News at Ten bulletin and in an online article published on May 23, 2018, we incorrectly reported that Petro Poroshenko, the President of Ukraine, had procured or authorised a corrupt payment of $400,000 to be made to Michael Cohen, the personal lawyer of Donald Trump, to extend a brief meeting between Mr. Poroshenko and President Trump, that had already been agreed, into more substantial talks.

In its correction, BBC also claims they never intended to make the accusation that Poroshenko had paid to extend the meeting. However, the High Court found during arbitration “that the allegation was as set out” by the BBC.

“We are happy to accept that this allegation was untrue,” BBC stated.