Pope Francis decried President Donald Trump’s proposed border wall, saying it would make the U.S. a prisoner and that rejecting migrants was unjust.

Francis disparaged the Trump administration’s stance on immigration in an interview with Spanish journalist Jordi Evole from La Sexta on Friday before leaving for his trip to Morocco. The pontiff criticized not only the U.S., but also other countries that have put up physical barriers to illegal migrants, like Spain. (RELATED: Viral Video Of Pope Francis Rejecting Kisses From The Faithful Raises Questions)

“He who raises a wall ends up a prisoner of the wall he erected,” Francis said, according to Crux Now. “That’s a universal law in the social order and in the personal one. If you raise a wall between people, you end up a prisoner of that wall that you raised.”

“Yes, I defend my autonomy, yes. But you’re left alone like a mushroom,” he added.

Francis also decried the fences that Spanish authorities put up, which have spikes atop them to deter migrants, as “shameful.” He argued that war, famine and poverty motivate migrants to leave their countries, and that Catholic faithful should be “coherent” in living according to the Gospel by welcoming migrants.

Francis laid the blame for poverty and war at the feet of capitalism, saying it provokes the situations that cause migrants to flee their home countries. He said nothing, however, concerning the destructive influence of socialism that has created social, political and economic crises in South American countries like Venezuela. 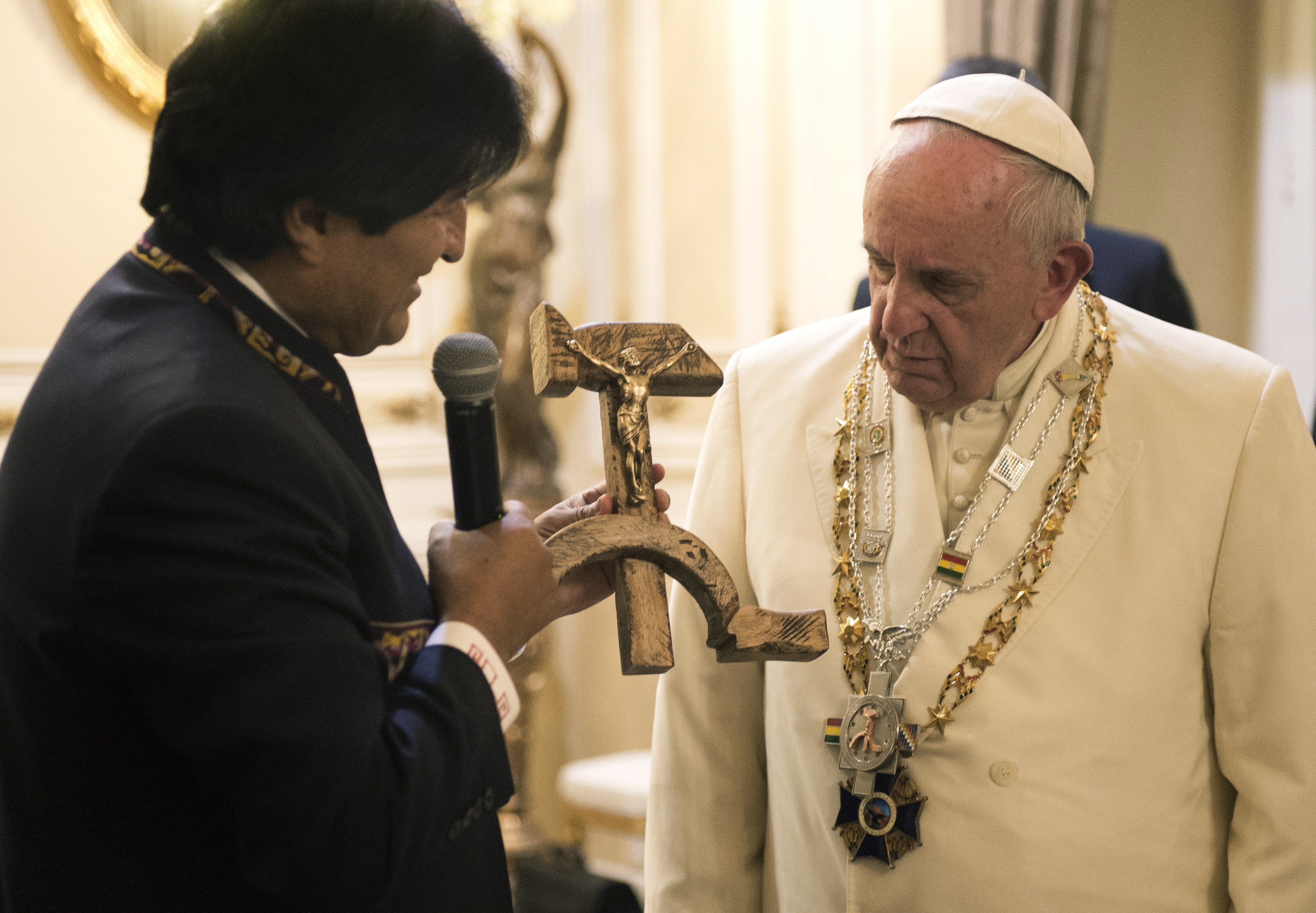 “This is the hourglass,” Francis said. “Capitalism conceived of as a savage, not a social market economy […] What doesn’t work is the world of finance. This also creates wars, for the possession of wealth, does it not, whether they are international or national? I argue that we are already in a third world war, in pieces.”

Though Francis has not blatantly promoted communism or socialism, he has made several statements that seemed to support Marxist ideologies to a degree, and reflected aspects of Marxism in his proposed policies to combat climate change, which involve imposing heavy economic regulations. The pontiff also garnered criticism for accepting a gift of a hammer and sickle crucifix from Bolivian President Evo Morales.