An appeal to the U.S. Supreme Court could follow a March 19 decision allowing the families of nine Sandy Hook victims to sue Bushmaster Firearms, the gun manufacturer that produced the XM15 rifle shooter Adam Lanza used to kill 26 people.

Though a federal law called the Protection of Lawful Commerce in Arms Act (PLCAA) shields gun makers from civil liability in most instances, the Connecticut Supreme Court said the Sandy Hook plaintiffs can sue Bushmaster under the state’s unfair trade practices law. The plaintiffs say Bushmaster’s marketing campaigns encouraged civilians to use the XM15 for criminal purposes.

“These defamatory allegations are blatantly false and any advertising by the defendants could not conceivably have been a proximate cause of the murderous rampage at the school,” Dr. Stephen Halbrook, a Second Amendment litigator, told The Daily Caller News Foundation.

“This is the very kind of case the PLCAA was intended to prevent,” he added.

“This is like suing Ford or General Motors because a car they sold was stolen and used to run over a pedestrian all because the car manufacturers advertised that their car had better acceleration and performance than other vehicles,” the Second Amendment Foundation’s Alan Gottlieb said in a statement.

Halbrook believes Supreme Court review may be warranted in this case for at least two reasons. First, the Connecticut Supreme Court’s ruling conflicts with other judicial decisions. The justices are likely to intervene when multiple courts disagree about the same question of law. (RELATED: 2A Groups Furious After Court Allows Sandy Hook Families To Sue Gun Makers)

One such ruling, from the 9th U.S. Circuit Court of Appeals, dismissed a lawsuit alleging that Glock Inc. intentionally saturated the gun market in order to capitalize on illegal sales. As in the Sandy Hook case, the plaintiffs accused Glock of reckless marketing strategies which created a risk that buyers would use its product for criminal activities.

Second, Halbrook said the Connecticut decision touches an important question of federal law that warrants definitive resolution, another criteria the Supreme Court considers when deciding which cases it will hear. 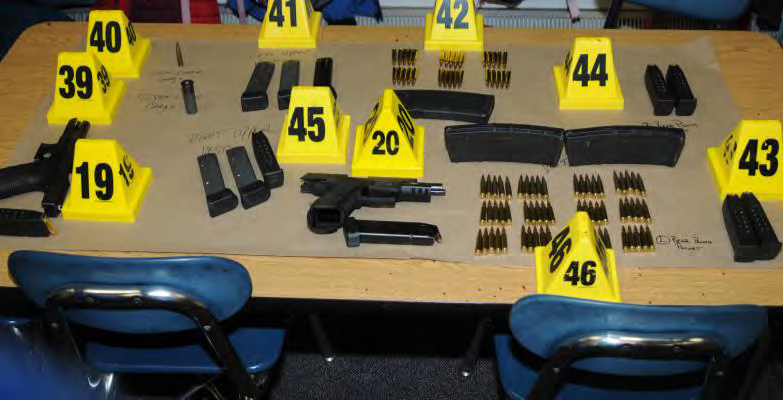 Time could be a complicating factor for Bushmaster should they seek Supreme Court review. When the justices are asked to hear a case, each side files a succession of briefs and counter-briefs over an approximately three-month period. Assuming that typical three-month filing interval, the justices will not formally consider a Bushmaster petition until the middle of June.

The Court adjourns for the summer at the end of June, and will not resume consideration of prospective cases until the fall. As such, a decision on a Bushmaster petition might not come until at least October.

Were the Court to grant the petition, the justices would most likely hear the case in early 2020. A decision would follow by June of that year.

If the justices deny Bushmaster’s petition, the case will return for further proceedings in the trial court, where Halbrook predicted that the plaintiffs will use the evidence gathering phase to seek a wide range of information about Bushmaster’s internal operations.

“The case will be remanded to the Connecticut trial court, where plaintiffs will use discovery to harass the defendants and to require production of limitless documents on every aspect of their businesses, no matter how remote,” Halbrook told TheDCNF.

The justices will hear another Second Amendment case next term. The Court will decide whether a New York City’s ordinance governing the transportation of licensed firearms is consistent with the Constitution. The policy at issue provides that licensed gun owners may only transport their weapons to authorized gun ranges within city limits.

Lawyers for Bushmaster did not respond to TheDCNF’s inquiries.