The 4-3 decision found that the plaintiffs — the families of nine victims — can sue Bushmaster under state unfair trade practices law, despite a federal statute that protects the gun industry from most lawsuits.

“This is like suing Ford or General Motors because a car they sold was stolen and used to run over a pedestrian all because the car manufacturers advertised that their car had better acceleration and performance than other vehicles,” said the Second Amendment Foundation’s Alan Gottlieb.

“This ruling strains logic, if not common sense,” Gottlieb added. “The court dismissed the bulk of the lawsuit’s allegations, but appears to have grasped at this single straw by deciding that the advertising is somehow at fault for what Adam Lanza did that day in December more than six years ago.”

The National Shooting Sports Foundation (NSSF), which filed an amicus (or “friend of the court”) brief sporting Bushmaster, said the court was exploiting a narrow exception to the Protection of Lawful Commerce in Arms Act (PLCAA) that shields gunmakers from civil liability in most instances.

“In a strongly worded and well-reasoned dissent, Chief Justice Robinson rejected the majority’s overly broad interpretation of the scope of the limited exception, which is contrary to legislative text, canons of statutory interpretation and the legislative history of the PLCAA,” NSSF said in a statement. “The majority’s decision today is at odds with all other state and federal appellate courts that have interpreted the scope of the exception.”

That exception cancels the gun manufacturer’s immunity if it knowingly breaks a law “applicable to the sale or marketing of the product.”

In other words, the plaintiffs believe that Bushmaster’s advertising scheme violated Connecticut’s unfair trade practices law, because it encouraged the use of its weapons for unlawful purposes. (RELATED: Supreme Court Takes Up First Gun Rights Case In A Decade)

Lanza used an AR-15 style rife called the XM15 during his rampage. The plaintiffs say Bushmaster glorified the weapon’s “militaristic and assaultive qualities,” tailoring a campaign with depictions of soldiers on patrol and promises of total dominance in combat. Such images appealed to disillusioned men, supplemented with slogans like “consider your man card reissued.” 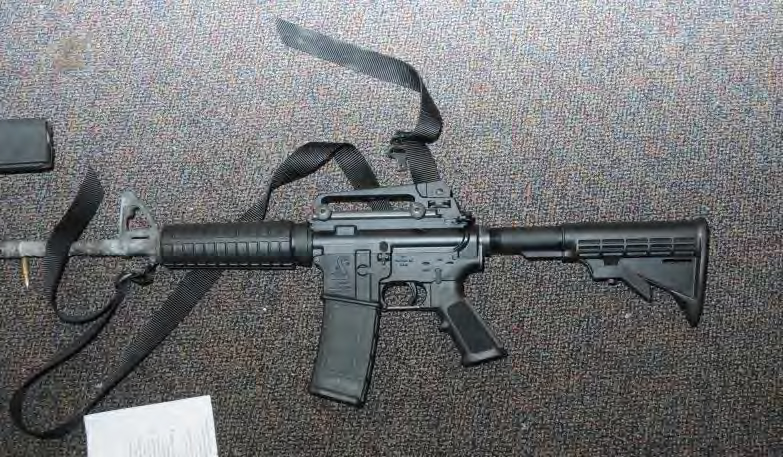 Those appeals were especially effective with Lanza, they say, since he was an avid player of violent video games and aspired to a career as a special operator in the armed forces. Though Lanza had access to a cache of weapons — including handguns, shotguns, two rifles, and three swords — the plaintiffs said Bushmaster’s promotions prompted Lanza to choose the XM15 from his family’s stockpile, thereby making his shooting spree far more deadly.

However, Lanza did not himself buy the XM15 — he stole the gun from his mother, who purchased it lawfully from a retail gun dealership in March 2010. For that reason among others, the Connecticut Supreme Court acknowledged the plaintiffs will have a hard time proving their allegation.

“The plaintiffs allege that the defendants’ wrongful advertising magnified the lethality of the Sandy Hook massacre by inspiring Lanza or causing him to select a more efficiently deadly weapon for his attack,” the decision reads. “Proving such a causal link at trial may prove to be a Herculean task.”

Gottlieb went further, arguing there is no evidence connecting Lanza with Bushmaster’s practices.

“There is no evidence the killer was driven by any advertising whatsoever,” he said. “This is an affront to the First Amendment as well as the Second. Even hinting that the killer was motivated in some way by an advertising message is so far out in the weeds that it may take a map for the court to find its way back.”

The case need not reach a verdict to damage the firearms industry. The pre-trial discovery phase will give the plaintiffs access to Bushmaster’s internal communications and other sensitive records, which could itself prove harmful to the company.

An appeal could follow to the U.S. Supreme Court.

Lanza killed 27 people Dec. 14, 2012. After murdering his mother, he stormed Sandy Hook elementary at 9:30 am where he killed 20 students and six staff. Several others were wounded. The student victims were 6- and 7-year-olds in the first grade.