Fans are reacting to the shocking murder of superstar rapper Nipsey Hussle by buying up his music, making his numbers skyrocket on sites like Amazon and iTunes.

The “Double Up” hitmaker’s music sales have soared on music sites since people learned the sad news Sunday that he was shot in Los Angeles leaving his Marathon clothing store, per TMZ Monday. He was later pronounced dead at the hospital. Hussle was 33. (SLIDESHOW: These Women On Instagram Hate Wearing Clothes) 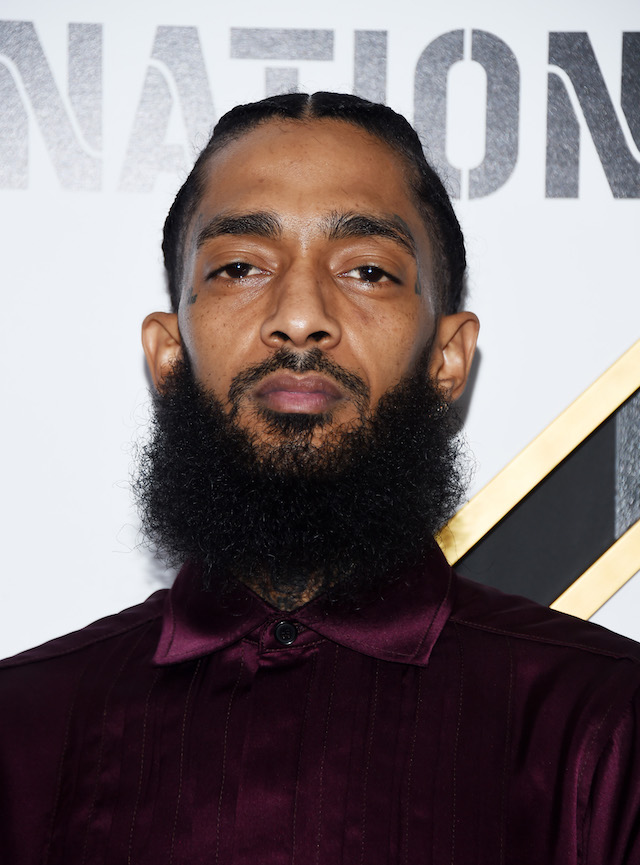 Nipsey Hussle arrives at the 2019 Roc Nation THE BRUNCH on February 09, 2019 in Los Angeles, California. (Photo by Amanda Edwards/Getty Images)

His other album’s and mix tapes currently occupy the top four slots on the same list, with “Victory Lap” jumping to the number two spot on the site’s bestsellers in digital music.

And on iTunes the superstar rapper‘s music is ranked second on the album chart, with his mix tape “Crenshaw” moving up to the number twelve spot.

“Victory Lap” was nominated this year for a Grammy Award and just lost out to Cardi B‘s record.