Linda McMahon will reportedly help raise money for President Donald Trump’s re-election campaign after leaving her position as head of the Small Business Administration, according to Politico. 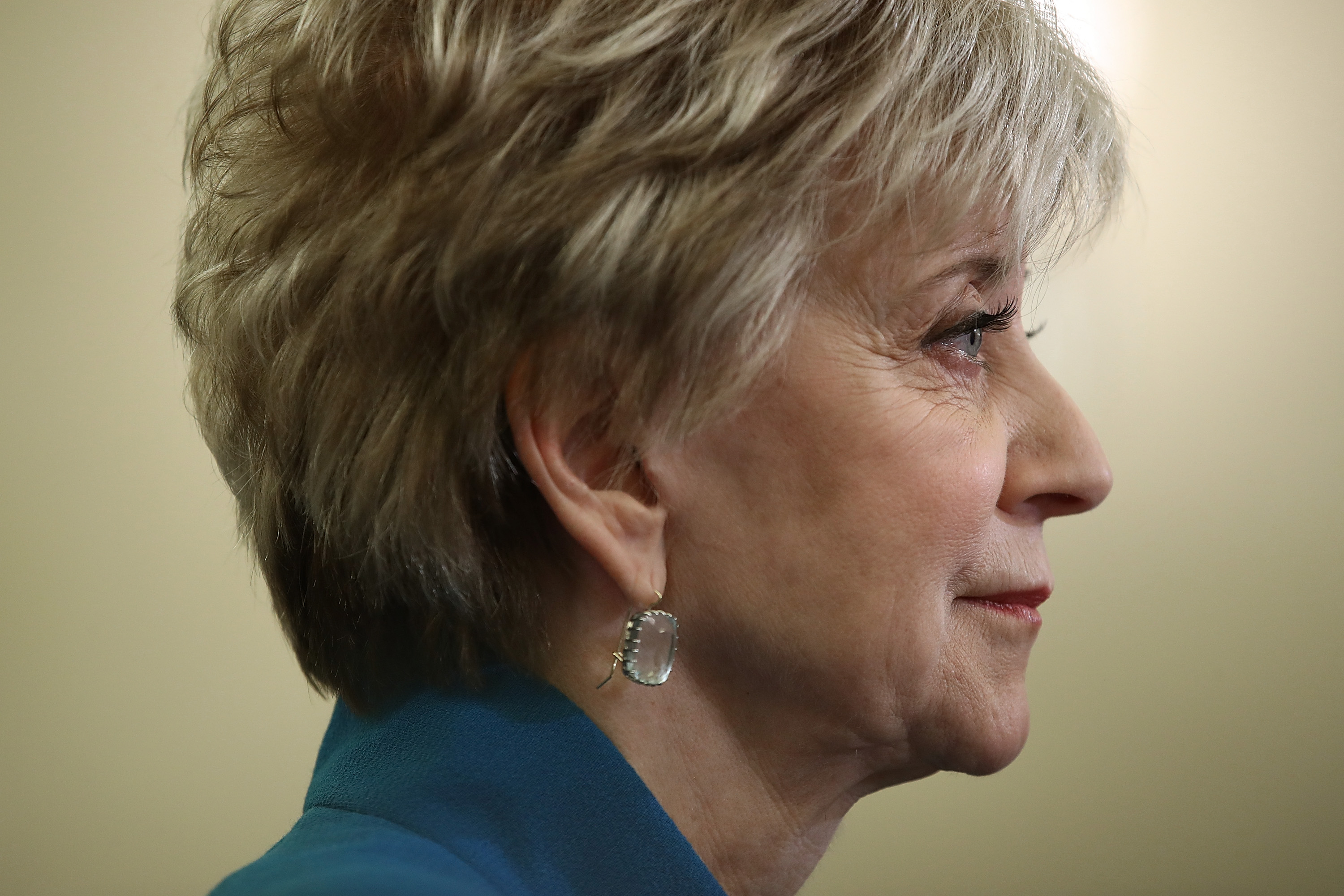 The super PAC had been searching for a savvy chair with deep big donor connections, a good fit for McMahon, who, together with her husband Vince, owns World Wrestling Entertainment. They have a reported net worth of $3.2 billion, according to Forbes. Over the years, the McMahons have donated millions to conservative campaigns and causes, including the Donald J. Trump Foundation. (RELATED: Pro-Trump Super PAC Struggles To Find Savvy Warrior For Top Spot)

McMahon stepped away from managing WWE to run for the Senate in deep-blue Connecticut, losing in 2010 and 2012 to Democrats Richard Blumenthal and Christopher Murphy, respectively, despite outraising each. Trump contributed $5,000 to her candidacy, according to OpenSecrets.

America First Action, the super PAC that McMahon is expected to command, is affiliated with America First Policies, a 501(c)(4) nonprofit founded by Trump 2020 campaign manager Brad Parscale and several top Trump aides, according to The Associated Press. The super PAC disclosed receipts of nearly $40 million in 2018, with $10 million coming directly from Sheldon and Miriam Adelson.

Previously, America First was chaired by Tom Hicks Jr., who was tapped to co-chair the Republican National Committee in January. McMahon’s last day at the SBA is Apr. 12. Her replacement at the SBA has not yet been announced.

America First Action declined to comment on the matter for Politico.

SBA and America First Policies did not immediately respond to The Daily Caller News Foundation’s request for comment.