A new book suggests that, while President Donald Trump and Melania appear to rarely have time to spend together, they actually have very long private dinners during trips to Mar-a-Lago.

According to a new book titled, “Mar-a-Lago: Inside the Gates of Power at Donald Trump’s Presidential Palace” by author and part-time Palm Beach, Florida, resident Laurence Leamer the first couple spend lengthy dinners together, sometimes lasting “three hours” when the Trumps are at the resort on the weekends, per CNN on Monday. (RELATED: Tiffany Trump Stuns In Sleeveless Black Dress At WH Christmas Party) 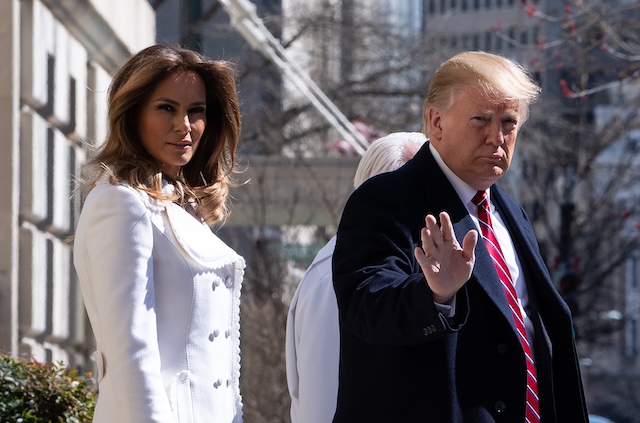 “What married couple spends three hours together alone at dinner?” Leamer asked. “They’re there so long, other people are leaving and they’re just … there.”

“They dine for hours,” he added. “He likes a small table, a four-person table, so people can come over to say ‘hello’ but there’s not enough room to invite people to join.”

Leamer continued, “It’s extraordinary for what a public personality Trump is that part of him is very private, and so is she. I am talking in the sense he and she don’t necessarily like interlopers. Trump has always got to be the center of attention, so if you go to someone else’s party, he’s not always going to be that.” (RELATED: Ivanka Turns Heads In Yellow And Black Floral Dress During Munich Trip)

“She [Melania] is on his arm, spectacularly dressed, even if just for the members to see,” Leamer explained. “Mar-a-Lago is the one place where he feels truly relaxed, he feels comfortable there — and I think that’s true of her as well.” 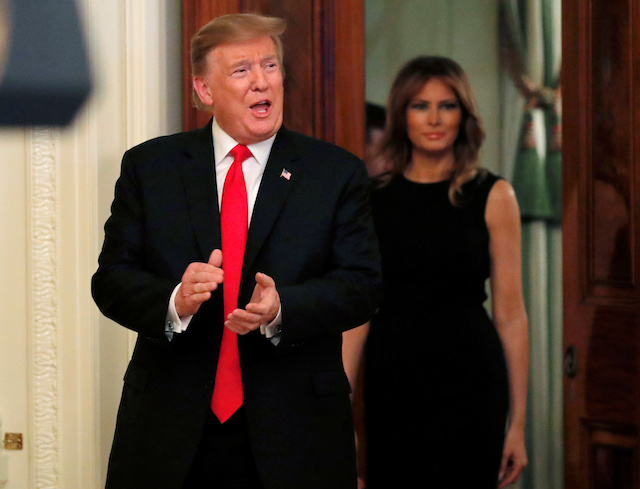 “Those two will go and sit at dinner, and they are in the most in-depth conversations, and will talk and sit there for hours, literally,” an official with the White House shared with the outlet. (RELATED: Ivanka Turns Heads In Gorgeous Yellow Plaid Skirt Suit)

At one point, Leamer also talked about how the first lady uses her time at the resort as a place of respite away from Washington, D.C., and the chaos.

“She has a long history with Palm Beach, yes, but she stays to herself for most part,” Leamer shared. “All these ladies in Palm Beach, they go to Worth Avenue to shop, they dress up and they pay these exorbitant prices for clothes and things, and that’s part of the scene. That’s what they do here, that’s the life. But not Melania Trump.”