President Donald Trump brushed off criticism Friday from former first lady Barbara Bush before her death, which was recently revealed in a new biography.

U.S. senators from the states of Texas and Maine introduced legislation to put the likeness of former President George H.W. Bush and first lady Barbara Bush on limited edition currency in 2019 to honor their memory. Justin Sullivan/Getty Images

“I have heard that she was nasty to me, but she should be. Look what I did to her sons,” Trump said Thursday in an interview with The Washington Times. (RELATED: Jeb Bush Wants ‘Someone’ To Challenge Trump In GOP Primaries)

Bush told biographer Susan Page before her death that she did not like Trump going all the way back to the 1990s when she wrote in her diary, “Trump now means greed, selfishness and ugly. So sad.” Bush elaborated that because of Trump’s takeover of the Republican party that she would no longer say she is a Republican.

Bush also kept a countdown clock by her bedside, which was marked to the end of Trump’s first term in office, and blamed him for a heart attack that she suffered before she died. Bush died in April 2018 and was given a full state funeral. Her husband, former President George H.W. Bush, passed away in November 2018. 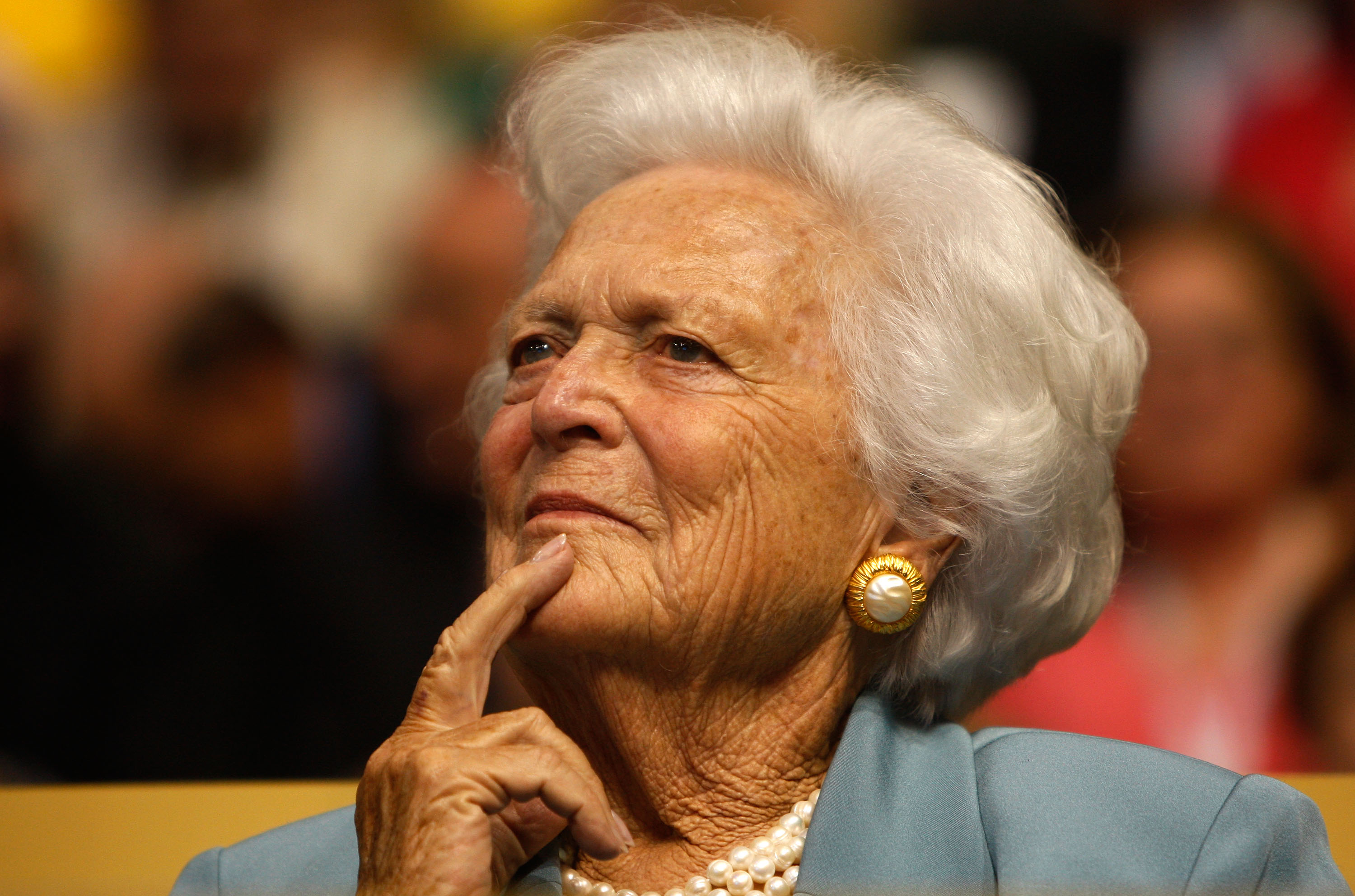 Trump had an acrimonious relationship with the Bush family throughout the 2016 presidential campaign and said he believes that Bush’s criticism of him stems from that.

“Look, she’s the mother of somebody that I competed against … most people thought [Jeb] was going to win and he was quickly out … I hit him very hard in South Carolina … remember? He was supposed to win South Carolina and I won it in a landslide,” Trump continued in his latest remarks. “I hit him so hard.”