President Donald Trump said he would not be worried if former Vice President Joe Biden decides to run against him in the 2020 presidential election, adding that he thinks Biden would only hurt himself.

“I don’t see Joe Biden as a threat. No, I don’t see him as a threat. I think he is only a threat to himself,” Trump told reporters as he departed the White House on Friday to head to the U.S.-Mexico border in California, amid what many have been calling a border crisis. 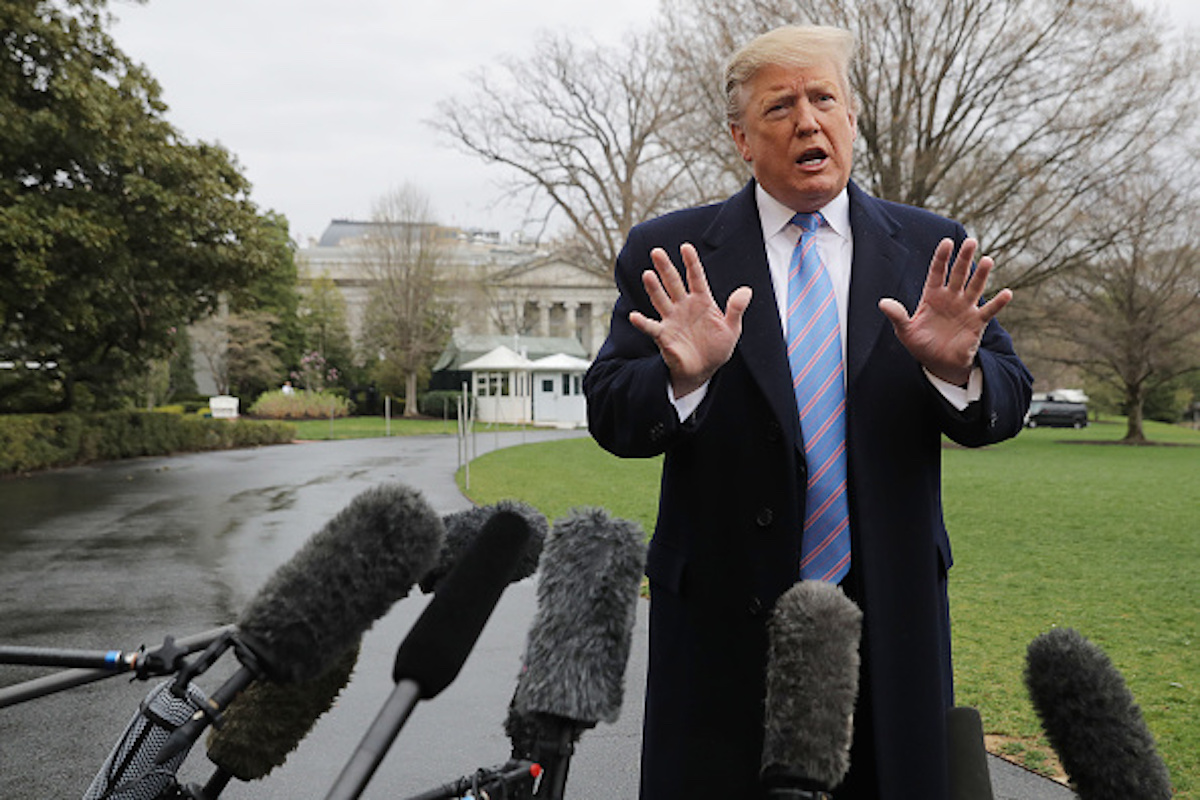 President Donald Trump talks to reporters as he leaves the White House April 05, 2019 in Washington, DC. Trump is traveling to Southern California to visit the U.S.-Mexico border and to Beverly Hills for a fundraiser. (Photo by Chip Somodevilla/Getty Images)

Biden is expected to announce his bid for the presidency in the coming weeks, but has been hit with multiple allegations of inappropriate behavior, including unwanted touching, from various women, who have came forward to various media outlets to describe instances when Biden made them feel uncomfortable. (RELATED: Trump Trolls Joe Biden With Meme After Allegations Of Creepy Behavior)

“I’ve always wanted to make a human connection,” Biden said in a video posted to his Instagram.

He continued that he’d work to become more respectful of people’s personal space.

“I’ll be much more mindful — that’s my responsibility.”

Democrats such as House Speaker Nancy Pelosi have been defending Biden, saying she does not “think it’s disqualifying.”

Trump has since given Biden the nickname “Creepy Joe.”